HERE is my confession. I have never been to an ANZAC Day dawn service. I have been to numerous war sites around the world, I’ve played two-up with Diggers in my local RSL on ANZAC Day, and watched them march on the streets of Brisbane, but I have never risen before the sun to listen to the hauntingly beautiful Last Post, which honours our soldiers who have died in global conflicts. 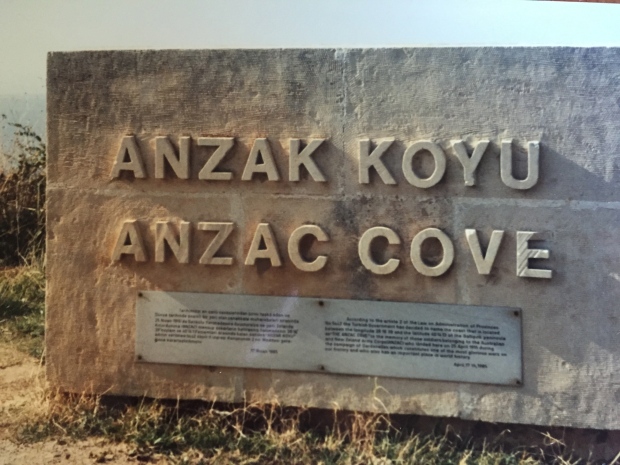 As a young backpacker, I followed in the footsteps of my peers and made the trek to Gallipoli to see where so many Aussie lives were lost on that impossible stretch of beach. I have stood in the trenches where they bled out and died. I remember the undeserved awe in which the Turkish regarded my pilgrimage, so astounded were they that so many young Australians would cross the oceans to honour their dead. I’ve visited the Egyptian pyramids from where the Aussies did some of their training in preparation for Turkey.

I have knelt in the gas chambers of Dachau in Germany and Auschwitz in Poland and wept at the futility of war itself. I have scanned the piles of suitcases, teeth, hair combs, reading glasses and shoes, and tried to imagine how those captured by the Nazis endured their fate. Tried to fathom the stroke of dumb luck that makes one person survive a war and another perish. I have sauntered through Switzerland and marvelled at how a country so tiny, and in the midst of all the combating countries, could remain neutral. 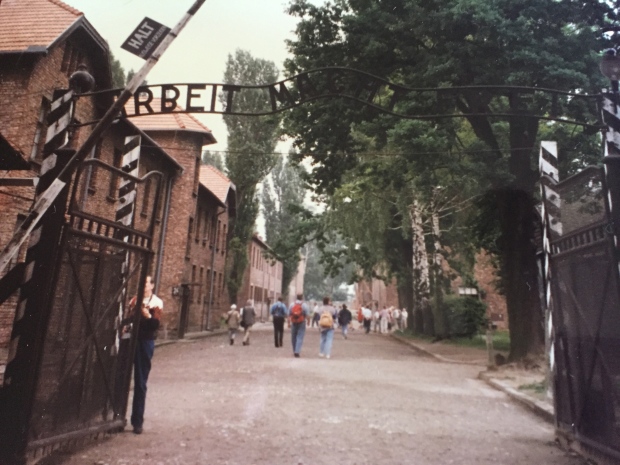 In London, I have stayed in the Savoy which miraculously only sustained minor damage during the bombings of World War Two, retained its stiff upper lip and kept trading, and from where Winston Churchill regularly took his Cabinet to lunch. It is believed Churchill made some of his most important decisions regarding the war from the Savoy, whose air-raid shelters were considered some of London’s toughest. And like so many Aussies, I have stood in the London Underground and tried to imagine its role as an air-raid shelter.

I have sat on the shores of Pearl Harbour and imagined the Japanese fighter planes overhead. On the other side of Oahu, I have seen the beaches from where local Hawaiian kids fled when they saw the jets overhead, before racing inside and crowding with frightened family members around a simple transistor radio to try to understand what was happening to their peaceful paradise.

In south-east Asia, I have witnessed the effects of war and the cruel regime of Pol Pot in Cambodia in the torture chambers of Phnom Penh and on the streets littered with the limbless in Siem Reap. I have visited the many war museums of Saigon in Vietnam and crawled through part of the Cu Chi Tunnels before becoming overcome with claustrophobia. In Thailand, I have visited the River Kwai many times, and walked along the railway sleepers, the construction of which claimed the lives of so many Australian soldiers. I have paused on the site of Singapore’s Changi Prison and attempted to feel what it must have been like to survive the heartless humidity and the chaos of capture.

As recently as last month, I was up in Papua New Guinea where I learned that it was actually in Rabaul that the first Australian soldier lost their life in any global conflict back in 1914. There’s war history galore there and I walked into in one of the tunnels which the Japanese forced the Aussies, along with other Allied soldiers, to build so that the enemy could store their food, weapons and themselves during air raids. I visited the Bitapaka War Cemetery, funded by AusAID, which pays homage to thousands of soldiers, many of them Australians. There’s even a remaining tree there from which the Germans are said to have climbed to shoot at the Aussies during World War One.

Thanks to the ANZACS, I’ve been granted the freedom to travel the world and to experience their stories. Because of them, I live in a free and beautiful country. On this ANZAC Day, and not just because it’s the 100th anniversary since the ANZACS tried to steal Gallipoli but because it’s high time, I intend to set my clock, rise before the kookaburras, and tip my hat in their honour and of all of those who have perished in war. Lest We Forget.

12 thoughts on “Saluting the Anzacs”