On Sunday, the world celebrated another International Women’s Day. But how far we come in addressing gender equality globally? I speak with WOW (Women of the World) Australia 2020 Executive Producer Cathy Hunt, whose conference will explode onto the stages of the Brisbane Powerhouse from April 2 to 5, with more than 100 speakers including former Governor General Quentin Bryce and Australia’s first female Prime Minister Julia Gillard.

We’ve just celebrated International Women’s Day. Where do women currently sit?
I know that we are slipping and we’ve been slipping on many different charts. Even though we see some fantastic work, it is a hard one to push past a particular threshold. You’ve got to keep the conversation going and push these boundaries. This is not a zero-sum game. There are not “x” number of jobs and women are going to steal your jobs. If we had true gender equality it would mean more jobs for everyone.
What are the big issues women still face?
Some of the big cultural issues, and these are cultural issues, are the issues of domestic and family violence. We are still counting dead women. What is that truly about? When you pare that whole thing down it is that lack of equality from the start, which is why we do a festival.

What about men? Should there be a similar festival for men?
There is with WOW in London. They do a festival all about men. In Brisbane we include some of these elements. We are trying to open WOW up now. The odd man has come to a conversation and they walk out and the first thing they say is “it was brilliant, I wish more men could hear that.” We are encouraging everyone to bring a bloke to WOW.
Are there any male speakers?
Yes. On Wednesday, April 1, director Tom Donahue will talk about his film This Changes Everything. On Thursday, April 2, Social Commentator Jane Caro will interview Journalist David Leser about his #metoo movement book men, women & the whole damn thing. On Friday, April 3, David Leser, specialist in gendered violence Professor Patrick O’Leary, former cricketer/now educator Michael Jeh, and Group Executive Aurizon Ed McKeiver, will discuss the issue of domestic violence, and how it is not a “women’s problem” in a session called Owning It. 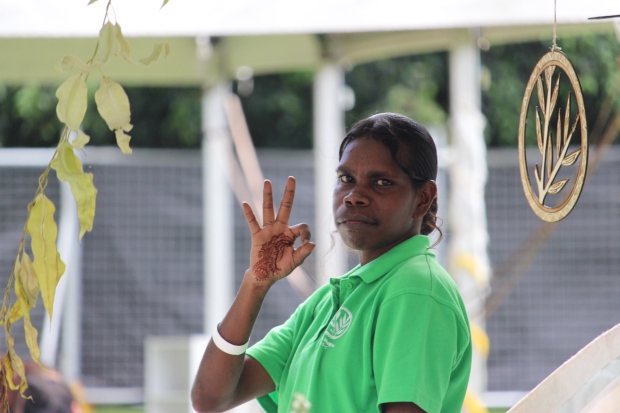 You also have an Under 10s Feminist Corner. What do children this age understand about feminism and what do you wish to teach them?
There’s one for boys and one for girls and they are specific workshops which teach children about issues in the playground and at home. At WOW London one year, one of the Under 10s created a petition about the issue of boys’ toys and girls’ toys and they got thousands of signatures. It was presented to a particular toy shop in London. They may not understand the term feminism, but they understand about inequality more than we realise because they begin to see the way genders are treated differently. It all starts too early, blue for a boy and pink for a girl.
You describe the main event as “three days of fun, laughter, inspiration and reflection”. What is the MAIN message you wish attendees to take home?
We want to inspire women and girls to make changes in their lives for the better and we want to give them the confidence to do that. We want to provide them with skills they may need along the way and introduce them to new networks and people on that journey. We want to bring men along on the journey with us. If you look at the UN Sustainability goals for 2030, gender equality is one of those goals. I am a true believer we won’t meet any of these goals until we have gender equality. How can we solve the climate crisis and poverty unless we think about women and children? We want people to go away inspired that they can change a situation.

Tickets to WOW are on sale now through wowaustralia.com.au, Brisbanepowerhouse.org and premier.ticketek.com.au. This colourful program includes a cabaret extravaganza Glittery Clittery, songstress Christine Anu in concert, and Spinifex Gum – a choir of young Indigenous women. Other highlights include workshops, short talks, readings and soapbox moments, and a healing space.