THERE were men with mops, half a dozen flaming hot firemen, a flirtatious French Canadian and even a couple of monkey masks. No, I am not talking about my latest sexual fantasy, but my “behind the seams” tour of the newest Cirque du Soleil show which opened in Brisbane on Friday night. Presented with the opportunity to witness what it takes to pull together a performance such as Totem, I leapt at the chance after all, I am a woman and a journalist, which makes me the nosiest person on the planet. And I was not disappointed with my detective work.

I arrived early, at the wrong gate, but that was just fine, as I stumbled across a couple of men with mops where it occurred to me for the first time in my circus-going history that not only could men use mops, but even the tents need to be washed. This was confirmed when I finally made it to the correct gate and saw another cleaner, abseiling down the side of the Grand Chapiteau like a Cirque du Soleil performer himself, with a hose. And I thought only elephants got washed at circuses. (Note: there are no elephants at this circus). There are also, thankfully, few clowns, as The Global Goddess has a clown phobia. I don’t like seeing them at the circus and I certainly don’t like dating them.

Fortunately, I’m met by handsome French Canadian Publicist Francis Jalbert with whom I am to spend the next hour sneaking and peeking around the tents. Unfortunately there are half a dozen other journalists also on this tour, but for this one hour I pretend it’s just me and Francis with his ooh-la-la accent, as he explains the production behind the production.

It takes 85 giant containers to move the show from one city to another, with Brisbane being the 30th destination for Totem, which has been on the road for an incredible 15 years. But there are plenty of techniques to ensure the show, and the performers, don’t go stale. The show is recorded each and every evening and watched by the performers, who hail from 16 different countries, in a bid to perfect and correct any moves. In addition 250 locals are hired to assist in the set up for a show like Totem, which takes three years in the making – two simply to bring the ideas together and the last in which the artists are trained in their acts. 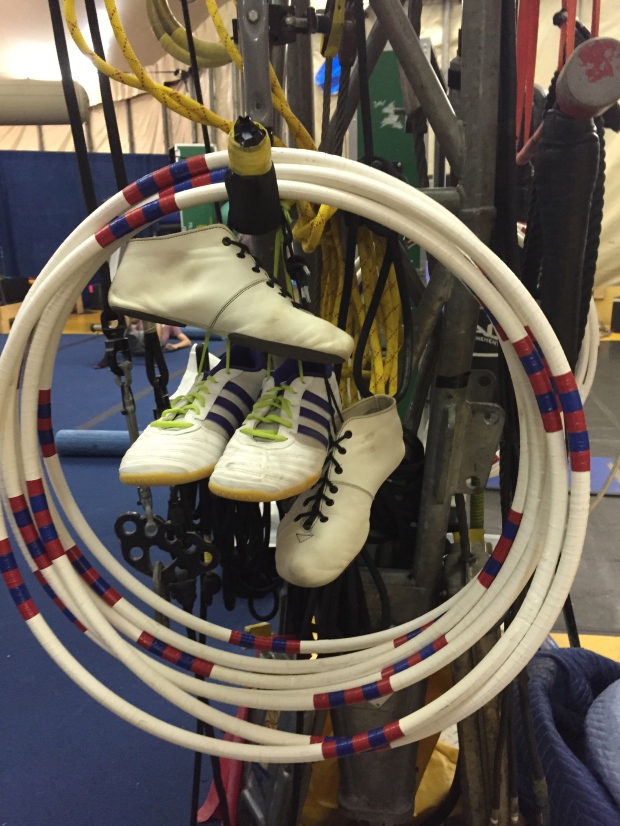 “We try to keep the show young and fresh for us and also for the audience,” Francis says.
“There is a lot of technique involved even though it is a tent. We have a grey set video screen at the centre to emulate effects such as water. It is like you are travelling with us for 2.5 hours.
“It is a live performance and anything can happen, especially with a show like this. Most of the performers will tell you they like to make mistakes as it is challenge as to how they recover from it. And the audience loves that too.” 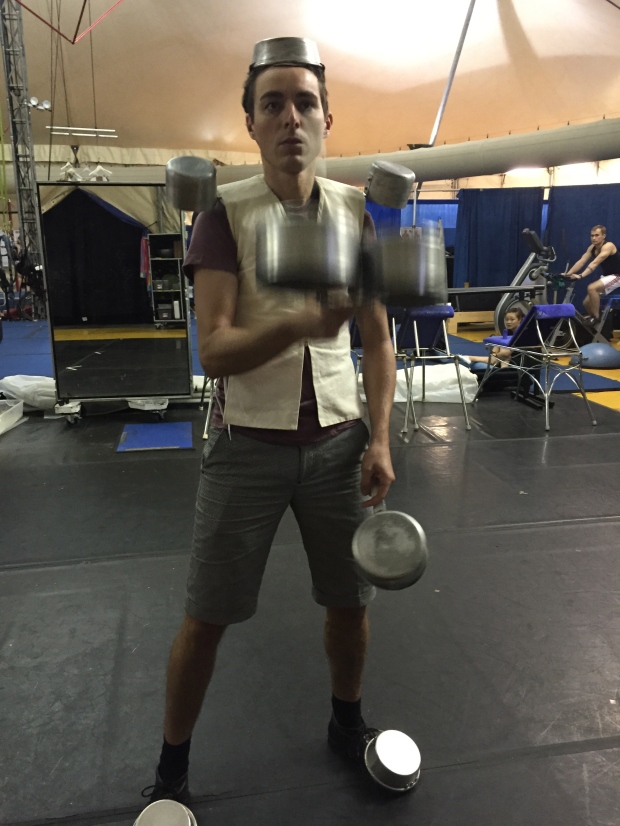 Francis tells me (I’m pretty sure he’s looking at me) that the artists are all international athletes, many with gymnastics careers, who are selected only after their competitive career is finished. “We really have to know that it’s over for them and they don’t dream about the Olympics any more,” he says.
“When you come to Cirque you have to learn how to compete in a team with gymnasts you’ve competed against before. You have to re-learn all your skills.” 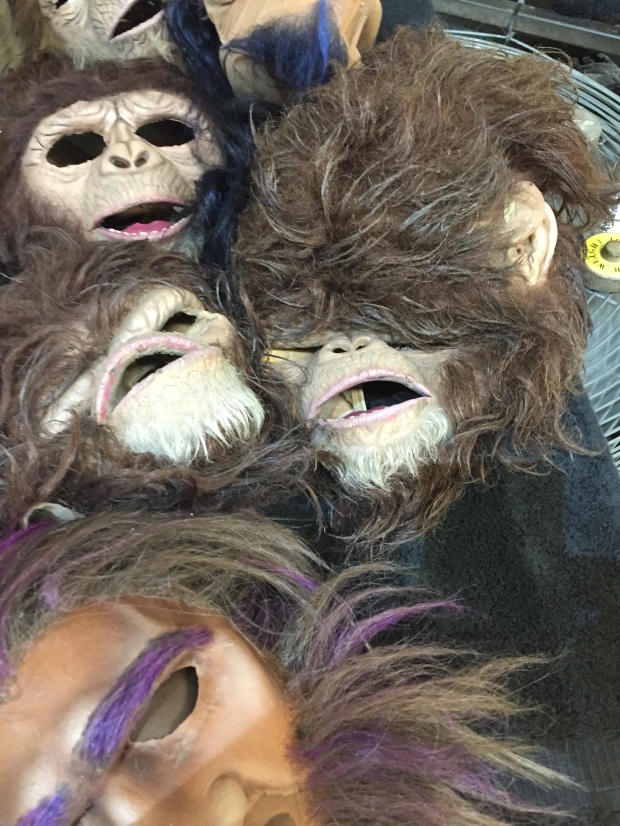 In Totem, which traces the journey of the human species from its amphibian origins to flight, there are 750 costumes. The make-up of the performers takes anything from 45 minutes to 1.5 hours to complete. And in a coup for the Queensland capital, the costumes for this show have been designed by Brisbane-born Kym Barrett. It’s almost impossible to believe Cirque du Soleil has grown from 20 street performers in Quebec back in 1984 to a company of 4000 employees worldwide.

So, now that I’ve given you the low down on what happens back stage, what can you expect when the lights go up in the Big Top? I’ve been fortunate to see a number of Cirque du Soleil shows around the world, and this is one of the best yet. The first half is the most captivating in my opinion with the 45 acrobats, actors, musicians and singers, taking you on a journey of creativity and colour through ancient civilisations. Sure, there are moments when you realise you’ve seen a particular acrobatic move before in another Cirque show, but that’s when you have to remind yourself that what these performers are doing with their bodies is truly incredible. There’s plenty of heart and humour in these performances, which will have you cartwheeling through the rest of your week, and dreaming of life under the Grand Chapiteau. With a French Canadian, a few men with mops, half a dozen firemen and a couple of monkey masks. 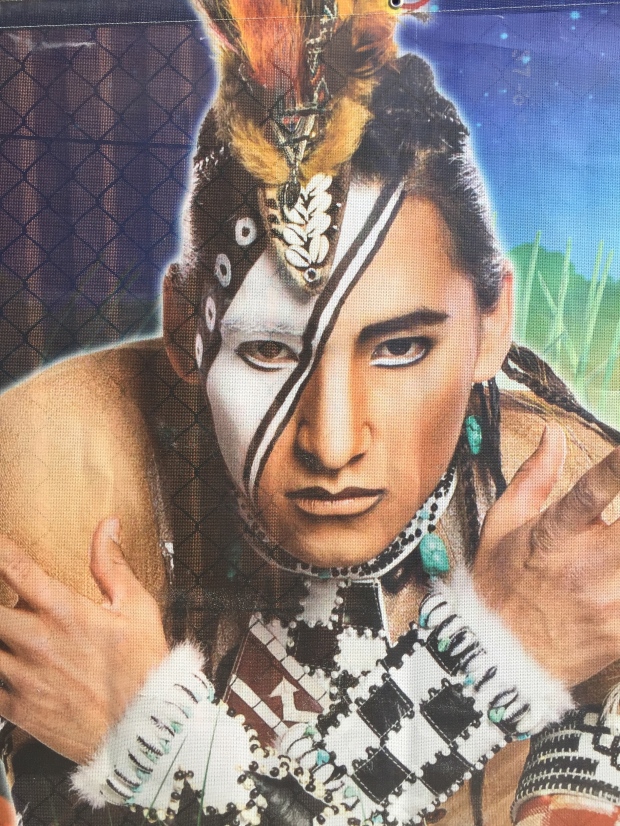 The Global Goddess was a guest of Cirque du Soleil. For a complete performance schedule and ticket information go to http://www.ciquedusoleil.com/totem

8 thoughts on “Behind The Seams”