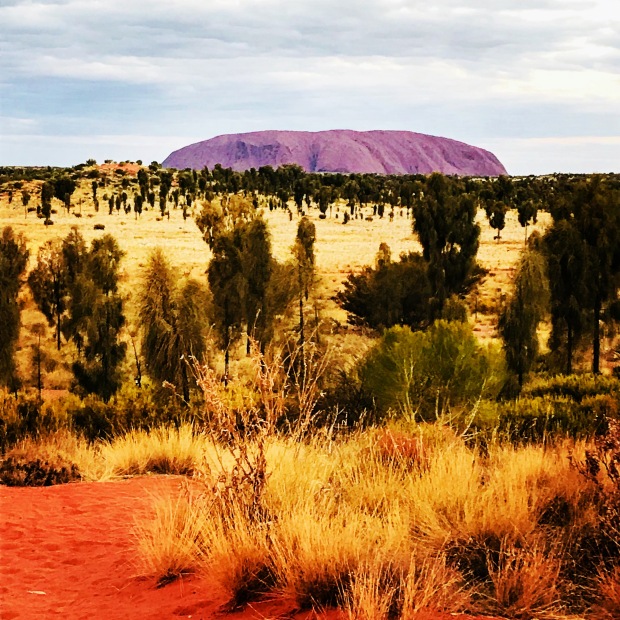 “Mountaintops inspire leaders, but valleys mature them,” Winston Churchill
THEY look insipid, like a long line of stinking black house ants just before the rains come, trailing their way to the top. I’m standing at the base of Uluru watching a congo line of tourists snake their way up Australia’s most iconic rock, a monument we’ve been warned against climbing, again and again. It’s not just about death – 35 people have died trying to climb Uluru – but deity. The local Anangu Aborigines believe this is a sacred site, to be respected, and yet the visitors still scramble skywards. Under the hot August sun my face burns with shame at my fellow tourists. 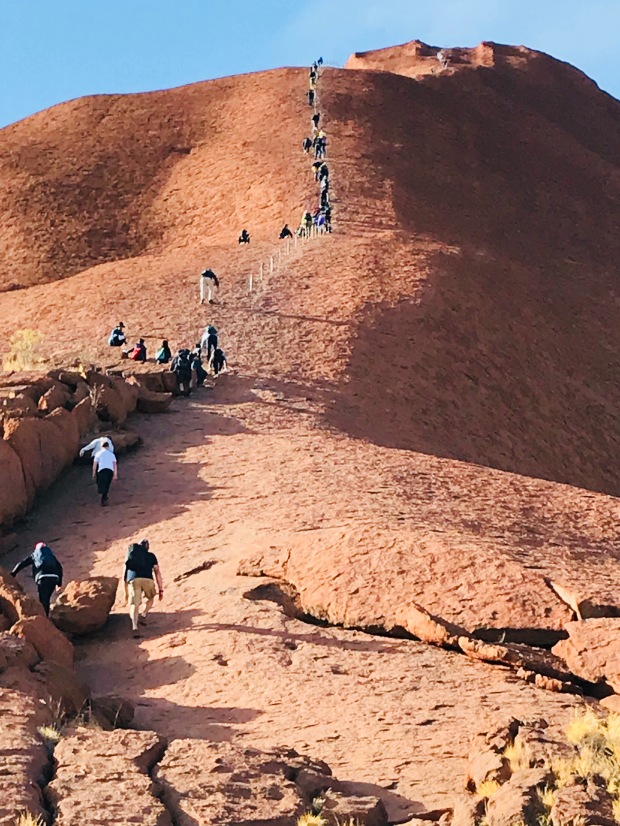 In a recent piece for Fairfax Traveller, travel writing colleague and close friend Louise Southerden, who blogs under No Impact Girl, talks about why travellers are drawn to mountains and skyscrapers.
“Ever since we roamed the grasslands of Africa, we’ve looked to elevated locations for safety, for advance warning of predators – or invaders. Visit any castle or fortress from Bhutan to Balmoral (in Scotland), not to mention China’s Great Wall, and you’ll get a visceral sense of this strategic advantage,” Louise argues.
“Sometimes getting high is about escaping the cloying heat of the lowlands. Think tea plantations in the hills of Sri Lanka, the temple-dotted Himalayan foothills of northern India, the snow-caked peaks of Equatorial Ecuador (although Ecuador’s highest peak, the 6263-metre Chimborazo, has long lured climbers for another reason: it’s the world’s highest mountain when measured from the centre of the Earth, not from sea level).
“Altitude gain can also help us face our fears, give us a thrill (and sometimes vertigo) and let us see where we are and where we’re going, and not just cartographically.” 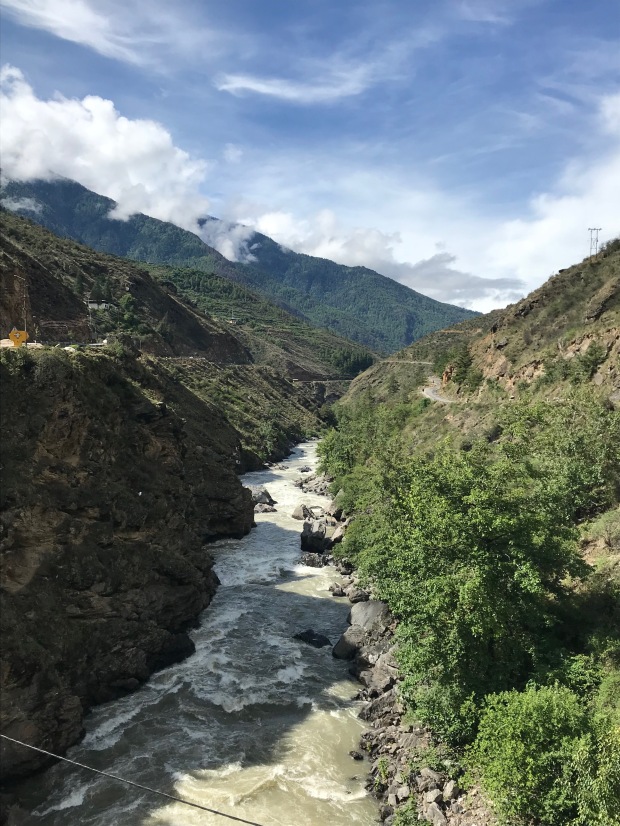 Ironically, I am in Bhutan, being cradled in the bosom of the Himalayas, when I read her powerfully-penned piece. I send her a private message, it’s in the valleys, I argue, that I discover my truth, in life’s troughs, not its peaks. Down in the nitty gritty. Louise, who is also opposed to climbing Uluru and other sacred sites, urges me to trek on and to scratch out my truth on the page. And so here I am. And I am not alone in this valley. Back in Bhutan, the Happiest Country on Earth, they consider the surrounding Himalayas so sacred, that despite having one of the world’s highest mountains, no climbing is allowed, unlike neighbouring Nepal and its alluring Everest. Three quarters of Bhutan’s land mass is mountain, yet its entire population lives in tiny slivers of valley. My nights in Bhutan are spent alone, staring at those mighty mountains, feeling like they’re wrapped around me like a comforting cloak.

On a visit to Nepal in April this year, I turn my back on Everest Base Camp and head in the opposite direction, towards the valley. I interview women who have been stolen from the mountains and sold into the sex trade, but have escaped and are now trained to become paralegals, and save other women in the same dire situation. So desperate was the sex trafficking in this country, that at one point, no teenage girls lived on Nepal’s mountains. The women, from SASANE, a project sponsored by G Adventures, are imploring the world to look into Nepal’s valleys, not its mountains. And these brave women are inspiration indeed. 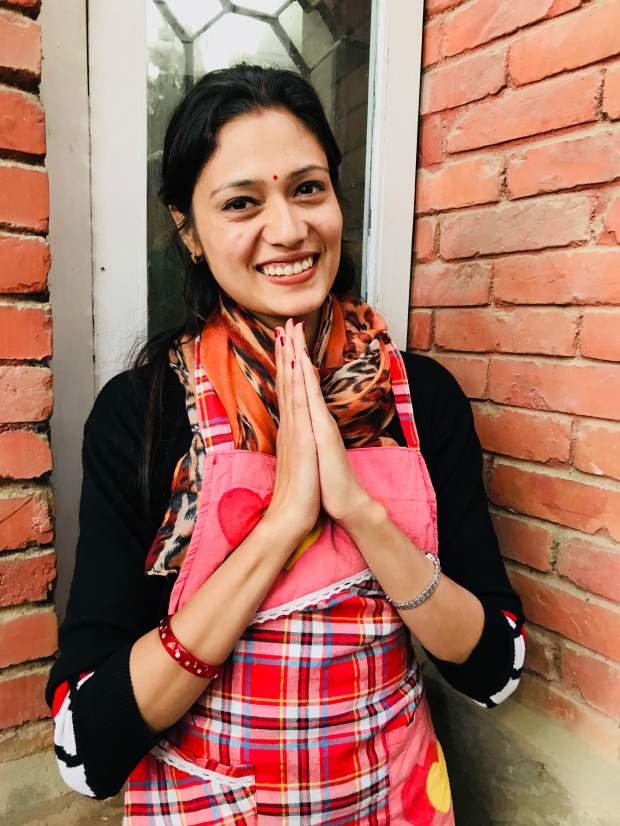 Months later, my physio, who is an avid climber, and I discuss the death of New Zealand’s experienced mountaineer Rob Hall at Everest in 1996. I argue it’s ego that killed Hall – who had already summited the mountain five times previously – when he stayed up on Everest long after the deadline to leave had passed. My physio reckons Hall risked, and lost everything, because it was one of the first paid expeditions with tourists.

I ask another travel writing mate and avid climber, Andrew Bain, who blogs under Adventure Before Avarice his views on climbing.
“It’s a running joke, even among my hiking mates, that I’m one of those people compelled to stand on top of anything pointy – a peak bagger – and yet I often despair at the lack of respect we bring to mountains in the name of ‘conquering’ them,” Andrew says.
“Massive crowds filter through the Khumbu Valley to tick Everest Base Camp off a bucket list, for no reason other than the fact that it has Everest in the name. In so many cases, it’s not about the beauty of the place, or what it means, it’s simply a word to boast about, a tick on a list.
“Mountains are places that remind me that the world is greater than us – that we can’t conquer the planet as we believe – so to approach them is to respect them, whether we’re standing on top of them being uplifted by them, or simply looking at them from afar.
“I may be compelled to climb them, but I still take immense heart and hope looking at a mountain such as Machhapuchhare and knowing that there are still peaks that are beyond us, if not physically, at least spiritually or respectfully.”

And this is my point. I have a massive respect for those who climb, who forge new frontiers and discover new lands. But do it for the right reasons. Man can’t conquer mountains. Mother Everest continues to remind us of this. Trek but don’t trample. It’s not the Eiffel Tower I want to climb when I’m in Paris, jostling with thousands of other tourists wanting to tick it off their bucket list. For me, the joy comes from sitting in the shadows of this mighty metal sculpture, speaking with the old Parisian gent who ventures there every day with his coffee. That, to me, is the real Paris. I want to float down life’s rivers, part of the landscape, not perch atop it. Let me dive into the world’s oceans and lay on her sandy beaches, feet firmly in the sand. For to me, it’s in these rivets where the truth really lives. And so, on this hot August day, I wander around the base of Uluru, snatching quiet moments among her craggy crevices, listening to her tales, soaking up her soul and begging her forgiveness.

From October 26, 2019, no further climbing will be allowed on Uluru following a land-mark decision by the Traditional Owners of the land and the Uluru-Kata Tjuta National Park Board. 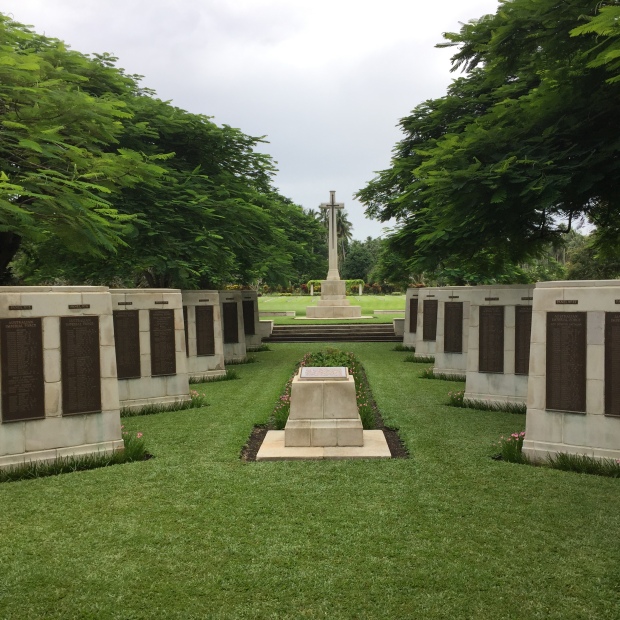 HERE is my confession. I have never been to an ANZAC Day dawn service. I have been to numerous war sites around the world, I’ve played two-up with Diggers in my local RSL on ANZAC Day, and watched them march on the streets of Brisbane, but I have never risen before the sun to listen to the hauntingly beautiful Last Post, which honours our soldiers who have died in global conflicts.

As a young backpacker, I followed in the footsteps of my peers and made the trek to Gallipoli to see where so many Aussie lives were lost on that impossible stretch of beach. I have stood in the trenches where they bled out and died. I remember the undeserved awe in which the Turkish regarded my pilgrimage, so astounded were they that so many young Australians would cross the oceans to honour their dead. I’ve visited the Egyptian pyramids from where the Aussies did some of their training in preparation for Turkey.

I have knelt in the gas chambers of Dachau in Germany and Auschwitz in Poland and wept at the futility of war itself. I have scanned the piles of suitcases, teeth, hair combs, reading glasses and shoes, and tried to imagine how those captured by the Nazis endured their fate. Tried to fathom the stroke of dumb luck that makes one person survive a war and another perish. I have sauntered through Switzerland and marvelled at how a country so tiny, and in the midst of all the combating countries, could remain neutral.

In London, I have stayed in the Savoy which miraculously only sustained minor damage during the bombings of World War Two, retained its stiff upper lip and kept trading, and from where Winston Churchill regularly took his Cabinet to lunch. It is believed Churchill made some of his most important decisions regarding the war from the Savoy, whose air-raid shelters were considered some of London’s toughest. And like so many Aussies, I have stood in the London Underground and tried to imagine its role as an air-raid shelter.

I have sat on the shores of Pearl Harbour and imagined the Japanese fighter planes overhead. On the other side of Oahu, I have seen the beaches from where local Hawaiian kids fled when they saw the jets overhead, before racing inside and crowding with frightened family members around a simple transistor radio to try to understand what was happening to their peaceful paradise.

In south-east Asia, I have witnessed the effects of war and the cruel regime of Pol Pot in Cambodia in the torture chambers of Phnom Penh and on the streets littered with the limbless in Siem Reap. I have visited the many war museums of Saigon in Vietnam and crawled through part of the Cu Chi Tunnels before becoming overcome with claustrophobia. In Thailand, I have visited the River Kwai many times, and walked along the railway sleepers, the construction of which claimed the lives of so many Australian soldiers. I have paused on the site of Singapore’s Changi Prison and attempted to feel what it must have been like to survive the heartless humidity and the chaos of capture. 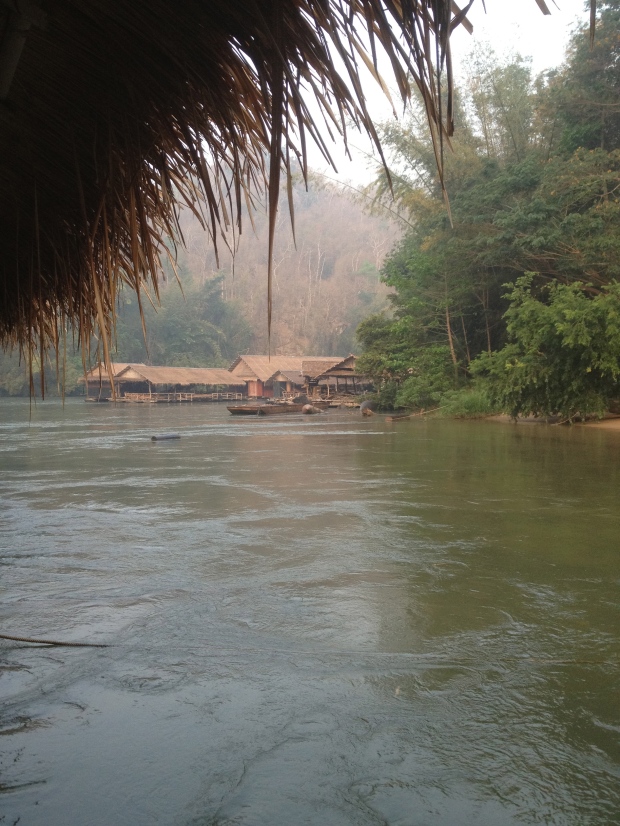 As recently as last month, I was up in Papua New Guinea where I learned that it was actually in Rabaul that the first Australian soldier lost their life in any global conflict back in 1914. There’s war history galore there and I walked into in one of the tunnels which the Japanese forced the Aussies, along with other Allied soldiers, to build so that the enemy could store their food, weapons and themselves during air raids. I visited the Bitapaka War Cemetery, funded by AusAID, which pays homage to thousands of soldiers, many of them Australians. There’s even a remaining tree there from which the Germans are said to have climbed to shoot at the Aussies during World War One.

Thanks to the ANZACS, I’ve been granted the freedom to travel the world and to experience their stories. Because of them, I live in a free and beautiful country. On this ANZAC Day, and not just because it’s the 100th anniversary since the ANZACS tried to steal Gallipoli but because it’s high time, I intend to set my clock, rise before the kookaburras, and tip my hat in their honour and of all of those who have perished in war. Lest We Forget.