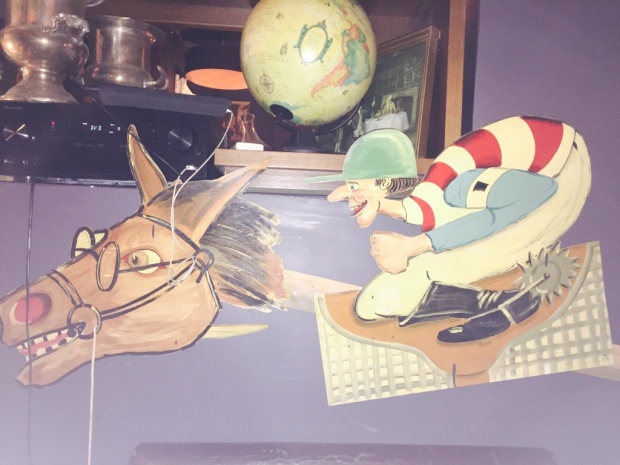 I AM dining in the Brisbane restaurant which has just been named Best for Romance/First Date 2015 by the Dimmi Awards. The irony of the fact that I am dining with five other women, two of whom are complete strangers, is not lost on me. Story of my life that this is, I am at Auchenflower’s Deer Duck Bistro to see what the duck the fuss is all about. How can a restaurant be romantic? Isn’t it up to the diners? We are here to try the 7-course Chef’s Menu with matching wines and even better, it appears romance is right around the corner from me, with this restaurant in the next inner west suburb to that in which I live. 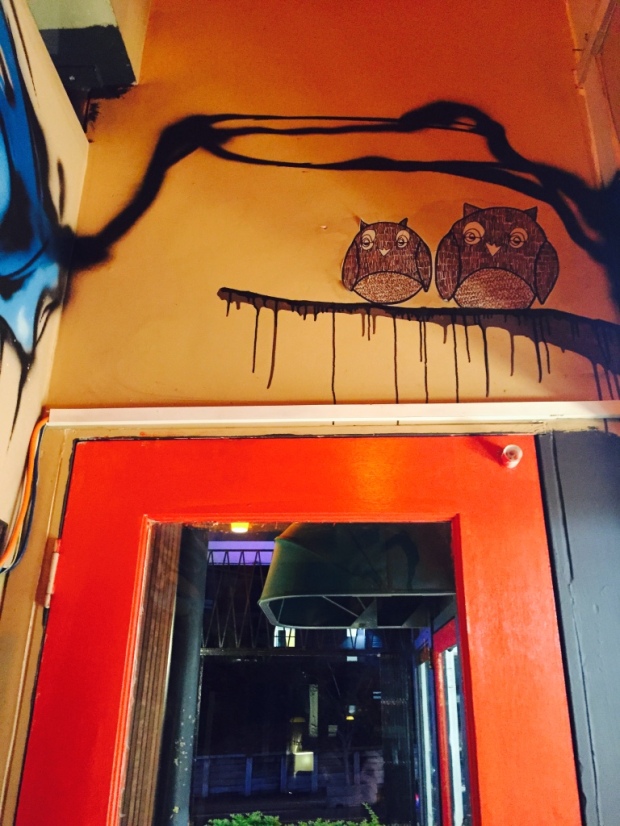 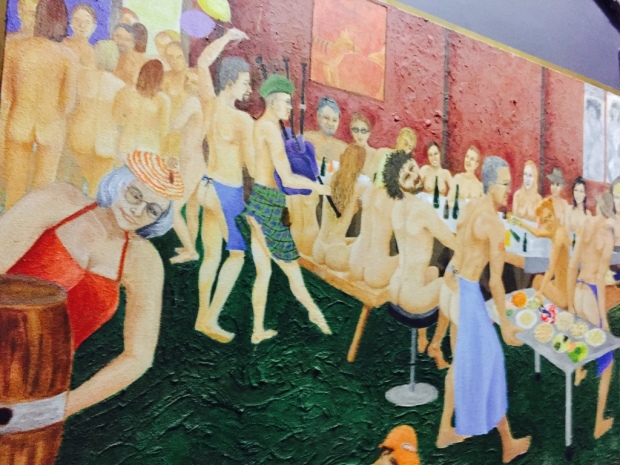 While there’s not too many deer or ducks roaming the streets of Brisbane, you’ll see plenty on the walls of this restaurant which is themed with unusual antiques and is a pleasant departure from the usual bold Queensland colours you see elsewhere around town, particularly on this crisp winter night. In fact, so eclectic are things in this establishment, that even each table setting consists of mismatched cutlery, which evokes that comfortable, familiar feeling of dining at your grandmas. The aim: to deliver modern Australian, European cuisine. 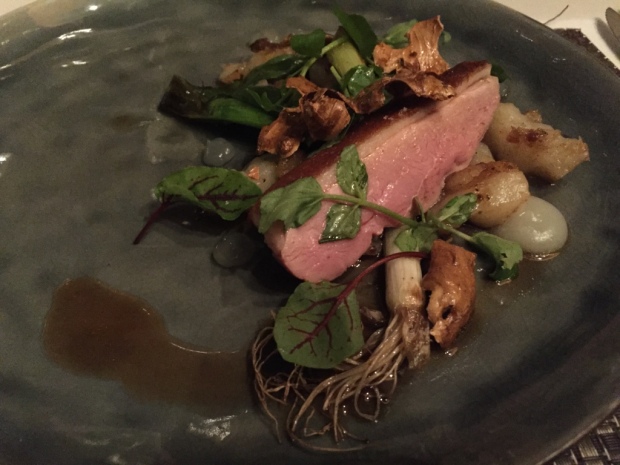 The restaurant also serves a-la-carte dishes and, despite its carnivorous name, is incredibly popular with vegetarians and vegans for whom it caters beautifully, including an individual 7-course degustation for those who don’t eat meat. For consummate carnivores like myself, the menu is a delicious dream. Our 7 courses started with mussels, carrot and dill, which was an unexpectedly tasty combination. Onion, thyme and veal sweetbreads followed before barramundi, shitake and black rice. 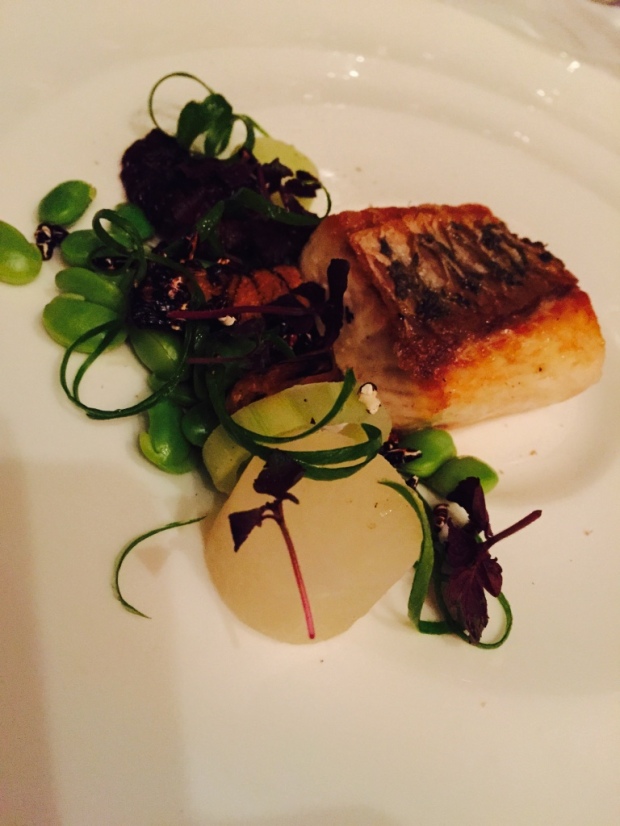 Chicken, corn and tarragon formed the basis of the fourth course, followed by beef, pumpkin and onion. While not part of this particular 7-course menu, we had the opportunity to try the duck after which the restaurant takes its name, and I’m delighted to report it, too, was delicious. We finished the savory courses with beef, pumpkin and onion. While my forte as a travel and dating blogger lays more in describing destinations and men, rather than food, I can report that each dish possessed a crunchy texture and a surprise I’d never even imagined…just like most of my dates, although in this case, it’s a most pleasant surprise. I only wish, like the deer heads in this restaurant, I could hang some of the men I’ve met on the wall. 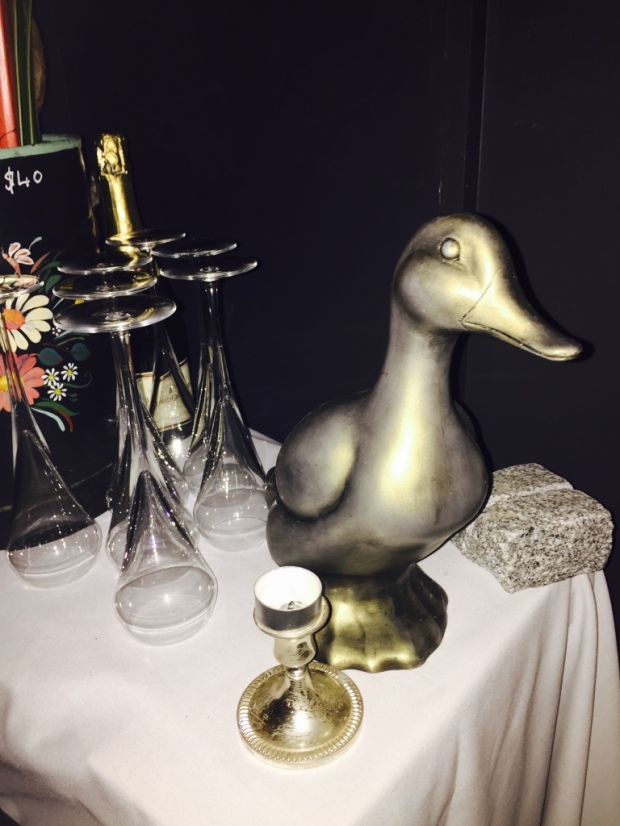 While a refreshing zing, the rockmelon, honey and pistachio would have made a far greater impact served somewhere between the meat dishes as a palate cleanser and seemed slightly strange to serve just before another dessert – the chocolate, pear and hazelnut, which would have worked well straight after the rich, slow-cooked beef dish. 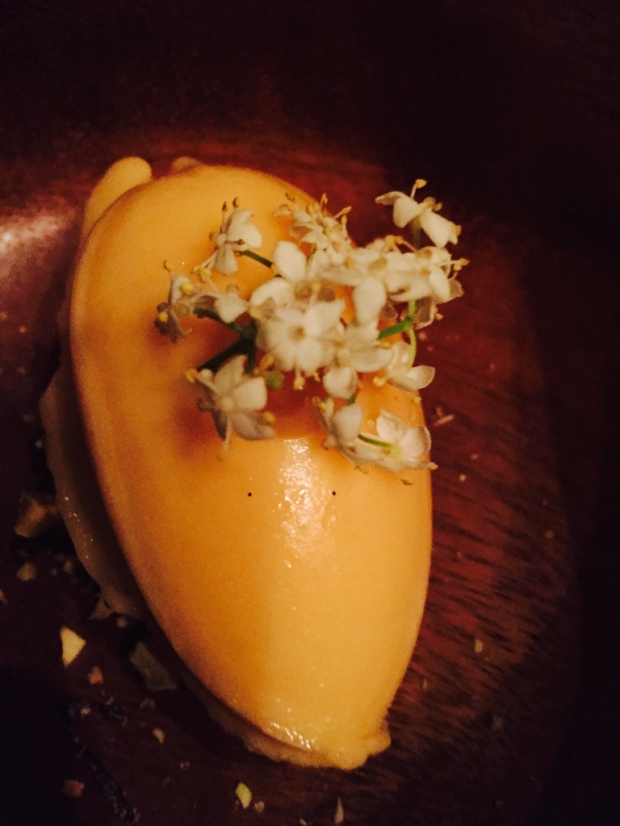 But it’s difficult to fault this restaurant which pairs each course with a diverse and innovative wine list, serving everything from French champagne to start, to high-quality international and Australian drops in between. However the sparkling merlot at the end was an unusual finish and again, I would have ended with something sweeter like a sticky. Apart from the gorgeous main dining room, there’s a private dining room and my favourite of all, a cosy cocktail lounge in which you can partake in pre or post dinner drinks, and even order from a bar menu if the desire to slink into those comfy couches overtakes your need to sit at a table. 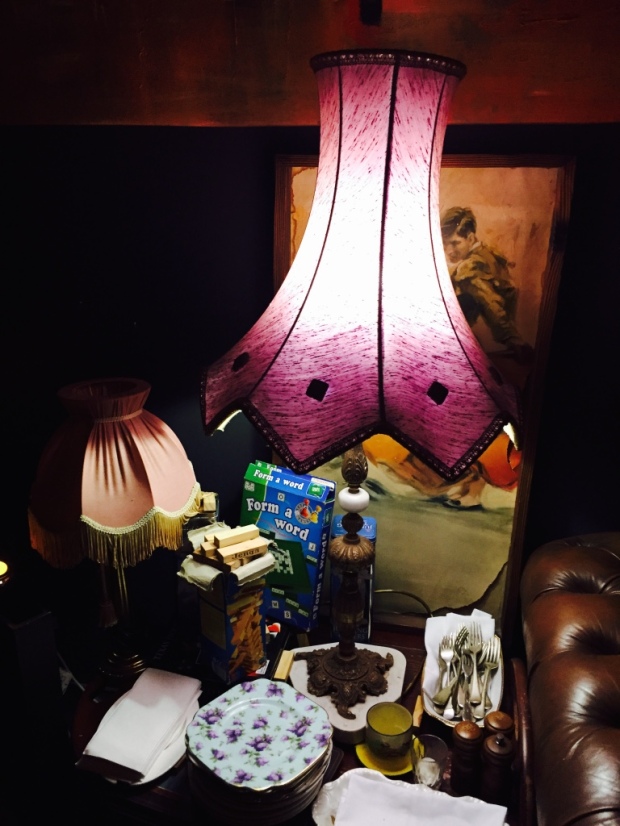 Deer Duck Bistro last week won its first coveted Chefs Hat at the Good Food Guide Awards and it’s easy to see why. My advice: make a booking there sooner rather than later, as this is one of the hottest restaurants in Brisbane right now which is courageous enough to not follow the pack with its menu, flavours or décor. As for the romance, partaking in a fabulous feast with three old friends and two new ones may not be conventionally romantic, but you could do a whole lot worse. Bloke or no bloke, what the duck, I’ll be back. 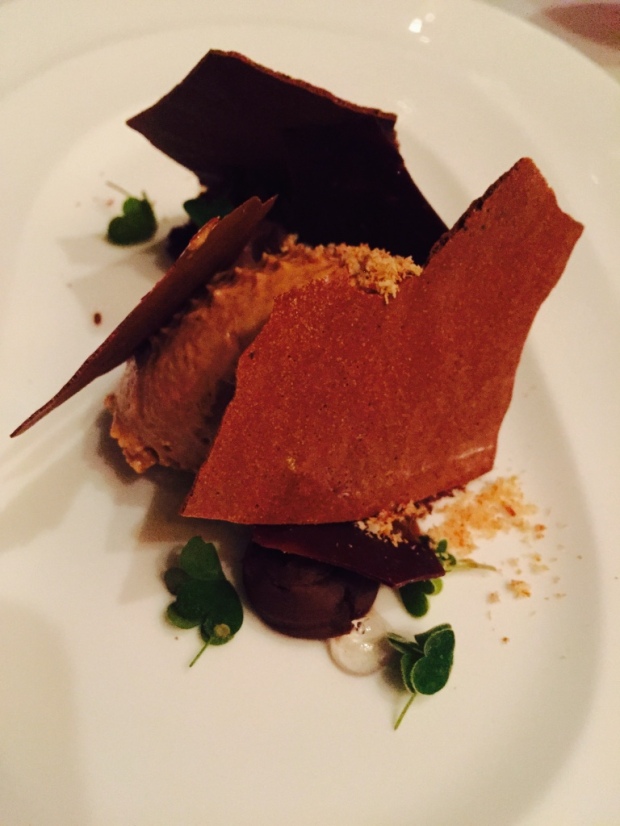 The Global Goddess was a guest of Deer Duck Bistro – http://www.deerduckbistro.com.au

6 thoughts on “Romance Is Just Around The Corner”