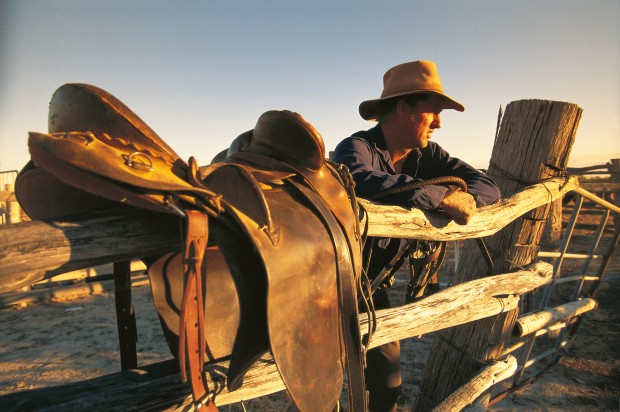 “And the bush hath friends to meet him, and their kindly voices greet him,
In the murmur of the breezes and the river on its bars,
And he sees the vision splendid of the sunlit plains extended,
And at night the wondrous glory of the everlasting stars,” Banjo Paterson (Clancy of the Overflow)
WHEN we were little girls, my Irish Catholic grandfather would sit my three older sisters and me down, and randomly start reciting poetry from the Australian greats. He’d light up his pungent cigar, perch at the end of the long timber table in his old Ipswich Queenslander, and quote, verbatim, stanza after stanza the words of Paterson, Lawson and Mackellar. And it was pure magic. It evoked something deep inside of me, and a passion for the English language was born. Pop died 25 years ago, but I’ll always remember his blue, twinkling eyes and how he introduced me to Banjo Paterson through his story-telling. 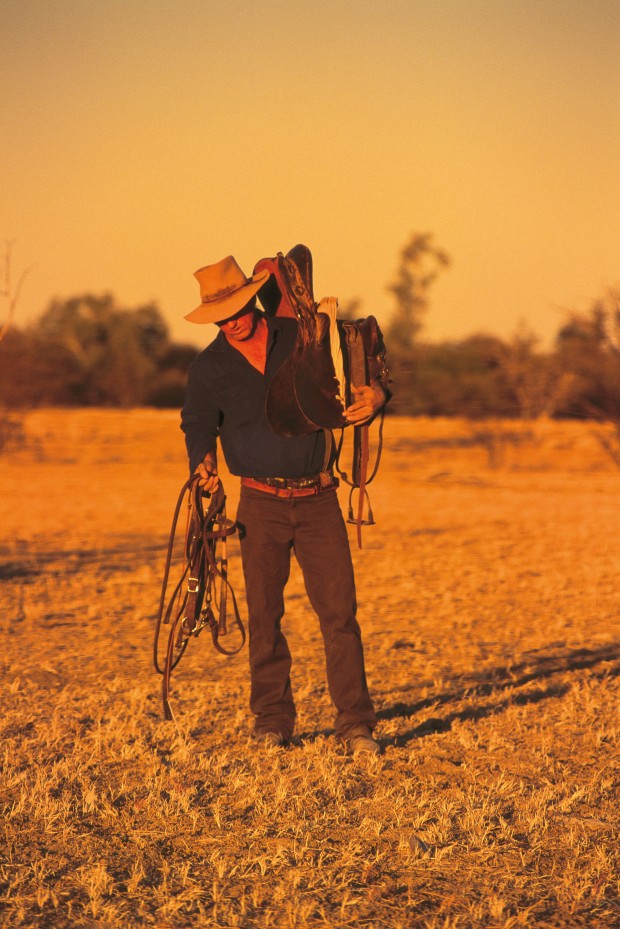 Queenslanders particularly have a soft spot for Andrew Barton (Banjo) Paterson, for it was in our Outback, at the Combo Waterhole near Kynuna, where he found his inspiration for Waltzing Matilda. And it was in the North Gregory Hotel at Winton that Paterson first performed the song which went on to become Australia’s unofficial anthem and the favourite song of Aussie troops fighting in Gallipoli. So revered was Paterson, that a highlight of a trip to the Outback has always been a visit to the Waltzing Matilda Centre at Winton. But almost two weeks ago, the centre burned down, and irreplaceable items were lost. But not the Outback spirit. 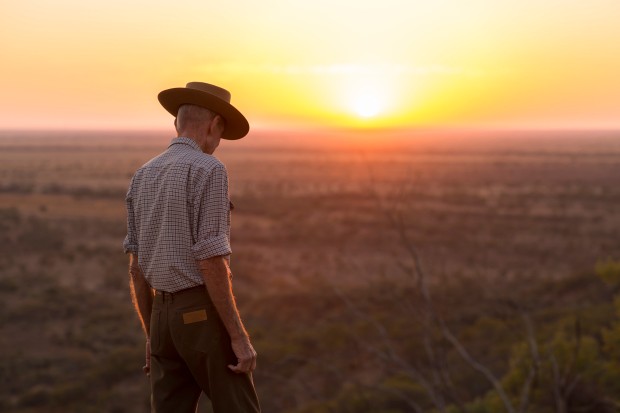 The timing couldn’t have been worse. Not only did the fire happen at the start of peak tourist season in the Outback, but this week is also the Vision Splendid Outback Film Festival in Winton. While the town was initially devastated by the fire, they were down but not out. That’s not how it works out in these parts for people who, in the words of that other great Aussie poet Dorothea Mackellar, have seen droughts and flooding rains in their sunburnt country. Within hours they had a plan, and as I write this, the show is going on. 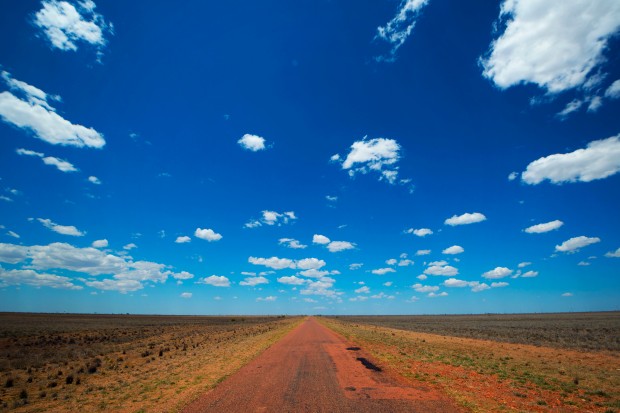 I have been incredibly fortunate to spend a lot of time in Queensland’s Outback, writing stories and meeting characters from the south-west corner of Charleville, out to the remote Birdsville pub, to the central west of Longreach and Winton, and the north-east of Cloncurry and Mount Isa. I’ve bet on frilly necks at the Eulo lizard races, sat under the stars at Nardoo Station in a hot artesian bath, dug for dinosaur bones outside Winton, watched the camels race at Boulia, and swam with the fresh water crocs at Adel’s Grove. And I’ve loved every minute. There’s no room for ego out here where the people are huge of heart and have no tolerance for bullshit. So if you’re looking for a vision splendid this winter, look no further than Winton, as there’s still plenty to see and do. Go on a dinosaur dig and unearth bones which are 100 million years old; head out to Lark Quarry and see the fossilised remains of a dinosaur stampede; have a cold beer at the North Gregory Hotel; and see a movie in the open-air theatre. 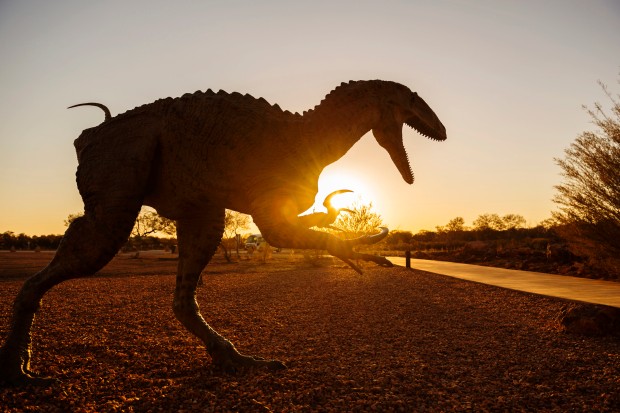 Speaking of visions splendid, and before I sign off from this week’s blog, I wanted to mention the outpouring of support on Facebook over the weekend when the US Supreme Court ruled that gay marriage become legal in all 50 states. On a day when we awoke to the news that terrorists had killed a number of people in three separate countries, we chose instead to focus on love. Some of us, including myself, changed our profile pictures into rainbows. What stunned me was the comments of one of my (now former) Facebook friends, a white, heterosexual, Australian male, who criticised this move “in the fair dinkum department” to use his words. I should mention that this man is getting married to his female partner this year, no questions asked, but gay people in Australia are still not allowed that basic right. Yes, talk about fair dinkum. Another white, heterosexual, married Australian male, surprisingly described our rainbows as “cheap tokenism”. 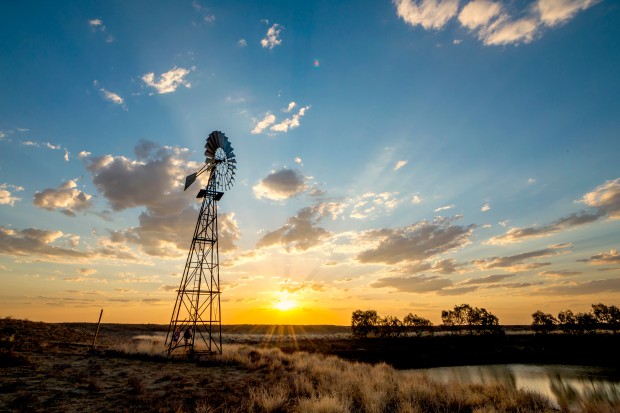 For me, the signs of a civilised society are one in which those with privileges, fight for the rights of those who do not. As a white, heterosexual woman, I am one of those privileged people. So, on that note, I sign off with the words of another great poet. He may not be Australian, but I think Kermit the Frog nailed it when he sang: “Some day we’ll find it, the rainbow connection, the lovers, the dreamers, and me.”
To find out what to do in the Outback go to http://www.outbackqueensland.com.au; and for more on the Vision Splendid Outback Film Festival go to
http://visionsplendidfilmfest.com (Photos courtesy of Tourism Queensland) 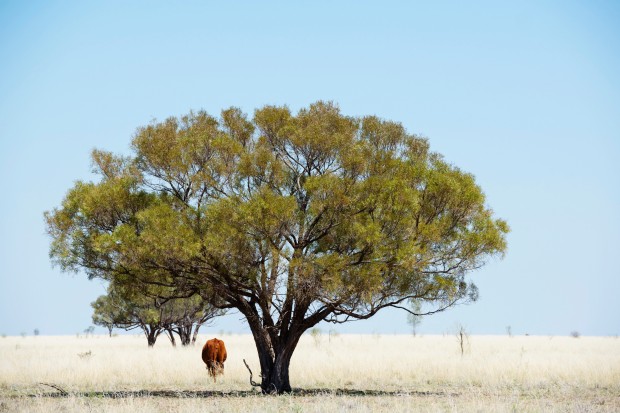 2 thoughts on “A Vision Splendid”