I’ve always thought of Paddington as a bit of a sultry supermodel, stretching languidly along a steep ridge, the curve of her elegant back twisting gently from Upper Latrobe, into Latrobe, Given Terrace and then finally Caxton Street. She is Brisbane’s catwalk queen, but she is much too professional to be pretentious. You’ll find class in her converted workers’ cottages which have been transformed from homes into shops whose contents are colourful and brimming with charm. 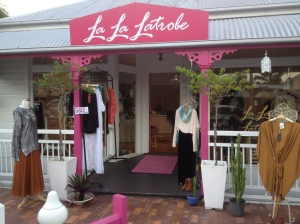 We start at Hampton Home Living at Upper Latrobe where the first hidden gem is revealed just underneath this old Queenslander. At the newly-opened 180a Latrobe, you’ll find all sorts of sexy things like a felt winter bustier for $180 or some naughty knickers, French of course, for $45. You’ll find designer clothes hanging in the yard, and even an old-fashioned out-house with a pair of boots poking out from underneath the door.

Past Trammie’s Corner – a popular Paddington meeting spot – and across the road, we trek to Monty’s Chocolates, home to some of the world’s finest chocolates imported from the UK. Our tasting begins with the darkest chocolate first as your brain registers flavour before sugar. At this point in the tour we pause and decide this is much like men. Go for the quality and flavour, as if you’re chasing the sugar, you’ll always be wanting more. 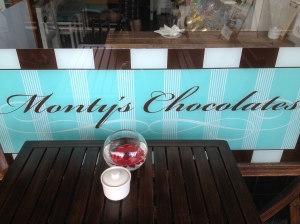 A couple of doors back we stroll into the Paddington Antique Centre, a former 1929 cinema in which some 50 dealers have swamped the 1000 square metre floor space with ancient wares. If shopping is your idea of sex, you’ll find it here among thousands and thousands of pieces from old records to jewellery to retro clothing.

On this particular afternoon we’re on the “speed dating” version of Amanda Kruse’s Shop in Style Escape Hidden Gems Paddington Tour. Time poor, we’re indulging in a “quickie” if you will, as we taste test our way along this strip which transforms from antiques to vintage, to retro to modern. And there is nothing sexier than a city which backs its own. Along the way on your more leisurely three-hour version, you’ll discover local designers such as Dogstar, Little Workers, Maiocchi and Sacha Drake – where you’ll climax with a styling session and a glass of champagne.

Our wander reveals fine French restaurants, vintage clothing and home ware shops. Great cafes, funky food and colourful characters. Old books with a scent divine. So is there sex in this city we call Brisbane? Poke around Paddo. You’ll be most pleasantly surprised.

The Global Goddess was a guest of Shop in Style Escape. To book a tour, go to http://www.shopinstyleescape.com

6 thoughts on “Paddington Bares All”