ONE year ago today I stepped off the plane in Brisbane after 14 months of living in Singapore. People sometimes ask me how long it took me to adjust to being back in Queensland. I knew I’d arrived the moment those two tiny Qantas wheels left Changi’s tarmac. 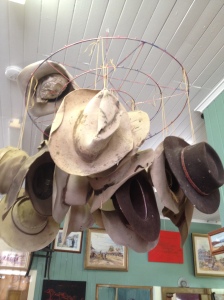 I moved to Singapore one month after Queensland’s devastating 2011 floods. I was battling a personal torrent of my own and needed to shake off those last, pesky, stubborn crumbs of my broken marriage. I, like Queensland, had some healing to do. Suffice to say, it’s been a rocky road for both of us, plagued by potholes and the occasional melt down. That’s the thing about healing, it takes its own damn time and you can’t rush it. And then there’s those inevitable relapses, as Queensland saw again in January this year when the flooding rains returned. As for me, I’d be lying if I said I didn’t still have some crawl back under the doona days.

But I’ve just spent the past two weeks on assignment out in the Queensland countryside in which I grew up. We were barefoot through the bindi patch kids. Dirt on your cheeks types who didn’t come inside until after dark. Cycled our daggy pushies without helmets, rode in the Kingswood without seat belts, got a scratch and fixed it with a bit of good old-fashioned spit. 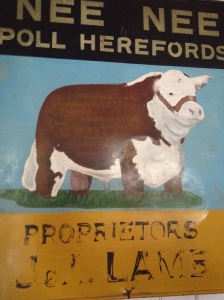 And in the past two weeks, I fell in love with my state all over again. Southerners often mock Queensland. They say our weather is too humid. Humid to me is living in Singapore – 100km from the Equator. They say Brisbane is a big country town. If sitting outside by the river on a temperate evening eating food designed by world-class chefs makes us a big country town then yes, we’re epic. Sure, we don’t have daylight savings and our politics are ridiculously conservative. But that just breeds the underground movement of creatives and larrikins I so love here. In Brisbane, strangers still chat to you in the street. Thank the bus driver when they alight. Let your car squeeze in during peak hour traffic.

In the past fortnight, I experienced in spades the friendliness for which Queensland is renowned. In the South Burnett – Joh country – I stumbled across characters, entrepreneurs and optimists. Shirt-off-your-back people where dogs with names like Merlot are the stars of an Australian book about Wine Dogs. A place of dappled sunshine and dimpled smiles.

I met wine makers and farmers’ wives. Ate the local smoked pork, drank the new world Italian reds they are planting out there. Stayed in century-old cottages on hillsides overlooking charming valleys. Did I mention it’s emerald green out there? Yep, after all that rain that so scarred our state, it’s left a legacy of lushness. I took the time for a good old chinwag.

Last week, my travels took me to the Darling Downs. But not the Toowoomba I knew from my childhood – one of haberdashery shops and picnics in the park. Sure, they still exist, but walk past an inner city lane and there’s graffiti art and pop up coffee shops courting the trendy set. Toowoomba is finally embracing its organic food scene. I ate salty olives, fancy French cuisine and slept in an elegant mansion. I stumbled across eclectic art galleries and small designer stores. Had a cuppa with the locals. They keep me honest, no room for egos out here, just kookaburras, galahs and king parrots.

Queensland and I are both a little older and wiser after the past few years. Sure, we’ll always carry our scars, but we’ve also got fire in our bellies. Yes, people sometimes ask me how long it took to adjust to being back in Queensland after Singapore. To be honest, I don’t think I ever really left.

The Global Goddess travelled through Southern Queensland Country as a guest of Tourism and Events Queensland. To plan your own escape, go to http://www.queenslandholidays.com.au 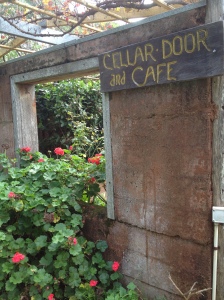 9 thoughts on “Beautiful One Day, Perfect The Next”