Twas the night before Christmas

And all through Brisbane

Her hunt for some men

Her stockings were hung

On the back deck with care

With hope she could catch

Saint Nick in her lair… 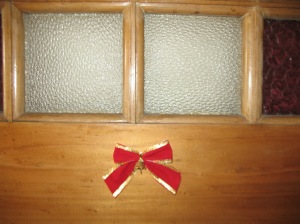 MY Christmas tree is older than me. And, if possible, even daggier. This story begins some 46 years ago, when my parents were first married and bought their first Christmas tree. Every year that tree would come on holidays with us to the Gold Coast, shoved into the Kingswood with me, my three sisters, and our budgie. And every year it would return home with us. Until one day, one of our uncles gifted us a brand, spanking, new tree, and our original tree was retired.

Some years ago, I somehow stumbled across it and adopted it like a long, lost family member. I am not a particularly nostalgic person, and yet I love this tree. It speaks to me of sublime summers on the Gold Coast, hot, scratchy nights with sand in the sheets, sunburn on the skin and mozzies. Of bleached hair, sandcastles and waking up on Christmas morning to new summer swimmers, pink pyjamas and adventure books.  That’s the thing with memories. You can’t muck around with them.

The other day a friend was telling me about a sad scene he encountered while out shopping. Picture two little kids and their mother in a wheelchair. The kids were skipping along the path, excitedly chattering about the new clothes they were about to buy for Christmas. Until they arrived at the store and it was closed. The store was St Vincent’s de Paul and, being run by volunteers, was  operating on limited hours. But these little kids didn’t know this and started crying. Their wheelchair-bound mother had what appeared to be a slight seizure. My friend froze. Impotent with the scenario unfolding before him and, with a wallet full of credit cards but no cash, unable to assist. He came home and wept.

An acquaintance of mine talks about his work Christmas party the other night. In a bid to survive the bullshit and big egos which have dogged him all year, he decided to bring his own festive cheer in the form of an illegal substance. It was this illegal substance which he was casually dipping into his drink when his bully of a boss came over, demanded my acquaintance hand over the drink to his boss, who couldn’t be bothered to wait at the bar for his own.  Apparently, the boss was in an uncharacteristically jolly mood for the rest of the evening.

Everyone I talk to seems to speak of a tough year. The headlines have been peppered by sadness, loss, tragedy.  Global economic conditions seem to have spawned a new breed of bully bosses. More and more people such as that woman in the wheelchair are buying their children clothes from charity shops.

But I also believe it’s a season for hope. I’ve personally asked Santa for a hot tradie under my daggy old Christmas tree, which, if it happens, could possibly constitute a break and enter, if not a miracle. It’s a time to rejoice and to reflect. Look towards the future with optimism. Try to be a better person. Express a bit of gratitude.

On that note, I wish to thank everyone who has followed, read, laughed and cried with The Global Goddess this year. I’ll be back in 2013 with more stories, more travels and, if Santa knows what’s good for him, maybe even a bloke or two.

If you have your own Christmas story to share, I’d love to hear it, via a comment below.

In the meantime, I wish you peace on earth. 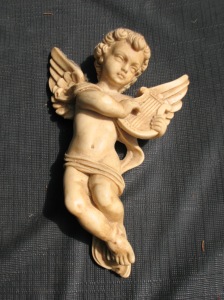 8 thoughts on “Love, life and the whole season’s shebang”