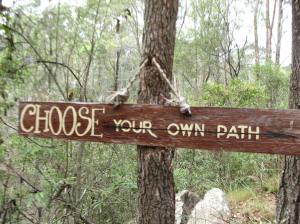 DEPENDING on your point of view, we’re facing either the end of the world, or the end of the year sometime in the next two weeks. For the record, I’m going with the latter, but in any case, I thought it might be timely to provide a little festy…I mean festive, update on my dating success.

At this point I should warn you, you could stop reading now and be just as wise as those who make it to the end. Or, if you’re really bored and trying to kill those last few days at work before Christmas, please read on.

In recent weeks, and in no particular order, there’s been a host of potential new suitors, via my dating site. Let me introduce you to some of the men who’ve been contacting me. I don’t want to brag, but they’ve been practically lining up to meet me (or, in the case of the photo below which I took in Laos some years back, are much more enlightened souls than those on my dating site). 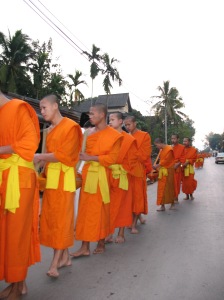 My most recent admirer has been a bloke who calls himself Rough Diamond (obviously, he doesn’t work in PR). Rough, 42, doesn’t believe in apostrophes, but does like fishing, camping and 4×4’s. He apparently cooks “a mean muffin”, has a dog called “Bundy” and listens to Guns and Roses. The real treat was Rough’s answer to the kinds of sport he liked: “If you can class drinking as a sport, I guess I play that.”

The next fella calls himself Caloundra Bloke. Caloundra reckons we have “a lot in common” but exactly what that is remains a mystery to me, for despite asking him to actually fill out some of his profile or perhaps email me with a few highlights, he refuses. I can’t help but wonder whether Calounda’s wife knows he’s on a dating site.

Andy P, also from the Sunshine Coast (ladies, there appears to be a pandemic of single men on the Sunny at the moment), actually engaged in a one-hour internet chat with me, in which he revealed he had retired at 37 and owned a yacht called Chardonnay. Andy asked me how I’d feel about a sunset sail, some seafood and some good conversation, to which I replied: “That sounds great!”. At that point, I never heard from Andy again. Now, I’m either doing something wrong, or Andy’s yacht is actually a tinnie. 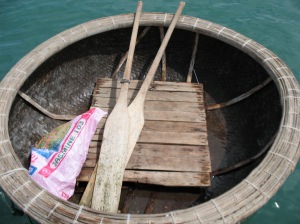 Finally, there’s Tantric, who, as his name suggests is Indian. The problem with Tantric is that he also lives in India and has asked me to come and visit him which is a little outside the 50km radius I’ve stipulated on my profile. Apparently his name means “Shiva” in Sanskrit and he is looking for his “Shakthi”. I’m not entirely sure what a Shakthi is, and despite doing a bit of yoga and meditation lately, I don’t think I’m the girl for Tantric. 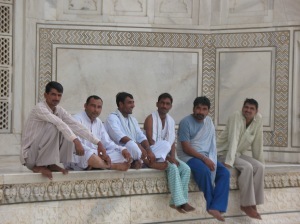 Which leaves me with the same old question, what to do about dating? According to a recent report in the Fraser Coast Chronicle, you now download a Virtual Boyfriend App, tailor him to meet your needs, and dump him when he doesn’t make the grade. You can even download a Wingman App, when you’re lost for the perfect pick-up line which also comes with a pep talk for when you’re feeling a bit blue in the dating department.

I guess it’s all food for thought this silly season as we entertain the prospect of exactly who, if anyone, we’ll be kissing under the mistletoe. As for me, and knowing my luck, I will finally find a boyfriend…just as the world ends. 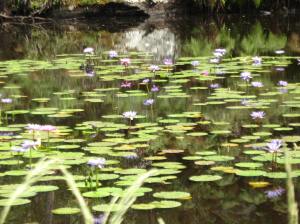 9 thoughts on “A Date with Destiny”