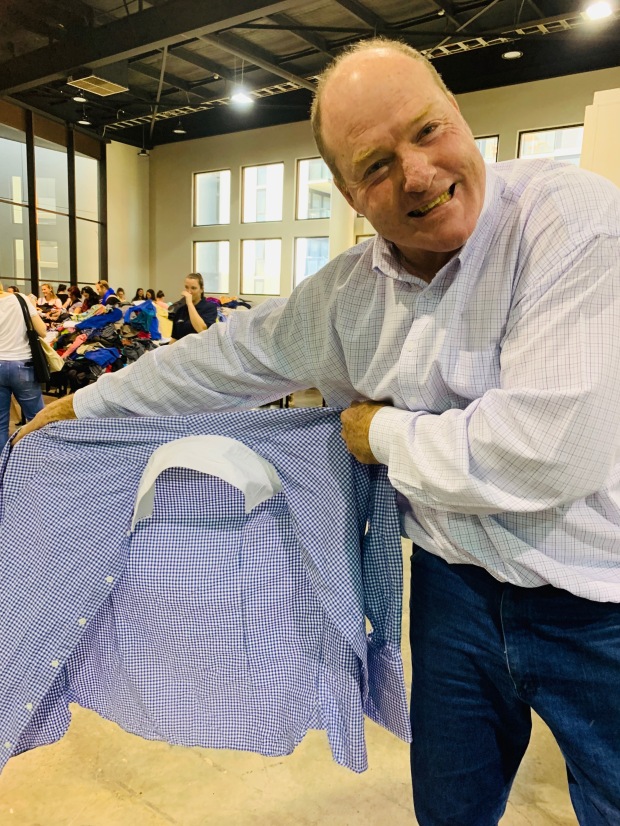 ONE button. A single shard of plastic, that had escaped the wrestling match that is a sewing needle and thread, was all that was missing from Colin Hannigan’s shirt on Saturday. But for Lifeline’s Queensland Business Development Manager, it was the difference between this item of clothing being discarded, and it ending up on Colin’s back. The shirt itself was freshly pressed, Colin’s eyes creased in the corners like someone who has seen it all in his job, but can still crack a smile. Think giving someone the shirt off your back isn’t worthwhile? Think again. In Queensland alone, the clothes you donate result in a staggering $45 million a year in revenue for Lifeline, which uses the money to fund critical services such as its phone support services. 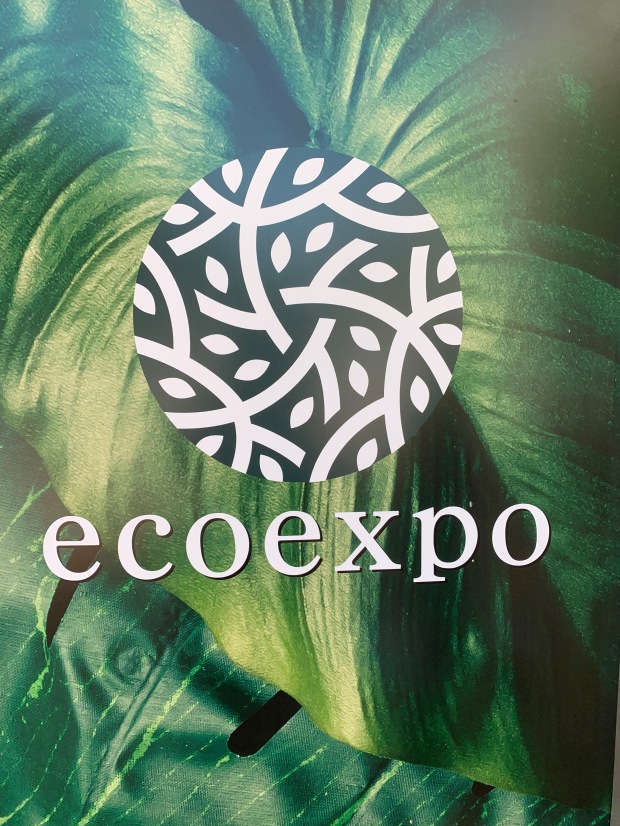 It was an unexpected and delightful development when Hannigan took to the stage at Brisbane’s Eco Expo at the weekend. He was there for Lifeline’s $2 clothing sale where 40,000 items were on sale for the price of a gold coin. But a last-minute cancellation saw him on the stage to speak. I nearly didn’t stay for his talk, so intent was I on hearing the person who no longer could make it. Funny that. How life works out. But I decided to give Hannigan five minutes. And from the moment he started speaking, I was hooked on the power of the clothes we wear, and more importantly, toss away like old relationships. And the ripples those seemingly simple actions have around the world. 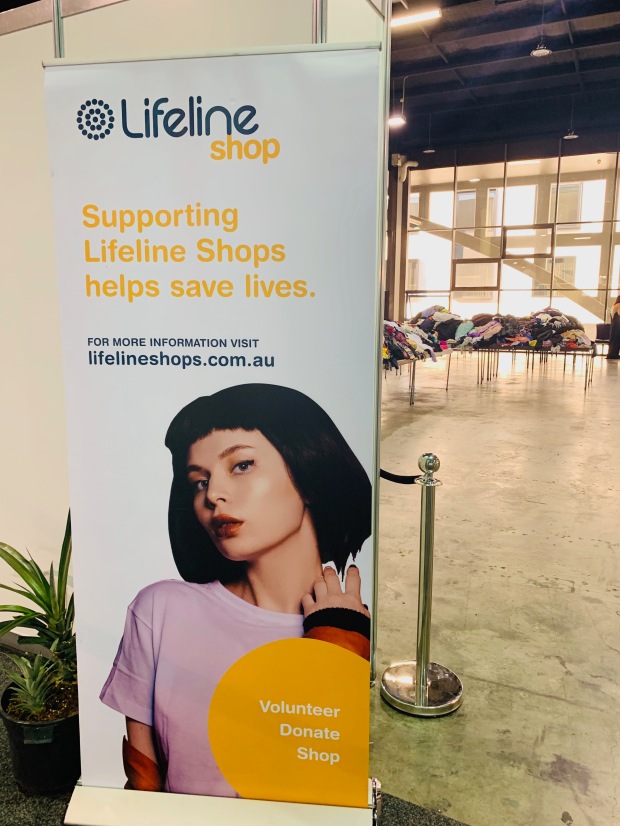 Lifeline Queensland has 138 stores from South Tweed north to Mossman and as far west as Mount Isa. There’s nearly 1000 donation bins in the state. The top 10 per cent quality of these donations end up in Queensland stores. The next level, are sent to islands such as Papua New Guinea and the Solomons in the South Pacific. But here’s where it gets even more interesting. Australia has a free trade agreement into Dubai for its second-hand clothing where our donated clothes are combined with those from America and Europe and sent into places like Afghanistan for people such as refugees. At the end of the scale, there’s a commercial ragging business to transform tatty clothes into industrial rags. Only the bottom 10 per cent of donated clothes end up in landfill.

And that $45 million Lifeline Queensland makes? It funds their critical support line 13 11 14 which operates 24 hours a day, 7 days a week, to assist people in crisis such as those contemplating suicide. It’s not cheap running a service like this. Each phone call costs the service $39 to answer once training, support and office space is taken into account. Hannigan says they are currently able to answer about 80 per cent of those calls. In an ideal world, they would answer 100 per cent and Hannigan is working on that, thinking of new ways to turn old items into gold.
“All of a sudden we had all of these donations of pillow cases. We sent them into the Brisbane Women’s Correctional Centre and the women put straps on them and turned them into goodie bags,” Hannigan says.
“We sell these for $5 and we can’t keep up with demand. They are a really good example of how we are trying to avoid landfill. It is our last resort.
“Our waste bill is huge and if we could get rid of that cost we would be able to fund that 20 per cent gap of phone calls we can’t take.”

Hannigan says another issue is the ease at which Australians discard their clothes, citing the “Instagram generation” as one of the major perpetrators of such waste.
“Once they’ve had their photo taken on Instagram they can’t wear that item again. If we can get everyone under the age of 21 to wear everything twice…learn to accessorise,” he says.
“All of this is impacting on fast fashion. If we can take away this fuel, fast fashion will dissolve.”

Hannigan says the best way to donate is face-to-face in the store, the second is via a collection service and then there’s the Lifeline bins.
“It is fun shopping at Lifeline shops and digging through one of our sales. We see girls coming to our sales and they leave with between $2000 and $3000 worth of clothing with change out of a $100 note. We see refugees come in with an empty doona cover and they leave with it full of clothing for five families.
“We’ve done the research and one item of clothing passes through 38 hands by the time it leaves your hands, goes to the driver, the sorter, the packer and the store. And we employ 70 full-time people.
“Someone giving us a bag of clothing is the same as giving us a $50 bill, we really do appreciate it.”

Hannigan’s words resonate with me on this warm spring day where I’m wearing a light cotton summer frock I’ve bought in Bali from a local designer, hopefully injecting cash directly back into the Indonesian economy. I’m pleased to say I’ve worn it many more times than once. But I’m also becoming more and more aware of my footprint on the planet. Later that day, in a seminar about the burgeoning Tiny House movement at the Eco Expo, I learn that 1 billion people around the world live in slums. That’s 1 in 8 people on this planet. In a world where there are more than enough resources, it makes me want to weep.
Give someone the shirt off your back, it may just save a life.

To make clothing and furniture donations in Brisbane, you can call Lifeline on 36 32 10 10. Lifeline is opening a new retro clothing store in Stones Corner in two weeks.
If you need help, please call Lifeline on 13 11 14.
The Global Goddess funded her own ticket to the Brisbane Eco Expo and went with her fellow eco warrior No Impact Girl pictured below.

7 thoughts on “The Shirt Off Your Back”