THE waves are whispering off the reef, but in my half-awake/half-asleep daytime slumber, I can’t quite catch what it is they are saying. I am snatching a languid nap on the veranda day bed, listening to this seaside lullaby and the resort staff singing as they work. I have flown, overnight, on the new Samoa Airways’ Brisbane-Apia route and on the only plane it its fleet, a 737-800. The airline launched last year to replace the former national carrier, Polynesian Airlines, which ceased flying in 2005, due to financial issues. 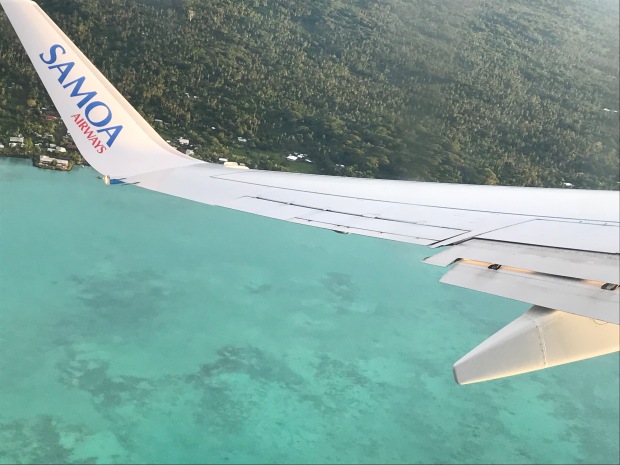 On board, the baby blue vinyl seats remind me of the interior an old FJ Holden and the seat belts are just as tricky to buckle as well. There’s no seat 13 on this plane, and in 14F on the flight over, apparently no button to recline my seat either, despite it not being in an exit aisle. The seat pitch itself is generous, with plenty of leg room, with some saying it’s a deliberate move to accommodate for the typically larger frames of Samoans. I don’t eat on the late overnight flight, instead preferring to lay across the three seats available on this leg, but despite having my eye mask on and my pashmina over my body, am shaken awake by a male steward, asking whether I want the “beef or chicken”. 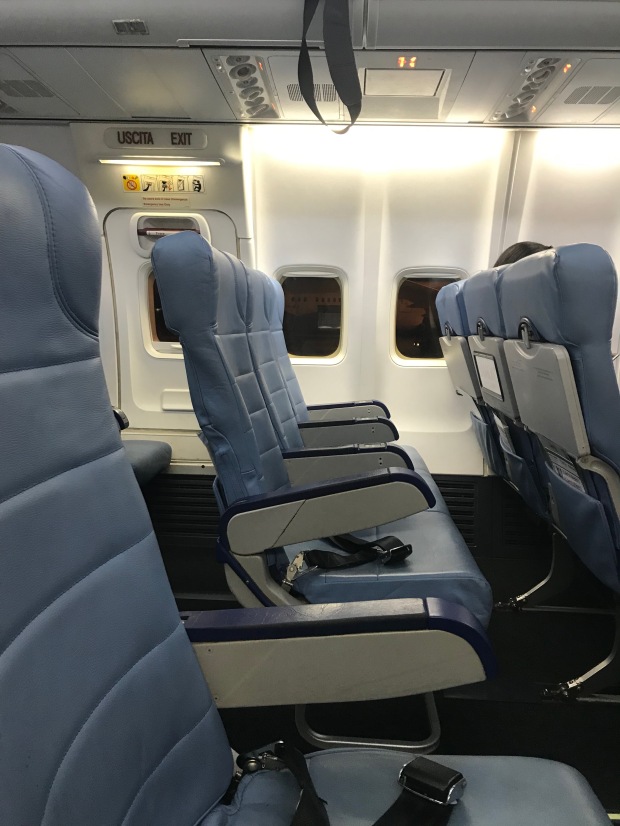 I arrive in the Samoan capital of Apia just as the sun rises and am transported across the island to Seabreeze Resort in the south. This adults-only resort is a consistent award-winner, and it’s easy to see why. Owned by Australians Chris and Wendy Booth, there’s just 12 rooms all overlooking the ocean and where the staff and service are immaculate. Over lunch, I ask Wendy whether Samoa possesses a masculine or feminine energy, and she doesn’t hesitate with her response.
“It’s got a masculine energy. Everyone looks to the father of the family,” she says.
“The mother plays a very important role in Samoa but she’s quite happy to be in the background. The women are very powerful people in Samoa.
“The men are the fathers of the family but if someone wrongs you, the father will defend your honour.
“It is an interesting society and interesting in the village. Everyone shares the upbringing of the children. It works because everybody has something to give.
“There is no ownership in Samoa. The biggest belief they have is what goes around, comes around.”

There are 2000 people in the local Aufaga village and I have the incredible privilege of meeting some of them. I attend the local school, a make-shift affair for around 200 kids while their old school is being rebuilt, and there’s a sea of pink and green uniformed faces waiting for me. Turns out they have been practising their dance moves and singing all week. The boys do the haka and the girls perform a kind of hip hop hula. I am invited to repay the compliment and shake a leg, and the kids are in hysterics. This “palagi” (white girl) can’t dance. 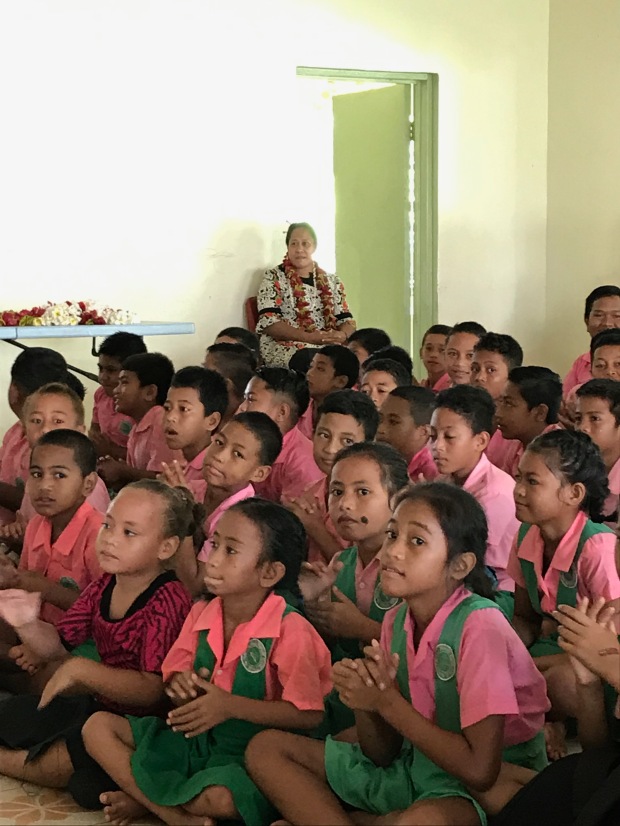 I visit a village family who have cooked me an entire chicken as a gift that I share with a colleague, and watch as they roast a pig underground in a traditional umu, covered in leaves. They’ve done this just for us, and it’s delicious. I’m touched beyond words. For people who have so little to give, they have shared this feast with me.

My week unfolds like the daily tropical storms. I walk through steamy jungle foliage to visit gushing waterfalls, I swim, kayak and snorkel in the lukewarm ocean, and on my last day, a Sunday, I go to church. Some of the village kids remember me, smile, wave and sing out “hi Chris” like we’re old friends. There’s a pesky lump in my throat which turns to tears when the Samoans start to sing church hymns.

Oe my last night, I check into the Honeymoon Villa, which sits on its own private point overlooking the ocean. There’s a luscious lobster with my name on it and I dine, alone, under the stars. I have lounged on plump day beds and enjoyed a facial replete with local ingredients such a cucumber, honey, lime and banana. Later, when the moon rises, I snatch a sneaky skinny dip in my private plunge pool under the night sky. There’s a stingray, sashaying through the shallows. I search for the spiritual meaning of stingray. It means protection. I look out to the ocean and silently thank Brother Samoa for looking after me on my journey across the South Pacific.

On the Samoa Airways flight home, in seat 26A, my tray table is so damaged, I cannot actually eat my food from it, as it slides right off, and I note one of the drop-down screens which displays the safety message doesn’t deploy. For a short-haul flight, and boasting some great launch specials, it’s a good option from Australia’s east coast, but don’t expect any frills. The inflight entertainment is via wifi and you don’t need to download an App beforehand. There’s a reasonable selection of movies, TV shows and games to keep you entertained on this flight which is about five-hours long. The food and beverage is also retro…there’s the beef or chicken… but despite my initial scepticism about the chicken dish, it turns out to be tasty. Alcoholic beverages are extra, and you must pay in cash, but the full glass of red wine was good value for $5.

Back in Brisbane, my luggage arrives promptly, but when I open my case back home, all of my clothes inside are soaked, despite there being no rain in Apia when I leave, or Brisbane when I arrive. With only one plane in its fleet, Samoa Airways is taking a huge punt should anything go wrong on its routes which include Sydney, Auckland, Pago Pago, Apia and Brisbane. But the airline does have plans to introduce a second plane in March next year, and an agreement with Qantas and Fiji Airways to assist should the plane not work for any reason. I really wanted to like Samoa Airways, and overall, if you are looking for a retro ride that will get you across the South Pacific, for a competitive price, and pleasant and professional staff, consider this airline. With a few tweaks, and more attention to detail, this airline could make the Samoans proud of once again, having a national carrier.

The Global Goddess flew as a guest of Samoa Airways https://samoaairways.com and stayed as a guest of Seabreeze Resort http://www.seabreezesamoa.com
The children at Aufaga Village school desperately need reading and other school material. You can donate these to Seabreeze Resort and one of the staff, who lives in this village, will ensure they are delivered.

One thought on “Take this retro ride across the South Pacific”

My Tweets
On the coldest Brisbane May day in 98 years, when the sky was a drab grey, Mother Nature pulled out her paintbrush at sunset. Zero filter. #sunset #brisbanecity #thisisqueensland #viewsofbrisbane #brisbanelife #discoverqueensland #skyporn #cloudporn #toowong #sunsetlovers