A FLIRTATIOUS French fellow is pouring a sexy shiraz from a pleasingly phallic stem, while explaining the sex muscle of a cow. I am dining in one of Brisbane’s oldest riverside restaurants, revisiting the classy classic that is Cha Cha Char…and my tastebuds are ready to rumba. While Cedric, the restaurant’s General Manager is ensuring I am well libated, it’s the steak here that really does the talking.

Brisbane’s beef baron John Kilroy opened Cha Cha Char 21 years ago after working in country pubs and vowing to “never sell a steak again in my life.” These days you’ll find every steak imaginable on his restaurant from the Wagyu Rump Cap which has been grain fed for 300-plus days; the Rib Fillet Black Onyx Angus aged 30 to 36 months and grain fed for 270-plus days; to the T-Bone Angus Yearling aged 12 to 18 months and grass fed. This is a man who knows his meat. When he’s not in the restaurant, he’s out mustering with mates “for fun”.

Kilroy, as he is known about town, was the first to introduce Wagyu to a sceptical Brisbane dining public who hadn’t yet cottoned on to the idea of marbelling in their beef. Now, he is about to tantalise the city’s taste buds with the introduction of a new cut, the French Blonde D’Aquitaine beef, to his menu. There’s also the new light dishes, tapas if you will, of the Oyster Carpet Bag bao bun with Wagyu striploin, oyster and bernaise sauce; and the Bugs BBQ served in brioche roll filled with Blonde D’Aquitaine steak tartar.

Not content to rest on its laurels, Cha Cha Char will soon transform the private dining room in which we are sitting into a Wagyu bar.
It appears there is not rest for the wicked for this country boy who once couldn’t read and was assisted in gaining his first job by Flo Bjelke-Petersen who helped him secure a role as a Main Roads surveyor…despite Kilroy having no surveying skills.
By his own admission, Kilroy has lost and made millions of dollars over the years, but for him, success all comes back to the customer.
“I can take a piece of meat in this town and make it tender just by the way it is cooked,” he says.
“Owning restaurants is not just how much money you have in the bank. You get to know people.
“I get to travel the world in people’s big boats and jets and planes. You never know who you are going to meet in there.”

Kilroy admits Brisbane palettes have come a long way “everyone knows Wagyu now” and has moved on from the days when calamari was used for fishing bait.
“We didn’t used to eat these things in Australia but people are eating anything now. A lot of this has to do with travel,” he says.
“There is passion in this restaurant. I can put a plate of food in front of you and in 30 seconds I know if you are disappointed or not.
“We’re just dishwashers listening to people. It is a very rewarding business.”

Along George Street, the Queensland capital has just opened its doors on new Indian restaurant Heritij in the new Brisbane Quarter. In this cavernous space, overlooking the Brisbane River towards South Bank, there’s dining for 210 people including private spaces such as The Library, Cellar Room and Passage, each accompanied by their own inspirational quote outside. I am feasting at the Captain’s Table, inspired by the quote “Around my table we make the big decisions, we solve the world’s problems, yet never lose sight of the deck or horizon.” It’s a fitting tribute to a city whose dining scene is on fire.

Outside, on the deck, it’s all breezy, blue cushions and river views, accompanied by a chic bar set up, while inside, it’s plush royal colours…purples, turmerics, navy blues, emerald greens, reminiscent of a Maharaja’s palace. The food here is fit for a king, with the pungent scent of the smoky tandoor wafting through this beautiful, big space, punctuated by voluminous, brick columns. While Michelin-star Chef Mural and his talented team weave their magic with the likes of chicken thigh, Thai basil, mint, rhubarb, zucchini, pineapple and kasundi from the tandoor, he pays homage to his homeland with his curries such as Kashmiri lamb, Goan fish, chicken Makhna, spinach kofta, black lentil dahl and vegetable masala.
“Indian food is incomplete without curries,” Chef Mural says.
“I don’t want everyone to be disappointed if there is no curry served in my restaurant. We used to serve this food in the home.
“Kofta is very close to my heart. My mother used to make this.” 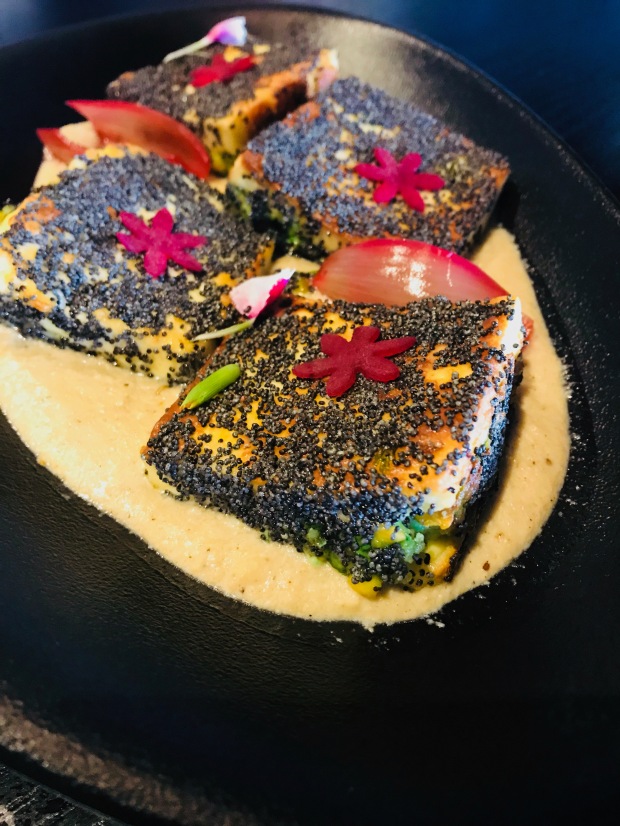 Back over at Cha Cha Char, I ask Kilroy, the self-made man who has lost and made millions over the years, what he would do if it all went belly up.
“I’d go to Europe and buy a little restaurant on the beach,” he says.
“To me, it’s all about the people.”
We’re a bit like that in Brisbane.

The Global Goddess dined as a guest of Cha Cha Char – http://www.chachachar.com.au; and Heritij – https://heritij.com.au