“This year I do not want the dark to leave me. I need its wrap of silent stillness, its cloak of long-lasting embrace. Let the dawns come late, let the sunsets arrive early, let the evenings extend themselves while I lean into the abyss of my being,” Joyce Rupp, Winter’s Cloak 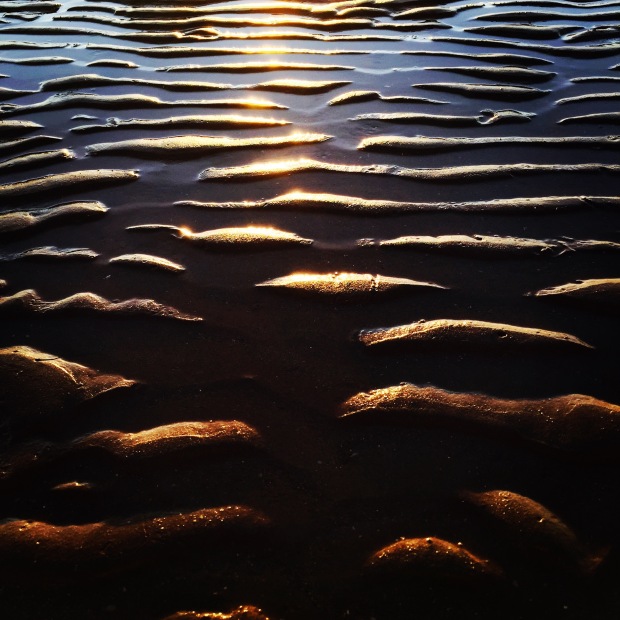 IN summer, we learn to live again. In winter, we learn about ourselves. And the presence of a wild snake on one’s back deck is, arguably, one of life’s great teachers. I used to be scared of snakes, having grown up in country Queensland where scorching summers were punctuated by frequent snake sightings. Red Belly Blacks and King Browns were the order of the day out there, the type of rebellious reptiles that could easily kill a small child. And so I learned to fear those slithering serpents of my youth. But several years ago, when I first spotted a carpet snake on my back deck, I decided to finally face my fear. On the one hand, this was made much easier by the fact it’s a harmless common Eastern Australian carpet python. On the other hand, a snake is still a snake.

Anastasia arrived first, who departed only to be replaced by Sylvia, who grew from a one-metre juvenile in the first year, into a three-metre monster by her third. Too fat to fit back into the ceiling cavity, she departed, only to be replaced by Saskia, who arrived about a year ago. Saskia, like Sylvia, was also slim, but with a ready diet of bush rats and possums right out the back, she too has grown. And now she’s possibly the fattest snake I’ve ever seen. My anaconda girl also measures about three metres long, but sports the beer belly of a Brisbane bogan. Lay off the possums, I want to advise, particularly given I gain great comfort from their roaring thunder along my timber roof late at night. To me, that’s the soundtrack to living in Brisbane, and I love it. 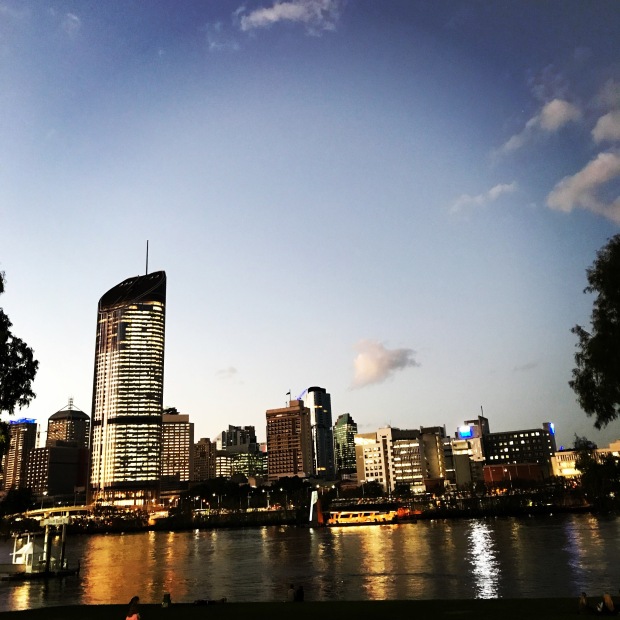 So, what have I learned from my snake this winter? The first lesson is that it’s important to slow down. While my snake is still surprisingly active, even in winter, she moves at a slower pace. She basks on the back deck in the winter sunshine, that I, too crave. Learn to love the softer light, she seems to whisper to me. Take the time to laze. Stretch. Sleep. We need these seasons to rejuvenate. Reflect. Retreat inwards. For in a place like Brisbane, where the summers are long and lusty, it’s too easy to keep running. And run out of steam.

My sassy Saskia has also taught me while it’s important to eat, don’t eat too much. Fuelled by her latest possum catch, and a ridiculously distended belly, she tried and failed many times to return to her ceiling cavity the other afternoon as the sun signalled its early afternoon departure. She crawled and wiggled and pretty much looked like I do every winter when it comes to trying on that first pair of jeans. Eventually, she gave up. And whether she will return is anyone’s guess. I’ve learned to grow OK with that too.

She’s taught me to shed my skin a little. Be vulnerable. And she’s taught me to face my fears. In an ideal world, there would be no wild snakes on my back deck. But history has taught me that not long after one has departed, another one arrives. They are territorial like that. And so, I must embrace this paradigm. Just as winter follows autumn, the seasons will keep on changing. I used to hate winter too. The short days, the cold mornings, being constrained by too many clothes. By nature I’m a summer frock girl who loves being in the water. Those beautiful balmy evenings, bare feet and ice-cold beer. But I’m slowly learning that life is also about embracing the shadow side. Not only in nature, but in myself and others. Instead of rejecting the things I dislike about myself, learning to acknowledge them as a part of a greater sum.

I’m back on the yoga mat this winter, a nourishing alternative when the water is too cold in which to swim, and last week we celebrated the winter solstice in the southern hemisphere. The days are starting to grow longer and pretty soon, they will grow warmer again. But for now, I’m going to relish the words of Joyce Rupp: “Let me lie in the cave of my soul, for too much light blinds me, steals the source of revelation. Let me seek solace in the empty places of winter’s passage, those vast dark nights that never fail to shelter me.” Wherever you are in the world, whatever the season of your soul, I hope you find solace too. 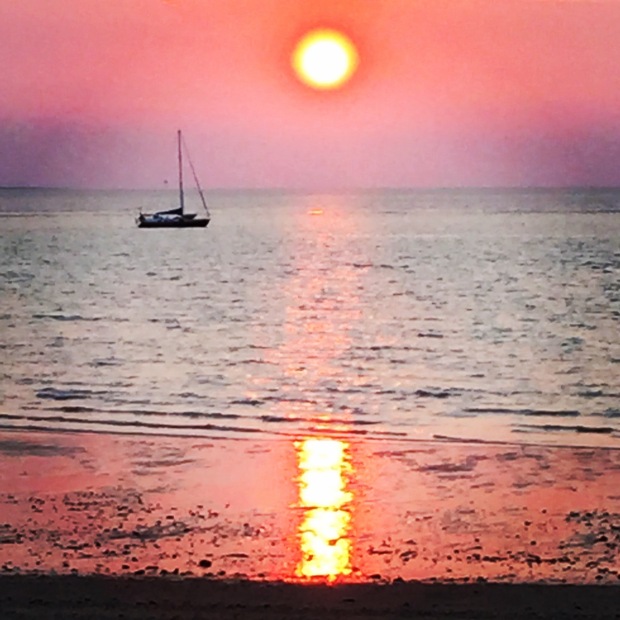