AS you read this, in various destinations around the world, 35 women are into their fifth day of a 21-day private self pleasure challenge. That’s right, 35 women from Australia, England, Chile, America and the Netherlands have signed up and paid $US89 to participate in conscious masturbation every day for three weeks. How do I know this? Because last week being a relatively quiet start to the working year, I stumbled across a Facebook page called The Self Pleasure Revolution. And, as you can imagine, I was more than a little curious about what this all meant. For me, a night of self pleasure means a bottle of cheap red in bed watching Better Homes and Gardens and marvelling at the fact anyone could possibly take Tara and her creepy craft-making seriously. (I still have not recovered from the time she found an early model computer, you know those big boxy ones, and shoved a cat in it and called it a cat box). But it turns out on today’s blog I’m talking about pussies of a different kind. And how to discover your own pleasure. 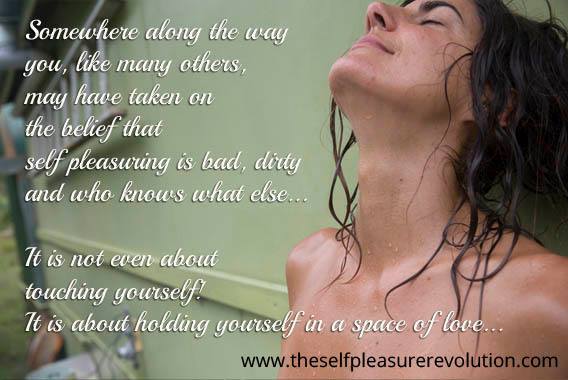 I tracked down the architect of The Self Pleasure Revolution facebook page and website, Elise Savaresse, and found a softly-spoken French (now, there’s a shock) woman, in her mid 30s, living in Perth. Elise, a life coach, has lived in Australia for 8 years, and launched the first Self Pleasure 21-day challenge in August last year.
“I’ve been exploring pleasure and self pleasure for a while and I’ve been interested in exploring how the mind works,” she says.
“A lot of studies show it takes 21 days to develop a new habit and to change neural pathways. I was driving one day and thought this concept might be something interesting to try.”
At this stage I should point out I, too, have lots of thoughts while driving – like whether there is enough chocolate and wine in the fridge waiting for me back at home – but the thought of launching a self pleasure revolution has never ever occurred to me.

Elise established her website and last August, 20 women from around the world signed up to the challenge which includes a welcome package; an opening ceremony; pleasure inspiration list; self pleasure guideline; daily emails to support and inspire; and techniques. Women are also encouraged to reclaim words such as “yoni, cunt and pussy”; and are supported by three “pleasure filled Goddesses” (including Elise) as well as a community of women who are reclaiming their bodies. Interestingly, women are also given a “live demo” to help them in their practice, which Elise says is conducted fully clothed and shows various positions and practices. For those who are a little bit more reticent to dive into the deep end, so to speak, you can download a free eBook from Elise’s site – Self Pleasuring For Women: The 7 Biggest Barriers.

On Friday, 35 women started the second 21-day challenge – which women can join at any time – and which Elise hopes will grow to 1 million followers around the world.
“A lot of women still hold a lot of shame about touching themselves. Self pleasure is very masculine. This is all about listening to your body and it is a totally different approach,” Elise says.
“In my job as a life coach I work with empowering people through self love and it is really important to work on the physical aspects of that as well.
“From my own experience, I think the French are a bit more open to talking about their sexuality. I can feel there is a heaviness in Australia.” 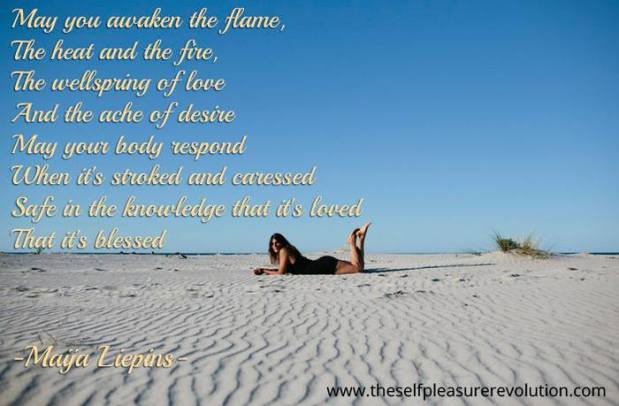 Elise, who has a partner, says whether women are in a relationship or not, the benefits of self pleasure are enormous including learning to understand your own body, being comfortable in your own skin, and being able to share what feels good for you. Even those without partners will benefit from the stress relief that regular self pleasure can bring through those happy hormones released upon orgasm.
“A lot of women feel that pleasuring themselves means they don’t love their partner and that their partner is supposed to be giving them pleasure,” she says.
“But it is psychological. We are always looking to understand ourselves, to be present and loved. When you pleasure yourself you are holding that space for yourself.”
I haven’t yet signed up for this 21-day challenge, but it’s certainly something to bear in mind for the future. After all, I’m up for anything that adds a bit of spice to life, and I’m pretty sure I can’t find that in a computer cat box.
Elise will be spreading the love around Australia with workshops in Byron Bay, Sydney and Melbourne in February and March. To find out more about the workshops, 21-day challenge or the concept overall, go to http://www.theselfpleasurerevolution.com
(All photos in this blog courtesy of Elise’s facebook page The Self Pleasure Revolution)