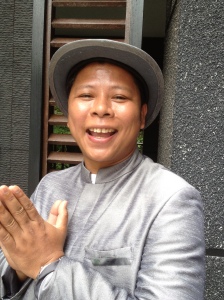 AS is so often the case when The Global Goddess travels, the adventure begins before the plane has even arrived at its destination. In this instance, I’m on a Thai Airways 777-300 bound for Bangkok. I’m in seat 53H and in seat 53K sits a 40-something woman who admits she’s never flown before and is a tad nervous about her journey and subsequent arrival in Bangers. Now, on the one hand I want to assure her by telling her she’s seated next to The Global Goddess – her sister advised her to sit next to a woman (yes, because no woman in history has ever killed anyone. Much). On the other hand, I don’t quite have the heart to tell her The Global Goddess is also a terrible flyer and in terms of occupational hazards, this is a bit of biggie. I do, however, get through it by fuelling up on red wine and prescription pills which make me slightly hysterical and prone to simultaneously laughing and screaming out “we’re all going to die” at the slightest sign of turbulence. Or provocation such as running out of wine. I tell the cabin crew member to save us both time and just leave the bottle of red on my fold-down table. 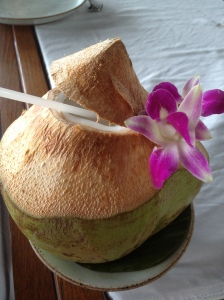 At this point, I should also confess that the woman in the seat in front, by way of apology for taking too long to load her oversized carry-on bag into the overhead locker and standing with her crotch in my face, decides to pat my arm, but instead tweaks my left nipple, thus ensuring it throbs all the way across the Gulf of Carpentaria on my north-bound journey. I don’t quite know how to ask in Thai for ice, or paw paw cream for my affronted boob, and given I’ve already secured the wine, I sit in silence for the next 9 hours, clutching the bottle and cursing my lack of Thai language skills. For years, I’ve been travelling to Thailand and I only recently learned that instead of commenting to locals that the weather was “hot” (yes, I’m such a witty conversationalist), I’ve been telling the Thais that I’m “spicy”. Not the sort of phrase one should be tossing around Thailand with gay abandon. 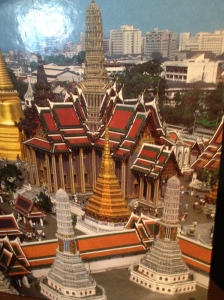 The nervous woman next to me also has the name “Rachel” tattooed on her inner right forearm which causes me to wonder whether it’s the moniker of a loved one, or whether has sister also advised her to have her name on her arm in case she gets lost. I’m not poking fun, we all have to start our travelling somewhere. More power to her. In any case, the plane lands and I never see The Girl with the Rachel tattoo again. For I have the grand fortune of staying at the luxury Banyan Tree Bangkok, and I’m pretty sure “Rachel” is off to some seedy back street – such is her game face. 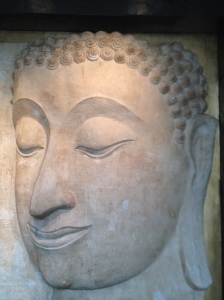 A prestigious black private car with my own driver is waiting for me at the airport. Like most Australians, when it comes to posh, I feel like a complete and utter fraud and half expect the Thai police to stop the car just as I’ve opened the free water. I take great care not to tell the driver that I’m “spicy” and instead tell him that I speak “a little” Thai. Who am I kidding? Apart from “hello”, “thank you” and the surprisingly handy “no worries” – all three phrases I repeatedly confuse with each other – I speak bugger all. 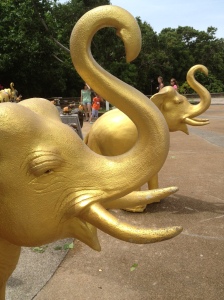 At my hotel, the staff checks me in and curiously take my photo on their iPad. I suspect they’ve never quite seen such a dishevelled Australian woman replete with airline chicken fried rice stuck to her dress, a couple of red wine stains and coming off the effects of the cache of prescription pills in her handbag. A little cup of crazy? I look like I’ve drunk the whole bottle. 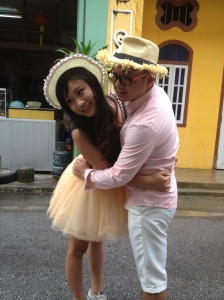 And hence begins my Banyan Tree journey to Bangkok, Phuket and Samui, which is characterised by a big lap of luxury, a whole lot of laughs, and a misadventure or two. Stay tuned for next week, to find out how The Global Goddess copes with Living the Thai Life.

The Global Goddess travelled as a guest of The Tourism Authority of Thailand and the Banyan Tree. To book your own luxury Thai holiday, go to http://www.tourismthailand.org and
http://www.banyantree.com 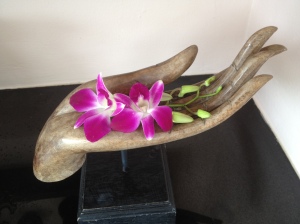 7 thoughts on “Thai on Life”