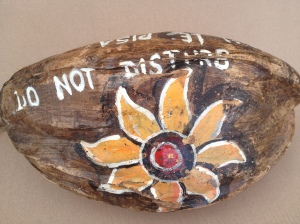 I CAN’T pinpoint exactly when, but at some stage in the conversation, Chris Solomona gets straight to the point. Of his penis to be precise. More so, the fact it’s the only part of his body from his middle back to his knees that is not covered in tribal tattoos, thus ensuring I spend the rest of our meeting trying to peek under his lava lava for confirmation. But this is not a story of sex. It’s one of seduction. A tale of tattoos, tradition and testosterone. Of tsunamis, tragedy and ultimately triumph. This is my tale of the South Pacific, welcome to my Samoan seduction.

The tattoos, deeply etched into Chris’ cocoa-coloured skin, scream of centuries of culture, tradition and the ultimate test of manhood…soul-searing pain. They speak volumes of this South Pacific paradise in which I find myself talking intimately with a man, whom I’ve never met, about the most delicious of subjects. Finding love, the Samoan way.

“We are still intact and alive in our old ways. We have a Council of Chiefs and laws you must abide by. The most common law is it is taboo to think about marrying a girl from your own village. If you marry outside your race you will get a slap on the back. They will say ‘that a boy’,” Chris says.

“There is quite a process that a man has to go through in order to get a date. Back in 1999, I was drinking kava and I saw a beautiful woman come into the market and I asked people for her name and some woman told me it was Nora. So I went home and cooked all this food such as taro and a roasted pig. On the way to her village I stopped and bought two bottles of beer. There was no way I was going to do this sober.

“I walked in to her house and I put the pig on the floor and then forget what I am going to say. I can see two girls but I can’t see Nora in this room and I am wondering if I am in the right family. It turns out she was in the kitchen cooking and when she came out and sat next to me and I felt like I was eating broken glass.”

“Two to three weeks later I spent the weekend with her family but there was no privacy. We went out for one year and there was no touching. I’m a modern male and this is paradise but we’re not that perfect,” he laughs at the sexual frustration.

Fourteen years later and the couple now have five children, all traces of sexual frustration seemingly erased. Chris, who manages the Samoan Tourism Association Cultural Village in the capital, may be a modern male, but traditions such as tattooing run deep within his veins. When the missionaries arrived here in 1830, they tried to stop tattoos but the Samoans refused to relinquish this crucial piece of their culture designed to test bravery and courage. But don’t be fooled. Chris describes the procedure, which takes several months, as “a world of hurt, pain and suffering you cannot explain”.

“It is pure pain and torture and something that no man in their right mind would go through. Coming out of it is like a second chance at living.”

A second chance at living is what this charming country knows all too well having survived its share of cyclones and a devastating tsunami in 2009 which claimed 189 lives in the South Pacific region, many of them Samoan children. Samoa is a land of love and loss. Of triumph over tragedy. You can’t have paradise without pain. The Samoans, who ooze charm, character and beauty, know this maxim all too well, for this is a country with soul.

“You find a Samoan woman and stay with her in the village and you mingle. Then, all the men in the village will be watching. In Samoa, you just sit back and wait and all the pieces will fall into place. Actually, waiting in the wrong word. You will be hiding,” he laughs.

And I’m in luck. The very next night I stumble across my Samoan sista-in-crime in the form of Natasha Tamasese at Sinalei Reef Resort and Spa on the South Coast. What I don’t know at the time is that Natasha has married into Samoan royalty – the Tamasese name synonymous with one of the paramount chiefs of the country and highly revered. Yes, in terms of a wing woman, I’ve hit the jackpot. And best of all, I’m told there’s one unmarried brother in the family who lives in Queensland. Yes, you heard it, right under my nose. I’d reveal more details, but then I’d have to kill you all. 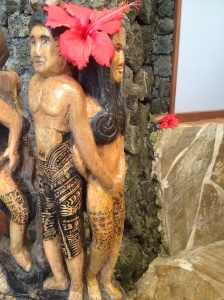 Aside from the opportunity to dine with the Tamasese’s, Sinalei is also home to Spa Tui I Lagi, named after the resort owner’s wife who died in the 2009 Tsunami. Even in languid Samoa, time marches on and tries to heal the deepest wounds. Joe, the resort owner, has found love again and just announced his engagement to Tammy. Yes, love, loss, tragedy and triumph. I contemplate these concepts during a massage at the resort’s oceanfront spa the next morning on the most perfect of days. My spa therapist mentions the sound of the waves breaking casually against the reef outside. “You can hear its voice,” she says simply. Even the ocean here is a seductress.

And so, too, is the language in this country. When Samoans speak in their native tongue, they tend to slowly wrap their mouths around each word, pronouncing every consonant and evocatively elongating vowels. On the flight home I fantasise about two things: learning to speak this lovely language to my new husband who is yet to learn of my existence, and a return trip to the South Pacific. Yes, you too, should wrap yourself around Samoa. I can guarantee, it will seduce you back. 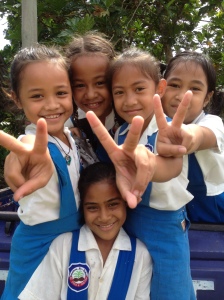 The Global Goddess travelled to Samoa as a guest of the Samoan Tourism Authority. If you, too, wish to be seduced by Samoa go to http://www.samoa.travel for more information. Virgin Australia flys direct to Samoa from Brisbane once a week and several times from Sydney.

Spacifica Travel is offering a number of last-minute Easter specials to Samoa from $1449 per adult and $779 per child flying Virgin Australia from Sydney. The price includes return airport transfers, 7 nights for the price of 6 in the Tanoa Tusitala Hotel in Apia, and continental breakfast daily. http://www.spacificatravel.com 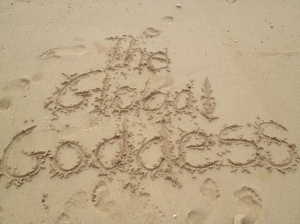 10 thoughts on “My Samoan Seduction”