A BOLD black mole has taken up residence beside Madam Kwok’s nose, but rather than being viewed as a facial flaw, it’s considered good luck for this Mauritian-born Chinese woman. And Kwok, 75, knows a thing or two about fortunes. This fortune teller and astrologer has been predicting the future for the past 35 years, and so I find myself seated in her China Town premises, in the middle of the chaotic capital of Port Louis, discovering my fate.

Kwok sports kind eyes, wears a jade bracelet on her left wrist and is perched behind a desk, a gold statue of Buddha to her left, a shrine behind her. She speaks Creole, French and Mandarin, but no English, so my fortune is being translated courtesy of my hotel Host, Vimla, from SALT of Palmar. I am furiously trying to scribble notes for my travel stories, an impossible task while Kwok holds both palms, and I wonder how much of my fate is being lost in translation and my sloppy scribbling.

She tells me I am fiercely independent, faithful and frank, a writer who is happy discovering the world, and that money is not important to me (mmm, well a little would be nice). While Kwok tells me I will be happy even when I’m single (no, Kwok no!), she says I will find love again (phew), but not marry (fine). She thinks he may even be Mauritian.
“You will meet someone who will be a traveller like you. They will have the same character as you,” she says.
“But there will only be one and that person will look at you like you are the only one.
“It will all be about love and affection.”
Kwok tells me I will keep moving, for now, until I’ve found “the person” and he will take me to where I am meant to live.
I will also live for a long time, but I need to take care of my health (stop drinking wine Goddess) and I will never stop writing until I take my last breath (which, frankly on some days, could be the very death of me).

To find Kwok, Vimla and I have driven past ripe banana and pineapple plantations and rustling sugar cane crops. The country’s cyclone-proof concrete homes are a confusing jumble of African, Indian and Chinese architecture, and there’s a mesmerising mixture of mosques, temples and churches in this multicultural pot which is so hot, it sizzles. We arrive in Port Louis and ask around the streets of China Town for Kwok, part madam, party myth in these parts. But find her we do, and after our reading, Vimla and I saunter to a tiny hole-in-the-wall shop carved into a 100-year-old building, and sip on a sweet Coca Cola in a glass bottle, redolent of my Australian childhood, and eat Chinese chicken noodles, all for $5. At the pumping Port Louis Central Market there’s plump olives and fat cauliflower heads, pungent spices, colourful vegetables and tropical fruit served the Mauritian way with salted vinegar. It’s so strong it makes my eyes water. 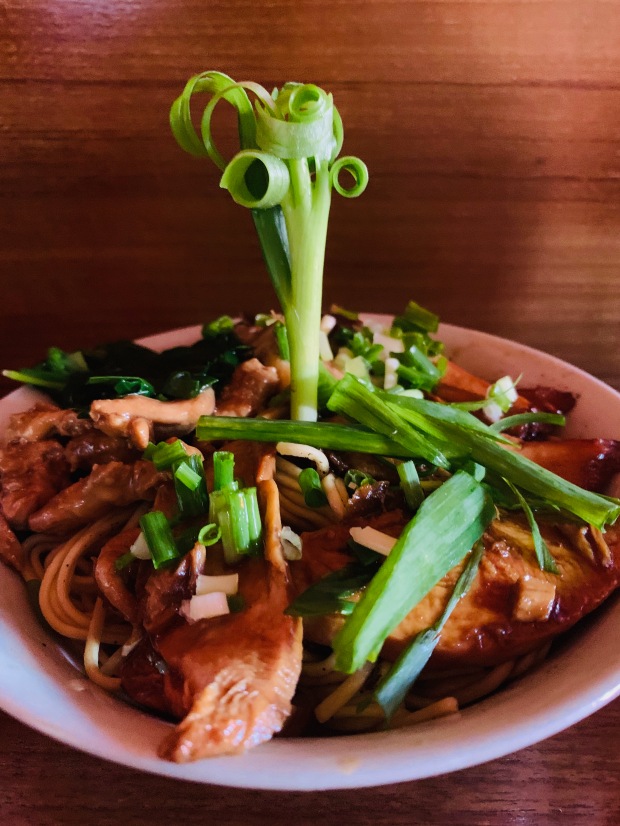 Later that day, and as part of SALT of Palmar’s bid to encourage guests to meet the community, I visit the hotel’s potter Janine Espitalier-Noel, who handmade SALT’S 950 pieces of crockery. Janine, 58, originally from South Africa, fell in love with pottery when she was 16 years old and says it “changed the course” of her life.
She met and married a Mauritian man in her home country and they decided to move to the island in 2008.
“I’ve learned everything from trial and error and have always been drawn back to pottery,” she says.
“I saw a wheel and kiln for sale and brought it to Mauritius and taught fabric painting all around the island to expats.
“About a year ago SALT phoned me and said ‘we are doing locally produced’ and they sat with me and together we worked out what would be correct for them such as mugs, plates and dishes.
“They have really put me on the map.”
It took Janine and her potter partner Richard 1.5 months to complete the 950 pieces for the hotel.
Now, guests are invited to do a “taste of pottery” at her studio in lessons where they learn wheel throwing, hand making, clay modelling and glazing.
“When people come they are so happy, it fills their soul,” she says.
“It is the feel of the clay, a ball becoming a face or a beautiful bowl from a blob of clay.
“It’s stunning.”
Janine hands me the wheel and I make what appears to be a penis. Maybe Kwok was right, I will find my man in Mauritius?

The next afternoon I encounter Nathalie Marot, 56, who retired from her former sustainable dry-cleaning business, and started making eco-friendly soaps as a hobby. Now, she supplies SALT with its soaps, hair masks and body scrubs for its guest rooms, as well as massage oils, balms and salt for the spa.
“I was talking about no waste and everything ecological and non-detergent based products long before anyone else,” she says.
“Eventually SALT heard about me and it fit into their concept and they contacted me and we began.
“For SALT, the soap is custom-made and everything is done inhouse in my shop here in Mauritius. There is no extra packing and we like to use the same kind ingredients as you would in cooking.”

On my last night at SALT I am due to interview mother of nine girls (four of her own and five adopted), Mirella Armance at her home but she has been called away. Instead, I meet two of her delightful daughters and we sip local rum in the back yard before feasting on traditional Mauritian curries. The night has turned cool for this tropical destination but the conversation is warm. Like all women around the world we talk of love and loss and loneliness. And while I don’t meet my Mauritian man on this trip (despite many and varied offers), I fall in love with this Indian Ocean island, her magnificent madams, and a heavenly hotel group connecting strangers with community. And so, as Kwok predicted, I keep wandering and writing.

The Global Goddess travelled as a guest of The Lux Collective https://www.theluxcollective.com and stayed in both SALT of Palmar https://www.saltresorts.com/en/mauritius/hotel/saltofpalmar
And its beautiful sister property LUX Belle Mare http://www.luxresorts.com/en/hotel-mauritius/luxbellemare

East coast Australians can overnight in Perth and stay in the likes of the new QT Perth, which opened last September, and boasts an award-winning restaurant and elegant rooms. https://www.qthotelsandresorts.com/perth

Air Mauritius has up to three flights a week from Perth to Mauritius. http://www.airmauritius.com

2 thoughts on “The Magnificent Madams of Mauritius”