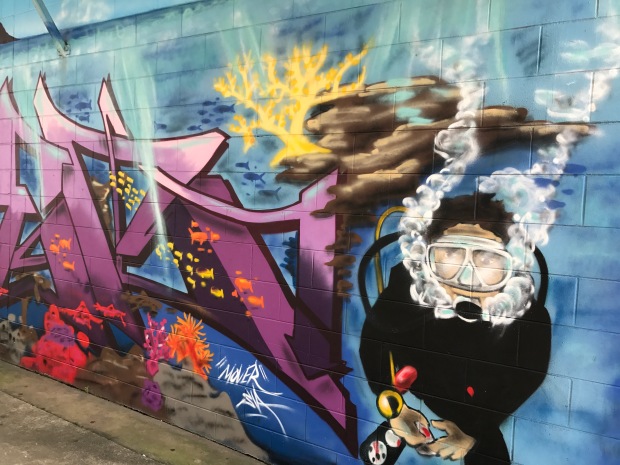 THIS travel tales begins where all good journeys should, back in my hometown of Brisbane at my temple of worship…the Regatta bottle shop. I don’t usually dash to the bottle-o just before I’m about to fly to another destination, but I have just learned that my next stop is BYO, I can’t bring any glass, and red wine is also forbidden. And so I find myself in a peculiar pickle, hunting for the finest chateaux cardboard that can be carried, along with my clothes, in a 20 litre dry pack.

I’m off to the Whitsundays as part of the first media contingent to return to the region after tropical Cyclone Debbie hit on March 28 causing an estimated billion dollars worth of destruction during the 36 hours it raged. The Category 4 cyclone, the worst since Cyclone Ada hit in 1970, destroyed 93 boats in Airlie Beach and took out the town’s electricity and water in some parts for up to 16 days. Both Hayman and Daydream Islands were extensively damaged, and will not reopen until 2018. Hamilton Island also sustained damage, but reopened a week after the cyclone. On the mainland at Airlie Beach, the Airlie Beach Hotel is closed, as are several other businesses.

On this journey I will spend two days and two nights at Paradise Cove Resort with Red Cat Adventures. This particular tour is called the Thrill and Chill package. But there are very strict rules attached to this tour. No glass and no red wine. No nail polish or nail polish remover. And finally, no bags with zippers. While on the island I also learn I am only allowed to have an ice cream if I agree to take a napkin first. I’m intrigued. What the HELL happens on this island? After all these years of travel, am I about to have my first Lord of the Flies encounter?

Paradise Cove, on the Australian mainland about 30 minutes by road, or the same time by boat from Airlie Beach, is owned by millionaire Jodee Rich and leased to Red Cat Adventures. And it appears the millionaire does not like spillages. Legend has it a backpacker once tipped nail polish on the floor there and then attempted to clean it up with nail polish remover, which made the situation worse. As for the bags with zippers, apparently zips carry bed bugs. And here I was blaming the backpackers.

On this particular tour I am surrounded by 17 backpackers who are young enough to be my children. Look, I like backpackers, I was one once, but I don’t like them enough to be stuck in a remote locale with them with only white wine in a pouch to console me. Luckily for me, I am upgraded to the “Dream Villa” in which Mr Rich stays when he’s at his resort. It is part African safari lodge/part Aboriginal art gallery with thousands of dollars of authentic Indigenous bark art on the walls. A wooden hippo is perched on the floor and there’s binoculars in an old-fashioned leather case and an ancient typewriter on a desk, which appeals to this writer. A free-standing bath stands in one corner of the yawning bathroom and in the other, a shower surrounded by glass, so that you can bathe with Mother Nature as your witness. On one morning, I am visited by a wild dingo. 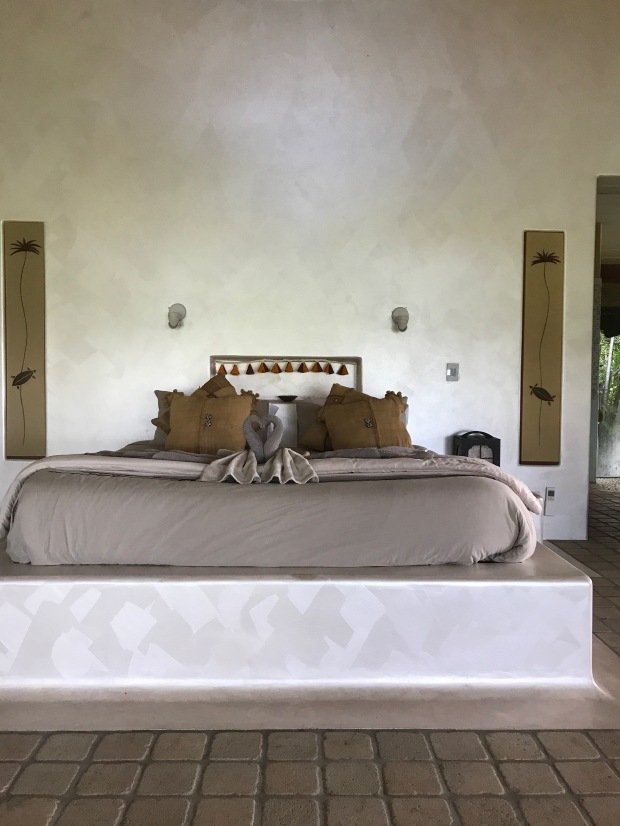 The most comfortable king-sized bed in which I’ve ever slept is the centerpiece of the villa which also houses plush day beds inside and a gorgeous swing chair outside from which you can watch the sun rise over the ocean. And the best bit, I can only hear the sound of screaming curlews late into the night, my backpackers scattered somewhere else around this bush property, which sits in Woodwark
Cove. During the 2 day/2 night tour you’ll board the 12 metre, 600 horse power boat and take snorkelling trips to the likes of Hook and Whitsunday Islands. There’s a three-hour visit to Whitehaven Beach and on your last day, you’ll be taken to Langford Reef where some believe Lara Bingle infamously muttered “Where the bloody hell are you?” for an Australian tourism campaign.

While I silently mutter “What the bloody hell am I doing on this tour with backpackers?” in my head, the thing I love most about returning to Airlie Beach is that this town reignites the dormant backpacker in me as well. There she is, my 20-year-old self, who took off around the world with a 10kg backpack of clothes and a fistful of optimism. And this reminds me of a chat I had with a Balinese local years ago, shortly after the Bali bombings. I am always conscious of the “ugly Australian” who enters Bali, the one who drinks too much or packs their boogie board full of drugs, and so I continually check in with Balinese tourism operators as to how my fellow Australians are treating them. On this particular day, the Balinese man said: “We love Australians, when the Bali bombings happened you were the first tourists to return back.”
And so it is with the backpackers to the Whitsundays. Yes, there is some pain in this region, and there are some things to rebuild, but there’s still plenty of amazing things to do here. These fearless travellers, the backpackers, are the first to return. And for that, I can’t help but love them. Bed bugs and all.
Important footnote: Should you find yourself in a similarly dire wine predicament to that I have described above, I have just discovered there’s an excellent new alternative on the market. Tote Wines has launched premium wine pouches in an easy to chill, easy to carry, 1.5 litres. The launch range includes a 2014 Barossa Valley Shiraz and a 2016 Eden Valley Sauvignon Blanc with a Barossa Valley Rose set to launch in the coming months. http://www.totewines.com.au 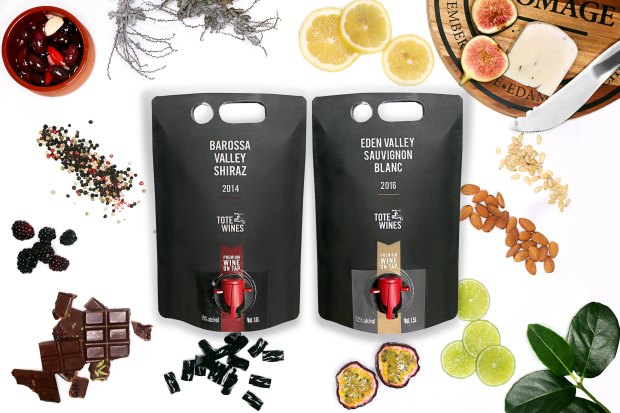