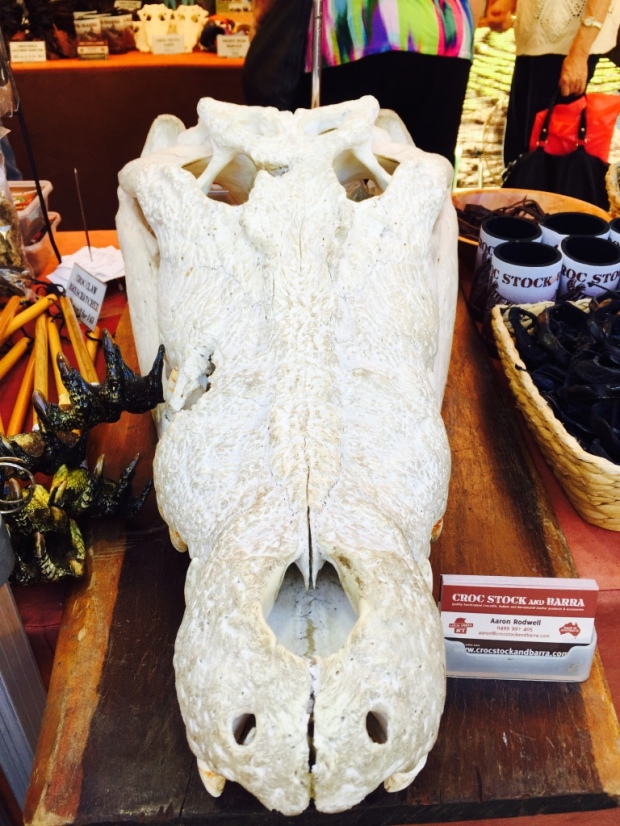 Destination: “Batchelor” Northern Territory. Population: No eligible blokes.
A FRAGRANT frangipani guard of honour framing the road from the airport announces my arrival into Darwin city. I’m driving an automatic hire car and I must be the only person on the entire planet who can’t handle an automatic, my feet fumbling every few metres for the clutch. So poor am I at mastering this skill, that I realise I am actually driving the car in neutral. That explains the odd looks from the people outside the vehicle and the strange sounds from inside. In retrospect, it’s not a bad thing to arrive in a new city in neutral. No expectations. And Darwin is my last Australian capital city to conquer. 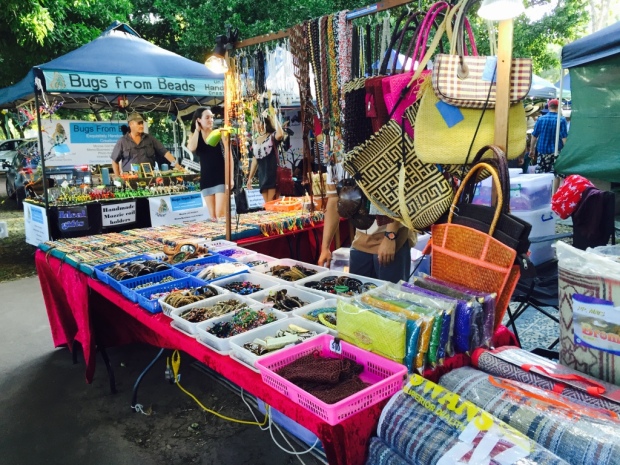 Yes, 30 years of travelling the globe and I am possibly the only Australian who hasn’t been to Darwin. In human terms, I am the last cab to Darwin, so to speak. But I’ve heard all the stories. About the croc attacks and bum cracks. Those Top End “terrors” (I’m talking about the blokes here), apparently even more daring than those in my hometown of Brisbane. I’ve seen NT Cops on television and I’m an avid follower of the Northern Territory News’ front-page headlines such as “A croc ate my cock” (you should be so lucky, mate) and frankly, I can’t wait to see what this final frontier is all about. A female friend finds out I’m going to Darwin and assures me there’s a “mansoon” happening up here. Yes, the ratio of men to women is apparently 13:1. The very same time last year I was in Mount Isa where the bloke/sheila ratio is 7:1. Things are improving. According to another friend, the odds are good but the goods are odd. 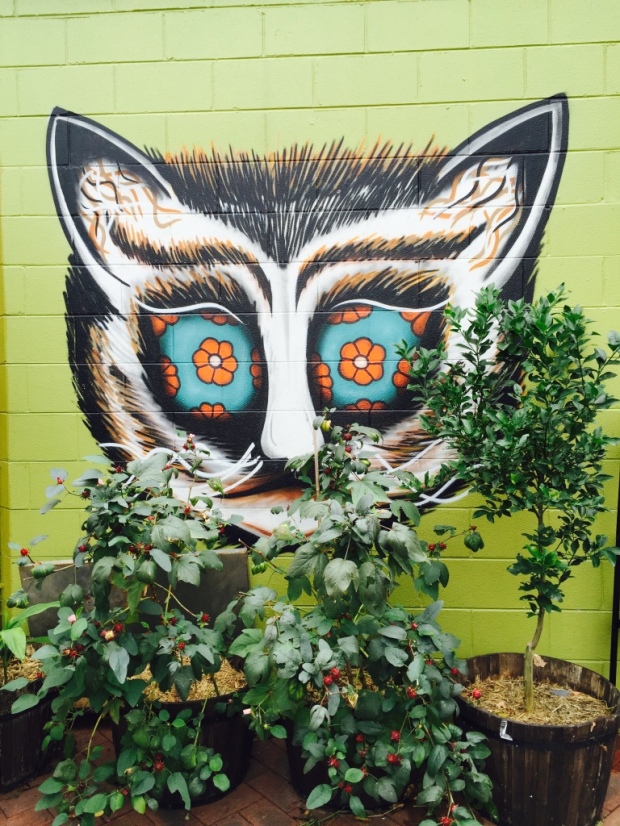 While I expect to meet plenty of men, what I don’t expect is to find a city that is thriving as much as those frangipani trees. I walk down the Smith Street Mall on a glorious winter day, past the posh Paspaley Pearl store with its swanky shell handles. A few doors down, di CROCO Boutique is selling handbags made from NT crocs for around $3000. I spy some $20 key rings more in my price range. All the beautiful people are sipping skinny chai lattes in the Star Village courtyard, home to local designers.

Down the Mall I wander, stumbling across an old black caravan. There’s a pretty girl inside with a killer smile and I ask to take her photo. She’s selling tickets to the Darwin Festival in August. She points out a plaque on the caravan. Turns out this van is called Tracy, and it’s the original van used to house one of the 25,000 people rendered homeless when Cyclone Tracy destroyed the city on Christmas Eve 1974. It is at this exact point I fall in love with this city. I love a destination with a story and soul and Darwin has both in spades surviving not only the Japanese bombing in 1942, but Tracy too.

Around the corner, I bump into the old Country Women’s Association building. Fair enough, I think to myself, there’s a CWA here. But as I step closer I discover it’s now an eco café serving the kinds of things our grandmothers had never heard of. Yes, there’s acai bowls and skinny lattes where once there was crochet and black tea. On this particular afternoon I have time, and I let the gentle breeze off Darwin Harbour blow me in whatever direction it chooses. I find myself in Austin Lane, just off of Smith Street, where I discover graffiti art galore. Little do I realise that in a few days I’ll be back here, taking a cooking class in Little Miss Korea, a converted loading bay at the back of the old Woolworths complex. Korean chef Chung Jae Lee, who was born on the floor of his mother’s Seoul restaurant kitchen, will teach me how to make a seafood pancake. And God, will we laugh.

But before I cook with Chung, I’ll head to the Wave Lagoon where I’ll grab a boogie board and join a bunch of excited kids in Darwin’s answer to the ocean. And it’s pumping. Queensland board riders hate this sort of choppy onshore surf, but on this divine Darwin day I can’t think of anything more swell.
Days later I’m swimming at Litchfield National Park, spending the day wading from waterhole to waterhole. It’s on this journey we pass through that town called Batchelor. While the spelling is slightly skewiff, the sentiment is spot on. There’s even a Batchelor Museum which forces my face into a wry smile. Yes, single blokes are so rare in Australia, they are now building shrines to them. Of course, this museum is about something entirely different, but it keeps me amused all the way back into Darwin. 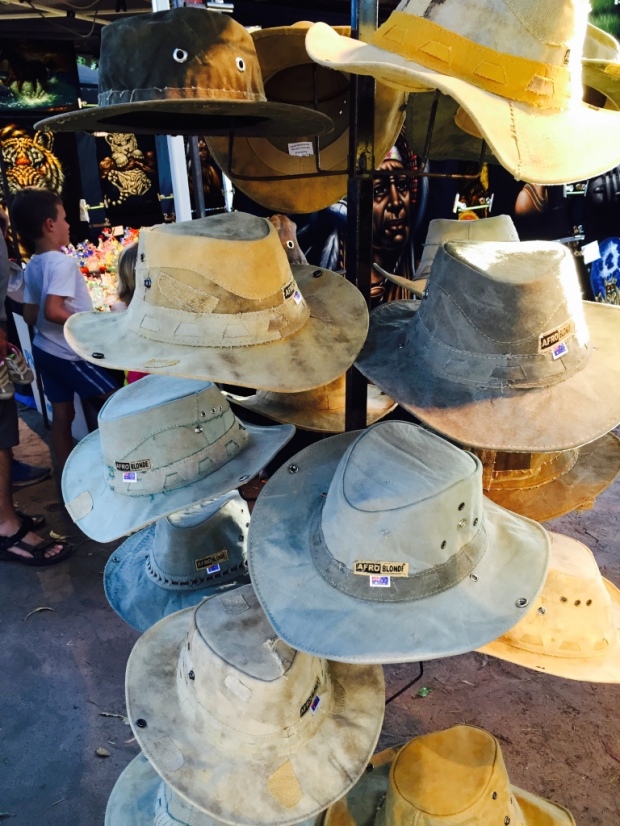 I’m in Larrakia country, the birthplace of Australian singer Jessica Mauboy and actress Miranda Tapsell, who I had the great pleasure of interviewing before I came to Darwin. Tapsell was a pure delight and so in love with Darwin it was infectious. I adore how at this time of the year, when the wet season finally concedes to the dry, Aborigines describe the weather as “knock-em down storms” and “clean em-up country”. Everything is fresh. And with it comes an air of possibility. Of Dreamtime and daydreams. 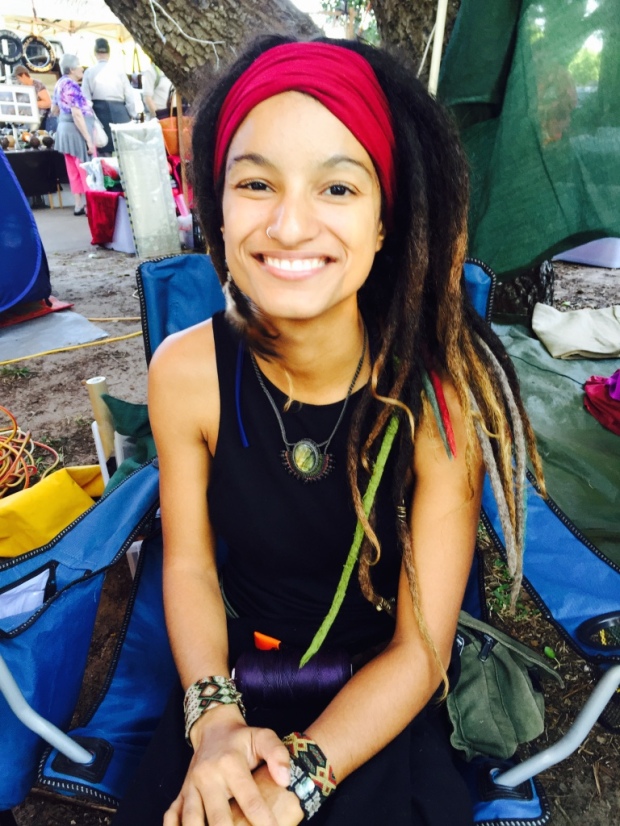 It’s my last night in Darwin and I head out to Mindil Beach for the sunset markets. No one told me how much Darwinians love a sunset and I watch in utter fascination as hundreds of locals and tourists flock to the cool sand at this magic hour to watch the sun collapse into the ocean. The crowd applauds in a gesture which makes me love this city even more. What is this mystical place where hundreds gather to celebrate Mother Nature at her finest? I head to the Deckchair Cinema where the cool breeze blows off the harbour and sit under the stars, slouched in a canvas chair. It’s one of the most romantic settings in Australia and I am all alone, but I am not lonely. For I am sitting in a city which has had everything thrown at it and not only keeps bouncing back, but flourishing. And that feeling, that delicious Darwin magic, is contagious. 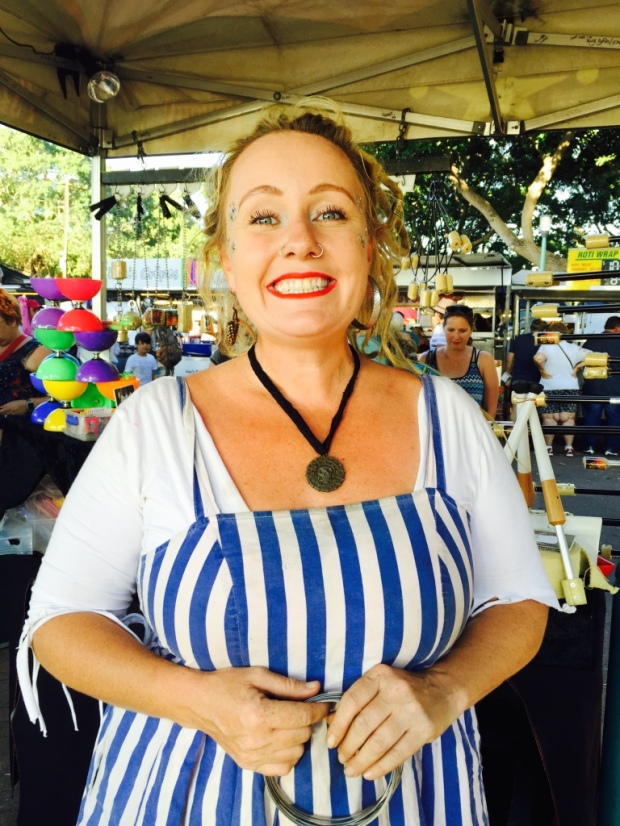 The Global Goddess travelled to Darwin as a guest of Tourism Northern Territory – http://www.travelnt.com