SOUTHERN Germany is seducing me with a magnificent Monday afternoon. It’s uncharacteristically sunny, 14 degrees Celsius and t.shirt weather. And I am observing this all unfurl from the luxury of my First Class train seat aboard German Rail, part of the vast Rail Europe network. 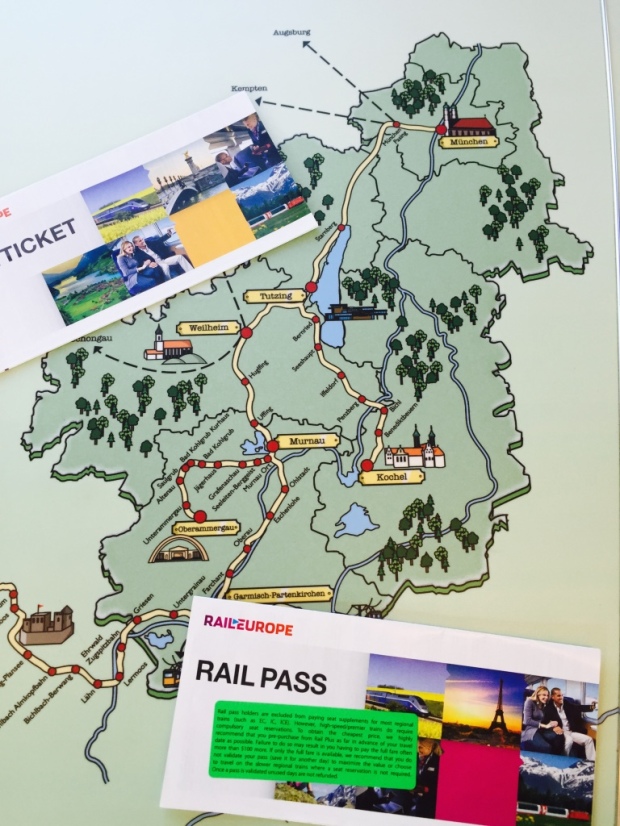 The train winds its way south from Munich, along languid lakes flanked by gregarious Germans, who have flocked outside to sun themselves in the spring sunshine. It’s been a long, cold winter but Germans know a thing or two about being in the wilderness, not only literally but politically, the legacy of two World Wars still a part of the national psyche. But I’ve been travelling to Germany for almost 30 years, even before the Berlin Wall came down, and have had the pleasure of watching Germany blossom.

For nearly three decades I’ve discussed Germany’s politics and social issues with my close German friends – whom I regard as family – as well as strangers. Back in 1987 we were talking about the Berlin Wall, never imaging a few years later we would be discussing its welcome demise. We’ve spoken about the flood of refugees from the east into the west after this globally significant event, the social and economic implications of this, and the rise of neo-Nazism.

On my return to Germany in 2007 we waxed lyrical about World Cup Soccer, which Germany hosted in 2006 and in which they placed third, and I returned in 2014, the same year Germany won the World Cup. My friends told me for the first time they felt they could legitimately be proud to be German and had finally shaken off the shackles of the past. And this sentiment resonated on every street corner.

On this trip, we spoke about Chancellor Angela Merkel, terrorism and the Syrian refugees. And it’s a topic on the tip of almost every German’s tongue. Scratch the surface and while many admire their left-wing leader, there’s mounting concern about what to do with the flood of refugees in a country which already is bursting with a population of 80 million. Right-wing views also exist, with some strangers blatantly offering their opinions that refugees only wish to migrate to western Germany, ignoring the less wealthy east.

Even Merkel herself is said to be backing away from her open-door policy. Some admire her stance of bailing out the Greeks and their financial woes, when other countries have wanted to flee the problem, others says she is too lenient. German National Tourist Board CEO Petra Hedorfer, at an international press conference I attended on this trip, admits that challenges to the nation’s tourism include refugees (and the negative impact on infrastructure); border controls in the Schengen area (which allow free movement between European countries); and reassignment of hotels, trade fair halls and leisure facilities to immigrants. Hedorfer also says terror attacks, racism and Patriotic Europeans Against the Islamisation of the West (PEGIDA), also pose challenges.

My train journey takes me from Garmisch-Partenkirchen, where I am writing some nature stories for a travel magazine, to Nurnberg, and north of Munich, where I have the delight of sampling Bavarian beer, for a major Australian news organisation, for the best part of a week. I visit Magdeburg, a former East German city, for the international German Travel Mart, before I again catch the train to Bremen, to visit my close friends, and then finally on to Berlin, to fly home.

German Rail boasts a reputation of being on time, but long-term travellers say its standards have slipped and on one of my tight connections, where I had just 10 minutes to spare between trains, my train arrived 5 minutes late, making for an uncomfortable race through the crowded station with 20kg of luggage. Days later, my train is 20 minutes late on my journey to Bremen. And then 30 minutes late on my last leg from Hannover to Berlin. Deutsche Bahn Head of International Sales Dr Tobias Heussler admits standards have slipped and for the first time since 2003, the company has made losses. This now-private company intends to invest 50 billion Euro by 2020 into infrastructure. But for the most part, it deserves its efficient reputation and is still tracks ahead of many rail systems around the world. (Queensland Rail, are you reading this?)

Even small train stations such as Garmsich-Partenkirchen have rail offices where you can request a print out of your daily itinerary, including the platforms from which your next train departs, which is extremely helpful when you have only short connections between some trains. While the smaller trains don’t offer a food or drink carriage, larger inter-city trains such as the ICE do. While the beer is good, the food leaves a little bit to be desired.

My train journey ends in Berlin, which is fitting as this is where my conversations about Germany began some 30 years ago. I’m staying for one night at the Hotel NH Collection Berlin Friedrichstrasse – part of the Preferred Hotels & Resorts group – which is one easy underground stop from Berlin’s main train station. This 240-room hotel overlooks the Altmarkt and captures the essence of Berlin with its funky art depicting city scenes and landmarks. It also offers a free “lazy Sunday” 5pm checkout. I’ve fallen in love with Berlin over the years and this brief afternoon is one of the world’s truly great cities is no different. From my hotel, which is smack bang in the centre, I easily amble in one direction along Under der Linden towards the Brandenburg Gate which epitomises historical Berlin. I then wander in the other direction past the Berlin Museum towards the city’s modernised quarter of Hackeschehofe, home to countless alleyways bursting with eclectic art. Around me, there’s an invisible line where the Berlin Wall once stood. 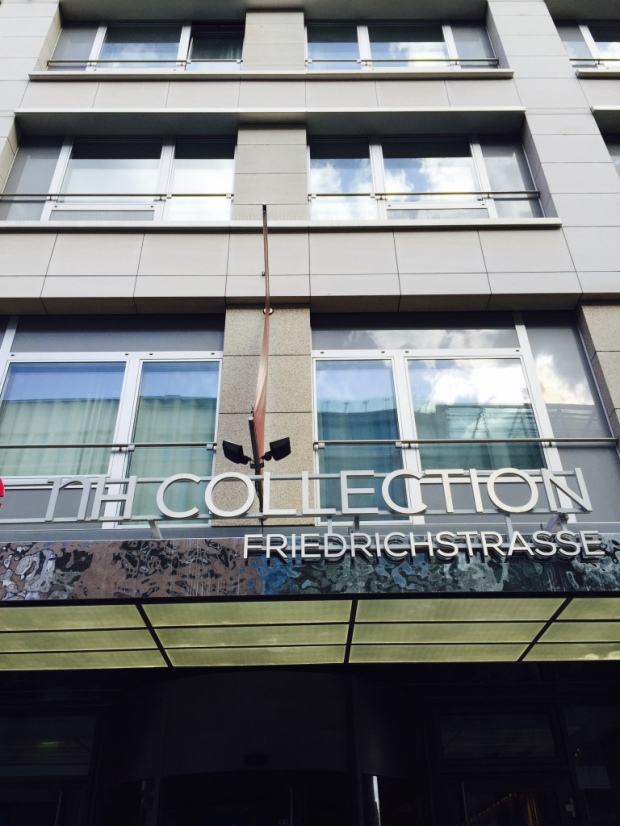 All too often, when Australians dream of travelling to Europe they speak of the “sexy” destinations like Italy and France. And yes, Germany has weathered its seasons of major challenges and will continue to do so while it remains one of the powerhouses of European politics. But history has continually proven that this is a strong, smart country capable of overcoming great adversity. Check it out. Spring is in full bloom and Germany is in the wilderness no more.

The Global Goddess travelled on a first-class German Rail Pass (5 days within one month) as a guest Rail Europe – http://www.raileurope.com.au. She stayed in the NH Collection in Berlin – http://www.nh-collection.com/de/hotel/nh-collection-berlin-friedrichstrasse, part of the Preferred Hotels & Resorts group (www.preferredhotels.com), thanks to the assistance of Preferred Hotels & Resorts.  For more information on Germany contact The German National Tourist Office – http://www.germany.travel

12 thoughts on “Germany is on Track”