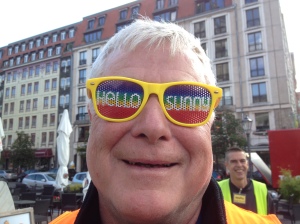 ALWAYS on trend, I spent last month indulging in my own little version of Eurovision but rather than it being all about the music, it’s been all about the men. Oh yes, I went all Euro trash on you and spent the best part of May “observing” the male species of the northern hemisphere in the vague hope they may differ somewhat from those blokes south of the Equator to whom I’ve already devoted too much ink, sweat and tears.

It all started in Berlin where I was researching and writing a story about 25 years since the fall of the Berlin Wall. In my spare time (and because I am extremely gifted at doing two things at once), I fumbled into a bar one night and stumbled across Jerry. Jerry, possibly not his real name and of South American extraction, was the official entertainment claiming his skills lay in “music and magic”. 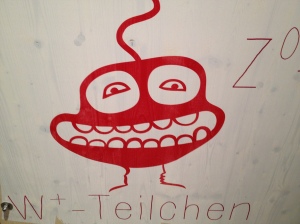 I was with several newly-discovered friends: Calamity Jane from Chicago; Mike, a jolly gay Welsh man; and Eva “I’m just a poor girl from the Czech Republic”. It was Calamity’s birthday and she insisted we stand at the bar, a bit like Russian prostitutes, and drink wine until Jerry started up with the musical part of his two-pronged performance. Mike’s suspicion that Jerry was lip-syncing turned out to be true, as part-way through one of his love songs his voice kept crooning while he simultaneously whispered in Eva’s ear that he would “see her in an hour”. Our poor Czech girl scuttled promptly back to her room, followed soon after by Mike – the jolliness rapidly draining from him.

Which left Calamity, me and Jerry, who paused to say: “Ladies I have some bad news, there’s two of you, but only one Jerry”. As it was Calamity’s birthday I insisted she receive the spoils and I was content to do my own interpretive dance in front of strangers I hope I will never see again. I may or may not have been a little rusty the next morning when after breakfast I returned to my room to find not one, but two Romanian men standing there. I assumed they were the cleaners, such as they were grasping some of my most intimate items, and so I spoke to them in German, to assure them I was just popping back to clean my teeth and then I’d leave them alone. They just stood there looking scared and confused. So I spoke to them in English. Again, more confusion. To this day I remain unclear on whether they were the cleaners or two Romanian robbers but they did line my shoes up nicely when they left.

In the sexy Saxon town of Leipzig, Calamity and I snuck out half way through a Strauss Concert to hit the bar street, where we spent several pleasant hours drinking beer in the company of two young men, one of them who claimed to be Germany’s third-best dancer and quite possibly a distant cousin of Jerry. But we had little time to dance and so we headed on to Bremen with Mike and Eva in tow, and where I promptly fell in love with a Passionate Pole. Women around the world will attest to the fact it’s always the bad boy to whom we are initially drawn, and so it was with the Pole. I was absolutely delighted he had randomly chosen to join my tour of the Bremen Space Centre the next morning. So delighted was I, that I insisted he sit next me on the bus. He even told me the photo on the fake ID I used to get into the Space Centre (bereft was I of my passport or driver’s licence at that particular point) was very nice and the most interesting thing he had to say all trip. 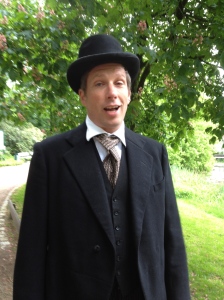 Yes, it took me no time to realise that, like all bad boys worldwide, he really had nothing to say and was actually a Greasy Pole, so I shuffled down to the back of the bus at which point I turned to my right and happened across the Hot Hungarian. His first name was unpronounceable but he said I could call him “Andrew” which didn’t really fit with his gravelly deep voice, thick curly hair and bushy beard. I actually invested several days in fantasising about the Hot Hungarian, sitting at the back of the bus staring at his head, imagining crawling up into his beard for a nap. Things got a little sticky when he actually caught me taking a photo of him standing at the port at Bremerhaven but I simply pretended I was happily standing in the freezing cold, taking a photo of the unimpressive wharf.

As luck would have it, I made friends with a Hungarian woman called Suska who offered to act as my wing woman and asked me what I’d like to tell the Hot Hungarian. The only phrase which came to me was “I want to see your Hungarian sausage” which I’m sure is sexy in several languages. But it was not to be. On our last night in Bremen I noticed the Hot Hungarian had attached himself to a gorgeous German with whom I could never hope to compete – all long wavy dark hair and bad-ass boots. So I conceded defeat and amused myself with the plethora of wing women I had accumulated along the way.

When I eventually dragged myself back to the hotel lobby, I bumped into Suska, my Hungarian wing woman, who happened to be sitting with the Hot Hungarian himself, all traces of the gorgeous German gone. At this point, he leapt to his feet, handed me his business card and asked for mine. “It’s such a shame you won’t be coming to Budapest on your European travels. I would have loved to have shown you around,” he said. “And if you’re ever in Brisbane, I will show you around,” I said, taking one last lingering look at that beard before I turned on my not-so-bad-ass boots and walked straight for the lift.

Just when I thought my adventure was surely over, into the lift appeared another man from absolutely nowhere. And he started to speak rapid-fire German to me. I was tired and asked him to repeat himself in English, at which point he declared he’d love to have a drink with me, before proffering his business card. His name was Gerhard and he was a Lufthansa pilot, or a cousin of Jerry masquerading as a Lufthansa pilot. Exhausted and confused I just keep repeating: “But where did you come from?”. Gerhard was not fazed and asked me to call him during my Bremen stay. It was tempting Gerhard, particularly the thought that sometime in the near future there might be a Lufthansa upgrade with my name on it, but I’m in love with a Hot Hungarian. The bushy boy from Budapest, whose name I cannot pronounce. 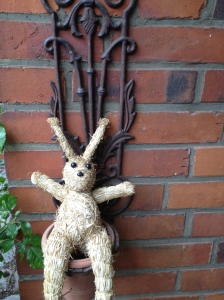 The Global Goddess travelled to Germany as a guest of the German National Tourist Office. To experience your own German escape, go to http://www.germany.travel

One thought on “Northern Exposure”