NEW ROUTE TO SCOOT TO SINGAPORE
Those wags at Scoot, the Low Cost Carrier of the Year, reckon it’s the Perth-fect way to travel to Singapore. Yep, not only is the big yellow bird offering a new route from Perth to Singaling, but due to huge interest, they have now advanced the first flight by one week. Scoot will now operate four additional flights starting on December 12, offering an extra 3200 seats during the busy pre-Christmas period. Fares, including taxes, start at just $169 from Perth and return from Singapore from $99. But you don’t have to live on Australia’s west coast to enjoy Scoot. The Global Goddess had the fortune of flying with them from the Gold Coast (she adores Coolangatta airport’s code: OOL) to Singapore and beyond to Bangkok in August. It’s a great carrier offering healthy competition to some of the bigger birds in the sky. And that’s always a great thing for Australian travellers. To book your flight, go to http://www.flyscoot.com

MORE EYES ON THE SKY
Looking a little further afield in the aviation industry, Lufthansa is offering some great deals to Europe for Aussie travellers. For sale until November 30, passengers can choose from 52 destinations for AUD883 plus tax. Lufthansa was the first airline The Global Goddess ever flew on. It was 1987 and she had been awarded a scholarship to travel to Germany. Believe it or not, Michael Jackson (yes, MJ!) was on her plane and she secured his autograph, which she still has. Jacko may be long gone, but Lufthansa lives on and goes from strength to strength. The German flagship carrier has just been named Europe’s Leading Airline at the World Travel Awards for the third time in a row, and its sixth time overall and plans to invest more than 3 billion Euro into its services over the coming months. On top of all of this, they’ve just launched a new online journey planner, to make your travels as seamless as possible. In the words of the immortal Michael Jackson: that’s a thriller. Go to http://www.germany.travel 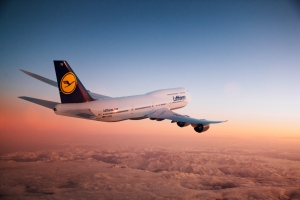 LIFE IS CRUISEY IN FIJI
IT’S been almost a decade since The Global Goddess last cruised Fiji, but it remains one of her most memorable journeys. Those same smooth operators at Captain Cook Cruises have just released their 2014 departure dates for their two, seven-night Northern Fiji Discovery Cruises: The Four Cultures Discovery Cruise and Colonial Fiji Discovery Cruise. On The Four Cultures Discovery Cruise – the first Fiji cruise to circumnavigate Vanua Levu, passengers have the chance to experience four distinct Fijian cultures, as well as visit remote villages and schools. The Colonial Fiji Discovery Cruise reveals the unique history, art and culture of the Northern Fiji Islands as well as offering the ultimate experience of standing on the natural International Dateline. There’s also day trips to islands, waterfalls, lagoons, volcanic craters, hot springs, thriving markets and children’s choral church service. Throw in a plenty of swimming, snorkelling and diving, and you’ll be feeling like a young Brooke Shields before you know it. http://www.captaincook.com.fj 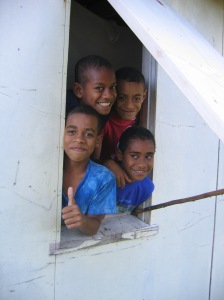 GET TECHWRECKED IN VANUTAU
The Global Goddess is breathlessly counting down the weeks till a planned work trip to Vanuatu and beautiful Bokissa takes place in early 2014. (In the meantime she is happy to gaze lovingly at this photo below). But before today, she had never heard of the phrase Nomophobia (fear of being out of mobile phone contact). Essentially, on the private island of Bokissa, mobile phone service is so notoriously unreliable, you are forced to undergo a digital detox. Instead of technology, you’ll have to content yourself with day dreaming, fishing, paddling a kayak, diving and that unmistakable squeak as pure white sand pours between your toes. Sure, you can find a place or two in the guest lounge if you simply must have internet connection, or you can spend your days walking through the 71 hectares of rainforest with the butterflies instead. Accommodation is in TV, radio and phone-free air-conditioned fales with their own private deck chairs, gardens and hammocks. This traveller, for one, can hardly wait to get there and switch off, in every sense of the word. http://www.bokissa.com

BIG IDEAS HAPPEN IN SMALL PLACES
In this week’s blog, The Global Goddess unveiled the happiest destination on the planet: The People’s Republic of Woodford. Woodfordia, a Utopia which occurs for just one week every years, between Christmas and New Year, in the Sunshine Coast hinterland. Now, those creatives behind the festival, has just announced a new concert touring program – The Festival of Small Halls – in which cool music gigs will be played at beautiful old halls in rural Australia. Designed in partnership with Woodford’s fellow festivals around the country, international and national artists will perform at a big festival and then stay on to share the love at a nearby small hall for a month in between. The pilot tour happens next month, at the Mullum Music Festival, and will tour 16 small halls in Queensland, before arriving at the Woodford Folk Festival. For a list of halls, dates, artists and other information, check out http://www.festivalofsmallhalls.com and don’t forget to book your Woodford tickets at http://www.woodfordfolkfestival.com The Global Goddess reckons it’s going to be one sizzling summer, with plenty of cool things to do.