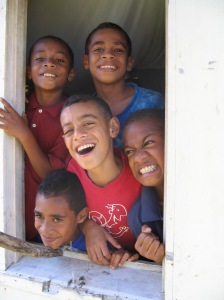 I’VE always suspected I’d make a pretty ordinary mother, as while I am huge on passion, I possess very little patience. I can be loads of fun, but also fiery, not, I imagine, mother-of-the-year qualities. But even I was surprised when I discovered recently that I’d been dumped…by my World Vision child.

Yes, the child to whom I’ve been paying a paltry $43 a month to assist in survival has somehow found wealth, health and happiness, according to World Vision, and no longer needs me. To say I’m a little devastated is a bit of an understatement.

Let me take you back to the beginning. I’d first elected to support a World Vision child around five years ago, after a niggling feeling for many years that I needed to do something to give back to the planet that had been so generous to me, particular as a travel writer.

I decided I would choose to support a young girl, as, despite so many boys also being disadvantaged in this world, I hold, maybe mistakenly, a belief that females have an even harder time, particularly in developing nations. Certainly, there’s plenty of research to support this.

And so I chose to support Mely, who was three years old at the time. It was an uncomfortable process, effectively “shopping” for a child online which raised all sorts of moral issues. Was I choosing this child because she was cuter, younger, prettier than other children? Why this child? How could I only choose one child when so many were needing assistance? Should I support an Australian child? Why support one from the other side of the world? The list of quandries was endless.

Eventually, I set all those issues aside and simply chose to support Mely, from Peru, because I felt she needed my help. She wore a flopping pink beanie and liked playing with dolls. That’s pretty much all I knew. And there was something in her eyes. That’s it. Flimsy rationale, at best, I know, but why do we do anything important? Gut feeling or something more rational?

Over the next three years I wrote letters to her, sending her simple gifts suggested by World Vision such as stickers and postcards. Receiving updates on her progress and that of her village. Photos which I proudly displayed on my fridge and when anyone came to my house asking about the girl in the photos, I’d puff out my chest and say “that’s my daughter”..

And so my delusions of grandeur grew. Not only was I going to commit to supporting this child until she was 18, but I was going to trek up the mountains of Peru in the not-too-distant future to meet her and her village. Who, in my truly crazy moments, I had single-handedly saved with my $43 a month. My delusion of grandeur also involved visions of me on the back of a Yak, dressed in a crisp, white linen blouse and some beige jodhpurs carrying aid parcels.

And that’s where it becomes interesting. Not for the poor people on the planet – of which they are many – but for the fortunate, such as myself. Much has been written about the concept of altruism and whether it actually exists. Do we assist people because it is a good thing to do, or because it makes us feel good? Or both? I’d like to think it’s a bit of both. 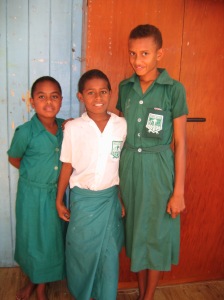 When Misery Guts and I divorced, I was the one who kept Mely. He took a bottle of four-year-old Bacardi Rum which he claimed he “loved”, but never mentioned the three-year-old World Vision Child. Which was fine by me. I’d seen plenty of “single mothers” do a fine job of raising children, and I was happy to do this on my own.

Until she dumped me. It was a simple letter from World Vision which advised me Mely had moved on and in her place, they’d selected another child, a boy, from a country whose name I still don’t know.

Now, this raised a whole heap of other questions within me, some of which I didn’t like about myself. Such as “but I wanted a girl!” and “I wanted to trek up some mountain in  Peru and be worshipped for being such a great ‘mother.”

And with that, I had my answer. I still don’t know my new World Vision child’s name or where he is from. But I know he needs my help. There will be no white, linen blouses, Yaks or trekking and no extreme acts of valour on my behalf. Just a simple $43 a month which, hopefully, makes a difference to someone’s life. Someone I’ve never met.

So, if you can, give. Live. Love. Learn. And expect nothing in return. I wish Mely all the best for a bright future. When you think of it, isn’t that the aim, after all?

To donate to World Vision or investigate sponsoring a child in need, simply go to www.worldvision.com.au

9 thoughts on “In search of a world vision”