EVERYONE keeps telling me I’ll meet a man when I least expect it, and so it was that I stumbled across Driftwood. On this particular evening I wasn’t looking to meet someone, I was on my way to the toilet after an especially hedonistic night with mates, on the beach, at Lombok.

He resembled some flotsam that had washed up on the beach at high tide. Picture Shaggy from Scooby Doo (both in name and nature) a sarong worn commando (he offered to show me his Mystery Machine), and a suspected lifetime of illegal, green, leafy material, and you’ve pretty much met Driftwood. My girlfriends swear I was swooshing my hair as I spoke to him at the bar, enroute to the dunny. I maintain it was the tropical heat making my hair stick to the nape of my neck that was causing what looked like a primitive sexual overture on my part. Suffice to say, I continued on towards the toilet – replete with coconut door handles not unlike boobs – and Driftwood stayed at the bar, except for the end of the evening when he sauntered past and kissed my head with his whiskey breath.

It had already been a bit of a colourful day on this remote Indonesian island which many liken to Bali “20 years ago”.  We’d visited a traditional village that morning for a cooking demonstration, but I had failed to read the bit which stated we’d be eating what we cooked. Which would have been OK, had it not been for the flies, the heat, and what appeared to be rancid buffalo. What to do? Risk offending the village people, or risk becoming sick?

And so I came up with the only plausible solution at the time. I told my guide I had “women’s issues” and I needed to go back to the hotel…and I needed to take not one, but three of my friends with me. In my defence, I am a woman and I have plenty of issues, so it wasn’t exactly a lie. And here’s where it became even more interesting. For the brave souls who stayed on, not only was there buffalo on the menu, but one of the village grandmothers was breastfeeding her grandson. She wouldn’t have been a day younger than 80. Given the choice between the buffalo and grandma, I am not ashamed to say I would have taken Option B.

Back at the hotel, the party continues. One of my friends – for the sake of this story let’s call her Jodi – gets up in the middle of the night to go to the bathroom in her room. She walks out the front door instead and locks herself out into the humid night. There’s cocktails on the beach at sunset, limbo competitions and a slew of satay. Nick’s private pool party is all bean bags and bonhomie. 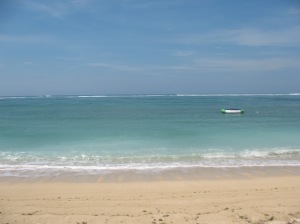 But there’s a serious side to this trip as well. It’s shortly after the tenth anniversary of the Bali bombing and we’re in Indonesia for the Australian Society of Travel Writers annual conference. Guest speaker Australian Janet De Neefe is talking about how she conceived the Ubud Writers Festival following the act of terrorism which claimed the lives of 88 Australians.

Janet, who went to Bali on a holiday 25 years ago and met her husband on the second day, describes the long weeks and months after the bombing and its effect on Indonesia and its much-needed tourism.

“Suddenly, everything stops. It is like the end of the party. The place is deserted and everyone is gone,” she says.

“I had to do something. It was my turn to make a contribution. Bali had been very good to me…we’ve got terrorism on our toes, let’s think of an event that is really meaningful.

The first Ubud Writers Festival Through Darkness to Light attracted an audience of 300. This year, more than 25,000 people were drawn to Ubud which Janet describes as “the exotic tropics in its most native sense…exquisite.”

Next year, she hopes to attract Colin Firth, yes, Mr Darcy, to the festival.

I am swept up in the romance of her words, her festival and her adopted country. Days later, I arrive in Bali itself and am humbled by a conversation I have with a Balinese man who works at the resort pool.

I think about what I sometimes call the “ugly Australian tourist” in Bali who drinks too much, is way too loud, and is flat out finding some bare skin for yet another tattoo. So I am surprised and delighted at how the Balinese still view most Australians. 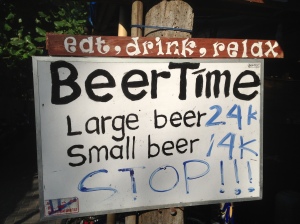 And perhaps it’s as simple as that. Maybe Australian travellers to Bali are as crucially predictable as the tide. We sweep in and we sweep out.

The Global Goddess would like to thank the ASTW for a terrific conference and the Novotel Lombok and Garuda Indonesia for their outstanding hospitality, patience and assistance. For more information go to www.accorhotels.com; www.garuda-indonesia.com And a special shout out to Novotel Lombok General Manager Brian – the Vasse Felix was worth every drop!