HAVING just finished the Fifty Shades trilogy and looking for my next buzz, I’ve just been to the movies to watch Hysteria. For those who haven’t seen it yet, it’s a delightful British romantic comedy set in the 19th century, which focuses on female orgasms and the ultimate arrival of the vibrator’s place in history. Based on a true story, women who suffered from an array of “symptoms” from being too outspoken to being sexually frustrated, were relieved of their condition or “hysteria” by manual stimulation to their genitals to the point of climax. When Doctor Mortimer Granville found his hand was cramping due to the huge spurt (if you’ll excuse the pun) in demand for his services, he stumbled across what would become the first vibrator.

Hysteria as a diagnosis was eventually put to bed, so to speak, in the 1950s, which in my opinion is a bit of a shame, given I have been known to suffer from being both outspoken and sexually frustrated often at the same time and on a number of occasions and would happily have a good-looking doctor relieve me of my condition. 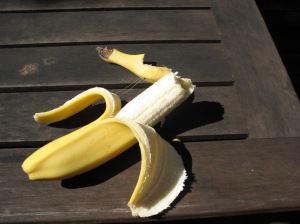 While not hysterical, it’s a fun movie, made even more joyful by some of the one-liners including Rupert Everett’s character who succinctly states: “All a woman wants is a good laugh and a hard p***k”. You can’t argue with that logic. Meanwhile, the good-looking Hugh Dancy’s character is told the “procedure” is “like rubbing your tummy and your head at the same time”. I knew I was doing something wrong. Certainly, the elderly gentleman sitting near me during this flick was also giving this some consideration, as I could not be certain from his heavy breathing whether he was over stimulated or had simply fallen asleep.

At the risk of sounding like I’ve acquired an addiction to porn (I did wake up the other morning unable to hear, which I later realised was more to do with my big night out rather than indulging in too much porn) it is probably worth giving my two cents worth on Fifty Shades of Grey now that I’ve finally finished the third book. While a rollicking romp on one hand, (and some less kinder souls say poor writing on the other), what interests me most is not the main character Christian Grey, but his girlfriend, Anastasia Steele. While I can understand how Grey’s neglect as a child, and sexual education/abuse by an older woman while he was in his teens could lead to his need for carnal control, I fail to see how Steele could be such a submissive soul. It’s not even about the sex, though at times even she admits she’s not happy about certain acts. It’s more the fact she no longer sees her friends, changes her surname to Grey despite not wanting to, and is promoted beyond her ability and experience at work thanks to her wealthy partner. If this is the post-feminist woman with an education, then we have cause for concern.

On one or two occasions in the past, male friends have quizzed me on what, exactly, I’m looking for in a man. Apart from a pulse and the fact he can spell as I’ve mentioned in previous posts, to quote the feisty Maggie Gyllenhaal’s character in Hysteria: “I don’t want a husband, I want an equal.”

In the meantime, I’m off to buy new batteries. 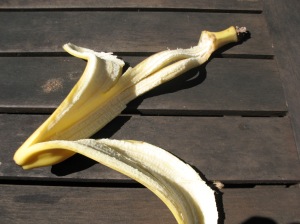