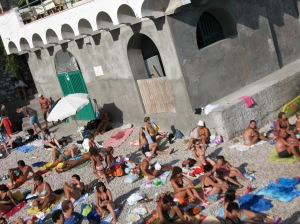 SPRING has sprung and The Global Goddess’ thoughts have once again turned to love. (Not that they’ve ever really left this topic, but in recent months, I’ve also been preoccupied with lots of travel). And so, I did what I said I wouldn’t do, and rejoined a dating site. And it’s not at all like my bogan dating site, this one promises to find me the man of my dreams based on my core values. Or, so the survey says. And I really, really want to look like the handsome couple they have on their television advertisements. 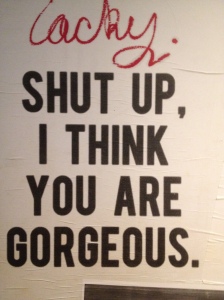 Now, this may shock no one, but things have got off to a bit of a shaky start. Yes, I’ve been contacted by a number of men, but whether we share the same core values based on the 400 odd questions I painstakingly answered, remains to be seen. Hot off the blocks was Wayne, followed quickly by Newton, which made me immediately think of Wayne Newton and question whether I needed to don some sequins and book a ticket to Las Vegas. I overlooked Wayne and Newton as they were significantly older than me, and I’m not interested in aged care. There was also a bloke who called himself “Chicker” who happens to be black and clearly hasn’t stumbled across any political correctness manuals in the past few decades. There’s also a fella whose name is Innocent…in case the police are looking for him, and another one called Yasser, who looks mysteriously like the late Arab leader. Seriously, I couldn’t make this stuff up if I tried. 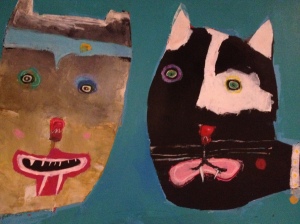 But my favourite so far has been a guy called Guy, who is not only peddling the aged pension, but cited the “three things he can’t live without” as: his rifle, his Bible and sex. I am entirely unsure about what I said in my survey question which could possibly match me with this pistol poppin’, God-fearing sexaholic, but Guy and his gun won’t be getting near me anytime soon. (Lord knows I can’t sew, so I wouldn’t begin to know how to make a white pointy hood from a bed sheet). On the plus side, there was an age-appropriate bloke called Adam who actually conversed with me until I told him what I did for a living, at which point he confessed he couldn’t spell (which was quite apparent from his written conversation). It was my moment of truth, but I decided (against my better judgment and on the advice of a few male mates) to let that one go, and joked instead how I couldn’t count. I never heard from Adam again. Adam, if you are reading this (you can read, can’t you?) where are you, my love?

So what has drawn this slurry of strange men to me? Perhaps it was in the way I answered the questions. There were a few curious ones, such as “Do you slip, slop and slap?” Silly me, I thought they were referring to applying sunscreen, so I diligently answered that I indeed do this regularly, enjoy it and particularly like it all over my face. And then it occurred to me. What, if in hell’s name, this was a sexual question? Was this what was encouraging this gaggle of Grandpas out of their retirement homes and into my inbox? 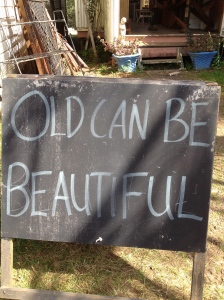 What has interested me is that each and every one of these men who have contacted me has asked a curious question. Out of all the questions they could have posed from a long list supplied, they chose this one: “What is your view on traditional gender roles?” Oh, fellas, puhlease. That question is more transparent than grandma’s nightie. I get it. You don’t want a woman with a mind of her own, but rather someone you can boss around, all the time complaining that your missus does nothing but spend all your money. In the meantime, one week in and the site itself has shown interest in me, emailing me at 4.45am the other day to tell me “you’re doing great”. Really? How do you know this, computer-generated message? How do you know I’m not clutching a bottle of Sav Blanc and weeping into my pillowcase, when I’m not waking up from nightmares about bad spellers, who are on the lamb from the cops and who love guns and bibles?

And so, after week one, things are going as well as expected. I’d love to stay and chat, but I have my own income to earn, a mind of my own, and some more sunscreen to apply.

AND THE WINNER IS….

The winner of the Gaia Goddess competition is Annabelle Watt. Congratulations Annabelle, Gaia will be in touch directly with you to organise your gorgeous two-night stay valued at $1585.

Thank you to the hundreds of people who entered and please keep reading and following The Global Goddess as there will be more interesting competitions and prize giveaways in the future.