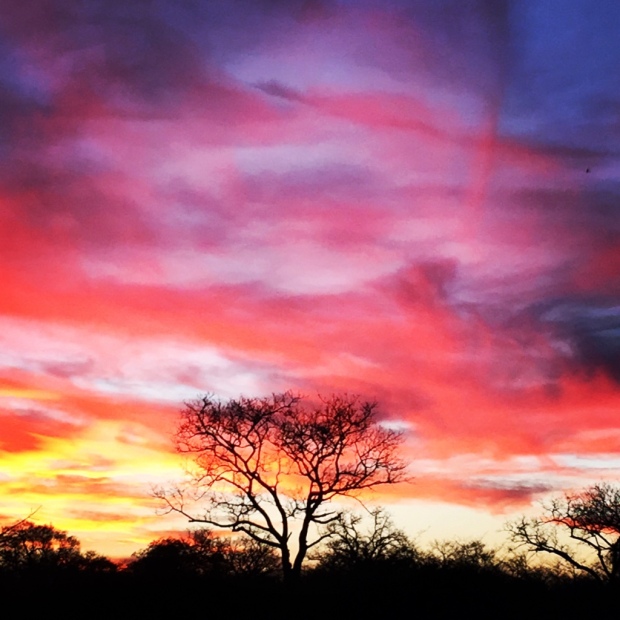 A TROOP of bombastic baboons is bellowing at each other across this African afternoon, punctuating the sunset with screams. Were I back in Brisbane, I’d guess the sound was a bunch of hapless drunks staggering home from the pub. But out here, where the trees communicate with each other through the wind, it means there’s other wildlife around. 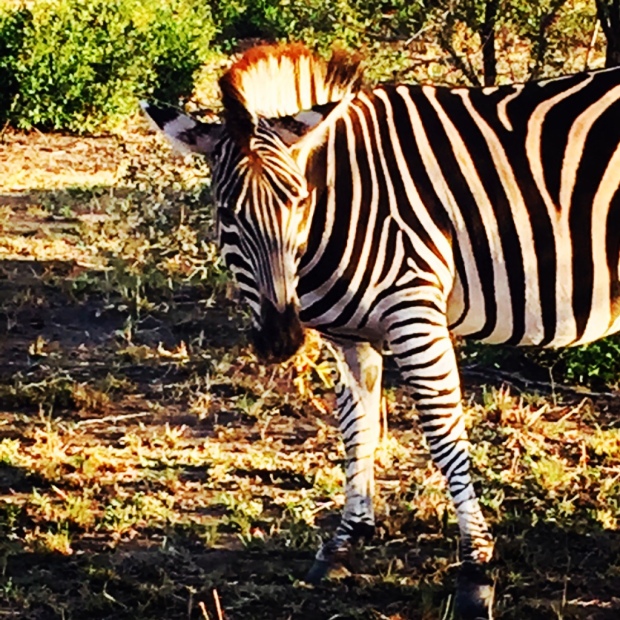 A short-tailed eagle soars through the picture-perfect blue winter sky and a thin layer of dust coats the roof of my mouth. Our safari truck drives past Acacia trees and bush willows and over dry river beds. I’m on safari at Sabi Sabi Private Game Reserve, perched on 6500ha within Sabi Sands where the landscape ranges from bush veld to savannah and is nestled adjacent to South Africa’s Kruger National Park.

We pass bushbuck, wildebeest, waterbuck and a giraffe craning its impossibly long neck to feast on some bushes. There’s hungry, hungry hippos, an elegant eagle and a measly mongoose. That throaty sound in the distance turns out to be a community of impala. We pause for a zebra crossing, before stumbling across a pride of lions with a cub sleeping nearby. The languid lions are full and tired after feeding on last night’s buffalo kill, the remnants of which lay nearby. One lion cub practices its stalking skills on another in the same manner a domesticated cat would toy with its siblings. It’s a day of the jackals. 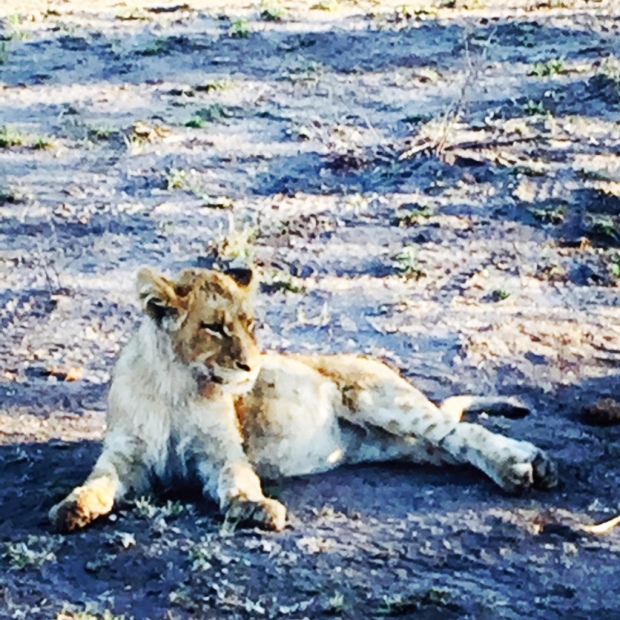 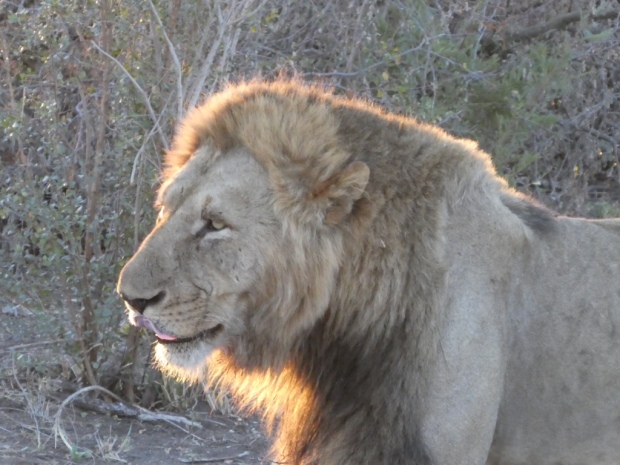 Day two and we observe rhino and buffalo. Guinea fowl flap about like pantomime characters on London’s West End and a woodpecker hammers in the distance like a Gold Coast tradie. We discover that animals have three modes – flight, fright or fight. And best of all, for this writer at least, we learn the collective nouns of the sights and sounds of safari.

We encounter a trumpet of elephants; a dazzle of zebra; a journey of giraffe; and a crash of rhino. Those garrulous guinea fowl are aptly called a “confusion”; one late afternoon we stumble across a leap of leopards with a baby cat waiting in the fork of a tree; and the impala are as consistent as their “consistency” suggests.

The parched African soil crunches underfoot on a walking safari with Sabi Sabi Ranger Lazarus, a member of the local Shangaan people. Lazarus, whose grandfather was a tracker, reminds us that we are “exposed” as the animals out here are accustomed to vehicles.
“We have to remain silent but we can talk very low and walk in single file. Don’t go ahead of me because I have the rifle. We are here to respect the animals,” he says.
“Being on foot is to learn about the small things that when we are on a drive we don’t talk about, like tracks and grass.”

We see kudu and warthog on the horizon. There’s a millipede blackened by the sun and a spider’s web which belongs to one of the six deadly spiders out here in the African bush. We learn that the lesser baboon spider is more hairy than a baboon itself and that all the deadly spiders are colourful. We pass hippo, rhino and impala tracks. There’s a tortoise shell which has been eaten by a red hornbill and a magic quarry bush used to divine water.

Back in the jeep on our last morning, we stumble across a clan of hyena and a venue of vultures feasting on a hippo believed to have died from natural causes the night before. Call me paranoid but I’m pretty sure there’s a conspiracy of ravens out there somewhere too. But there’s no evidence of a murder of crows.

It’s my first trip to Mother Africa and I am overwhelmed by both her beauty and contradictions. By her vast nothingness, and everything, all rolled into one. From the plane window it looks like the Australian outback but nothing like it, all in the same dusty breath. It’s corn-row braids, black shiny faces and deep, kind eyes. Dutch descendants with piercing blue eyes and fair hair and accents which sound like they’ve been clipped in a barber shop. It’s the cold kisses of a mid-winter morning, and a harsh African sun. As for those collective nouns, my favourite turns out to be the implausibility of wildebeest. For it’s entirely plausible that anything is possible out on safari in Africa. Little wonder the baboons are so excited. 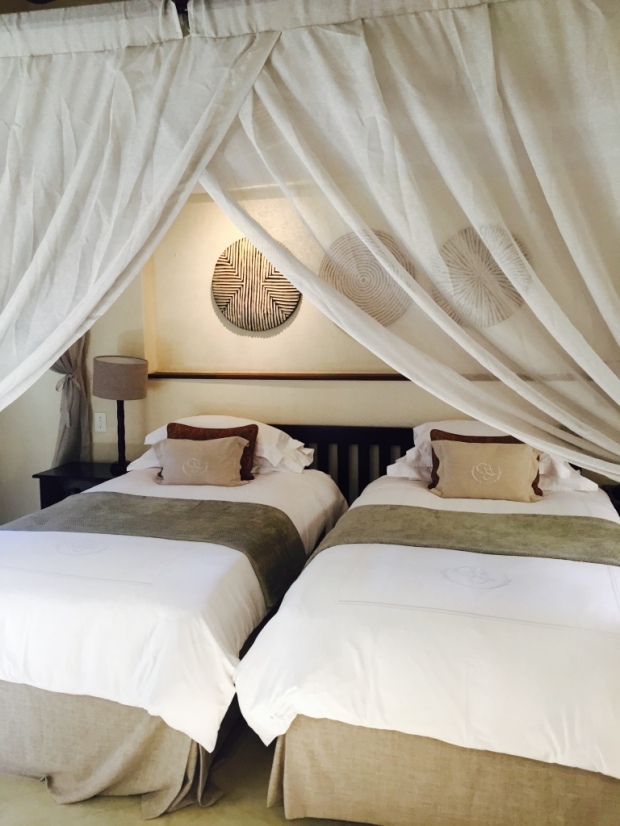