THE mercury has plunged to minus 2 degrees and the hour hand has just passed 7 when I head out to the Dalby Saleyards in Southern Queensland Country. I rage a long debate with myself over whether I can get away with wearing my lime green, fluffy dressing gown I tossed in the back of the car at the last minute before heading west. I realise it’s been so long since it’s rained out here, the boys might mistake me for a tuft of grass, and anyway, without an Akubra on my head I already stand out like the dog’s proverbial. I’m chasing stories on Dalby, Chinchilla and Miles and for the next two hours, I’m also chasing men, The Global Goddess whispering naughtily in my ear in the cattle yard not to relinquish a prime opportunity to find a fella.

I’m no mathematician, but the ratio of blokes to sheilas on this chilly morning is about 50:1 in my favour, and the greetings I receive are much warmer than the weather. There’s plenty of nods, nudges and a couple of “g’day mates” tossed in my direction over the rattle of cattle under auction. One bloke asks me if I’m “watching the footie tonight?” (He clearly does not know that Offspring is screening on the other channel and I’m bloody intrigued to know how Nina’s love life is faring). Another asks me if I’ve got “any cattle in the yards?” a question me and my tiny 2-door Hyundai i20 find secretly hilarious and flattering at the same time.

The men keep doing the Dalby two-step around the cattle yards, shuffling along a metre to stand in front of the next pen of beasts going under the hammer and I’m following them like I’m in a progressive barn dance. But I have a burning question I need to ask and I need to find a willing volunteer. I stop one bloke whose mate tells me his name is Harry, “Harry high pants” and he agrees to an on-camera interview in “five minutes”. In the meantime, I speak to one of the rare women out here, and pose my question to her. “Most of them down there are married,” she nods her Akubra in the direction of the flock by the fence, and there’s a few players in there too, she tells me, naming a couple of culprits. 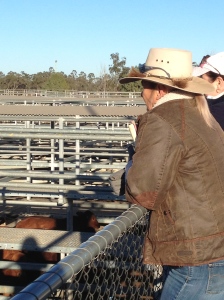 After two hours I give up on securing an interview with Harry, and am walking quietly back to the car when I hear a voice behind me. “So, have you got your story?” another cowboy says, following me quickly out of the cattle yards. “Yep. I don’t have all morning to be chasing you boys around,” I say defiantly. “Where are you staying tonight?” he directs this question at my breasts. “Chinchilla,” I say. He stands and considers this for a moment, calculating whether I’m worth the hour drive to the next town. And just as I’m about to turn to leave he says: “Well, I guess I’ll see you around then.” 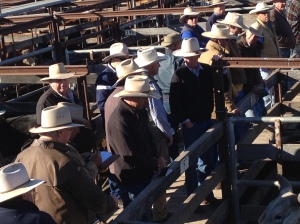 I laugh all the way back to the car and ponder this exchange for the next hundred kilometres to Chinchilla. Country Queensland can be complicated. It can give you the absolute shits and delight and surprise you all within the space of a kilometre. One minute you’re cursing the dust and the fact it just won’t bloody rain, and the next, you’re loving the wide, open spaces. The space to think.

I haven’t had a decent coffee in days and I’m starting to feel a bit scratchy by the time I arrive in Miles on my last day. Don’t get me wrong, country Queenslanders are hospitable, but you can’t exactly request a double shot, skinny latte when all that’s on offer is black tea. You drink your cha and you don’t complain. That’s just the way it is out here. I’m told the property on which I’m staying out of town – the deliciously named Possum Park – doesn’t cater and so I stop in town and pick up a meal to cook later and wine. I have grand plans to sit with my bottle of red and spend my last night writing up hours of interviews born from hundreds of kilometres on the road. But the owners have other plans. The communal camp fire is lit at 4.30pm and I’m expected to be around it.

This gives me one hour, except for a small problem. The second I step out of the car, I drop the coveted wine, smashing it to pieces on the gravel, wine pouring over the thirsty ground like there’s been a murder. I contemplate my dilemma for a minute and then, without hesitation, jump into my car and drive the 20 minutes back down the dusty tracks, dodging kangaroos, into town for another bottle. I consider for a minute that this may make me the alcoholic I’ve long suspected I am but I don’t have much time for such ponderings, if I’m going to make it to the campfire. Things are raging by the time I join a bunch of grey nomads around its flames. I’m welcomed like a long-lost daughter by this bunch of strangers and once we warm up a bit, I confess to my hunt for a cowboy. There’s a single, 82 year old woman sitting next to me and I ask her if she, too, is looking for a fella: “Nope, I’ve come this far without someone ruining my fun, I’m not going to let them now. I get to travel the world and do what I like.” I don’t catch her name, but if I had to guess, I reckon it would be something like Dot. I stare into the simmering coals and reflect upon Dot’s words and have a stark realisation on this starry, starry night. I’ve just met me…in another 40 years.

The Global Goddess travelled to Dalby, Chinchilla and Miles as a guest of Southern Queensland Country Tourism. To go on your own cowboy hunt, go to http://www.southernqueenslandcountry.com.au 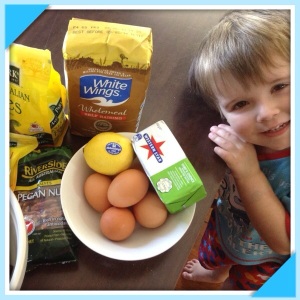 OF all life’s delicious ironies, this is the sweetest of the lot. On the day I’m meant to interview Tom Conley about his involvement in drought relief, it’s raining cats and dogs, our interview postponed while the torrent subsides. But that’s not the only spoonful of sugar in this story. You see Tom is only three years old, and if you love irony, you’ll adore the fact this chubby-cheeked kid not only bakes for drought relief, but was born just before the 2011 Brisbane floods. Yes, it’s raining men, and the blokes of the future are soaking great, if Tom is any indication.

Tom was just five weeks old when the big floods hit Brisbane, his mum Sally Gardner watching from the kitchen window as flood waters stopped just short of their next door neighbour’s house in Oxley. But Sally’s partner Brendan’s workplace at Rocklea “went under”, as they say in Brisbane, as did Sally’s books, CDs and photo albums stored there. Add to this Sally not only had a new born baby at home, but also another son, aged 2.5 at the time, and it was a bit of busy time.

“We didn’t have electricity so we couldn’t do the washing and we couldn’t go out, and we had three extra house guests due to the flood,” Sally says. But what Sally did next was remarkable. Rather than feel sorry for herself she decided to volunteer to assist her community, offering childcare, food and any other service her neighbours needed. And to cheer them up, she’d take baby Tom, in a pouch.
“We’d go and door knock and I’d have him in a pouch and people would just want to show me their photos,” Sally says.
“If we’d go into a community centre we’d take at least one of the boys. It was a bit of an ice-breaker.
“I was used to working in an HR roles and fixing a situation.”
And somewhere, amid all the mud and misery, Baked Relief was formed by Sally and her friends. 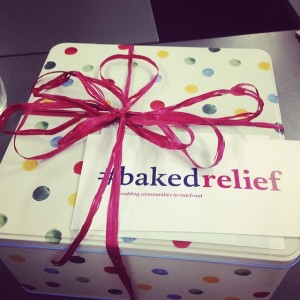 Fast forward three years and it’s no longer flood victims for whom Sally and her crew bake and distribute fresh goods, but those in drought. And Tom is an integral part of the operation.
“Tom gets involved in all the cooking adventures in our home. He especially loves baking and as soon as I get the utensils out he rushes over, climbs up and wants to measure ingredients, crack the eggs and lick the bowl,” Sally says.
“We talk about who we are helping or who we are baking for, he enjoys drawing pictures for the drought-affected families.”

When I visited Sally and Tom yesterday, he was a typical three-year-old, licking the chocolate off a biscuit. I asked Tom (whose favourite drink is milk) what he thought of the drought, and he had this message for the farmers: “I hope it rains soon.” Sally, whose mother was a GP who gave tetanus injections during the 1974 Brisbane floods, believes charity begins at home. This year Baked Relief has sent 2 tonnes of goods to St George and another tonne to Chinchilla. Sally also believes everyone in the city has a connection either directly or indirectly to the bush, which, despite recent rain, is still doing it tough.
“Everyone eats food. People should have a better connection with their neighbours and be alert to the needs of others and see if they can do one thing to help,” she says.
“Whatever pioneering spirit that got us all here is maybe what gets us through the crappy times. We want the people out in the bush to know they are not alone. Without them we don’t feed our children.” 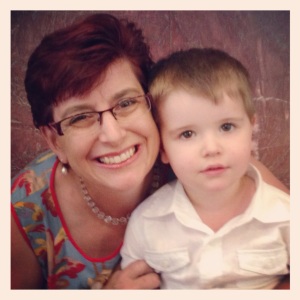 As for Sally’s next project, her response is as direct as you’ll find from an Aussie woman with a huge heart: “I’ll just wait for the next shit to hit the fan and see what we can do about the situation.”
To find out more about Baked Relief go to their Facebook page or to donate money go to the Queensland Rural, Regional and Remote Women’s Network at http://www.qrrrwn.org.au 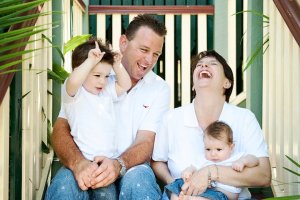