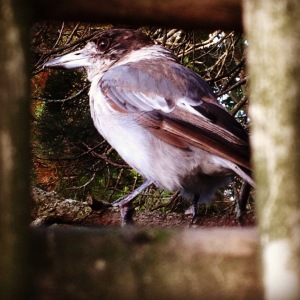 LATE yesterday afternoon, while trying to make sense of the Sydney siege, I stood on my back deck in Brisbane for a bit of quiet time and noticed this little bird watching me as I watered my plants. I walked inside and grabbed my camera and for the briefest moment he paused, posed and then flaunted his freedom and flew away. This little bird reminded me of the best thing about living in Australia: our freedom. Sending love and light to all of those involved in the Sydney siege, and my deepest condolences to those who lost their loved ones early this morning.
#prayforSydney #illridewithyou 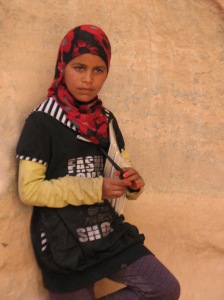 LAST Friday I was attacked by a man I had never met before in a supermarket car park in Brisbane. I use the word attacked because while it was not physical, it was very verbal and extremely emotional and at one point, I believed he was about to become physical. I could also use the word abuse. So what prompted this attack? While parking my car, I had mistakenly parked over two car spaces, as the white lines indicating where to park had faded. It was a tight two spaces, because a tree in the corner had uprooted the bitumen, so I chose to park as far away from the uprooted bitumen as possible. 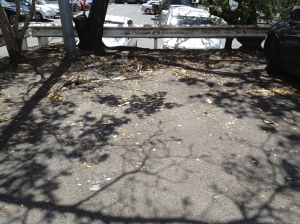 The “offending” car space. Spot the white line, if you can…

What happened next rattled me. As I alighted from my car, an angry white male, in his late 50s to early 60s, was standing there, screaming at me, saying he had wanted to park in the space beside me (for the record, there were plenty of empty car parks around). And in an absolute rage he started roaring: “Just take a look at yourself Sweetie!” At first, I didn’t know what I’d done and then I pointed out that I simply could not see where the white lines were meant to be. He paused and agreed with me, stating he had already complained to the shopping centre about this. Which I would have thought was the end of the argument. But then he came menacingly close, and just kept yelling at me: “Take a good look at yourself Sweetie!” The only thing I could do was mutter: “Don’t call me Sweetie”, which further infuriated him as he spat out the word “Sweetie” over and over again, at one point stepping close as if he was going to hit me. Eventually he drove off, and I sat in my car and wept. I cried because I was shocked, scared and stunned at the blatant sexism of this man. 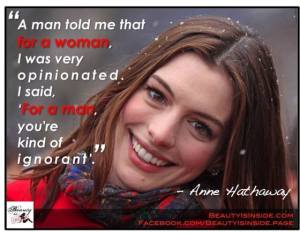 I texted a male friend who urged me to call the police. But I argued the man had not committed any real crime. At the same time a female friend texted and she insisted I make my complaint to shopping centre management, which I did, feeling embarrassed and foolish the whole time, as I wept and shook. They were kind, giving me water and tissues and recording my complaint, but essentially powerless to do anything. As I drove home, without my groceries, I wondered what would have happened had I been dressed in a burqa. I’ve been thinking for weeks about writing about the simmering anger that seems to be pervading Australian streets right now, but until this incident, I felt unable to articulate this new paradigm. 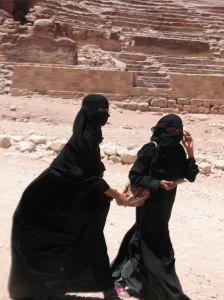 I am not, for one minute, suggesting last week’s incident compares at all to what is happening to peace-loving Muslims in Australia right now. If there are any parallels to be drawn, it’s how unjustifiably angry and disenfranchised some Australians seem to be. And how prepared they are to act on this anger. And that scares me. In the past week, there’s been numerous reports of attacks on Muslim people simply going about their business. A woman in a burqa being set alight by a man; another woman having hot coffee thrown on her from a car window; Muslim kids in a kindergarden in lockdown to protect their safety. Every single day, there’s something nasty and new against Muslim Australians. 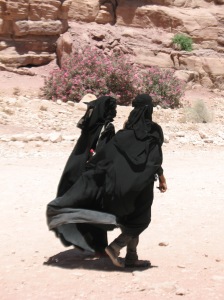 I’m horrified and disgusted by what’s happening to our country right now. And ashamed. I love Australia and I believe we are a big country with a big heart. There’s no room for bigotry. And no room for stupidity. For a Prime Minister who is meant to be showing leadership, I’m appalled that all Tony Abbott has achieved is whip up a culture of pure hatred. I’m stunned that those attacking everyday Muslims going about their business are so ill-informed that they cannot separate the radicalism of those who support the Islamic State from everyday people who look a little different. Given our long record of immigration and multiculturalism, I’m bemused when somebody accuses someone else of being “un-Australian”. I am yet to see a definition of what being an “Australian” is. Is it in how I dress? The colour of my eyes, hair and skin? What I eat or don’t eat? Does it lay in my religion or lack of faith? 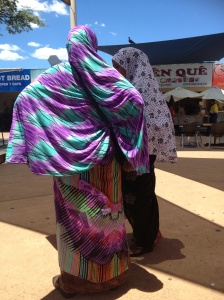 The day after I was abused in the car park, I returned to the shopping centre, as I still needed to get my groceries. And for the first time, I felt fear. But as my morning progressed, I realised that Australians are essentially good people. He’ll never know it, but I thank the man who accidentally bumped into my grocery bags, and then stopped to apologise. Another man let me go first in the queue, even though it was his turn. And so, my confidence returned and more interestingly, I found myself remembering to be compassionate towards others. Yes, we’re Australians, but we are also global citizens, who happen to be incredibly lucky to either be born or have immigrated to this amazing land Down Under. This largely peaceful place of droughts and flooding rains. Of sunshine, beaches, barbecues, rainforests, reefs and yawning Outback. An attack, whether it is by a terrorist organisation, or an angry man in a car park, has always been likely. But a life lived in fear is no life at all. 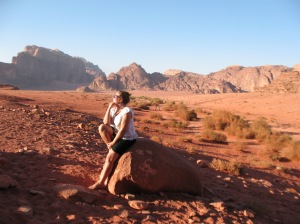 Me, in The Middle East