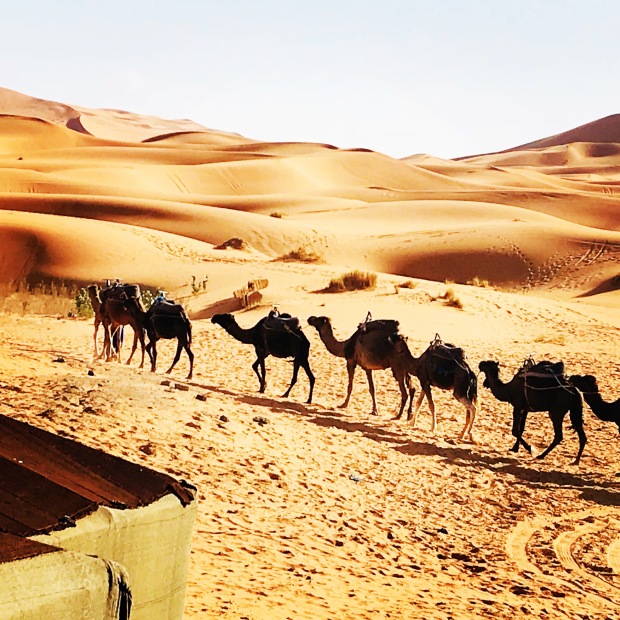 THE scorching Saharan sunshine is beating down upon me as I stumble, for 1.5 hours, barefoot, through Africa’s famed desert. Lawrence of Arabia, I am not. Just a foolish Australian woman who has decided to trek, rather than ride a camel, across this magical Moroccan land. I’m as stubborn as a mule, something I could do with right about now, as I slowly shuffle, increasingly sinking both with the soft sand and emotionally, through this starkly, stunning landscape. 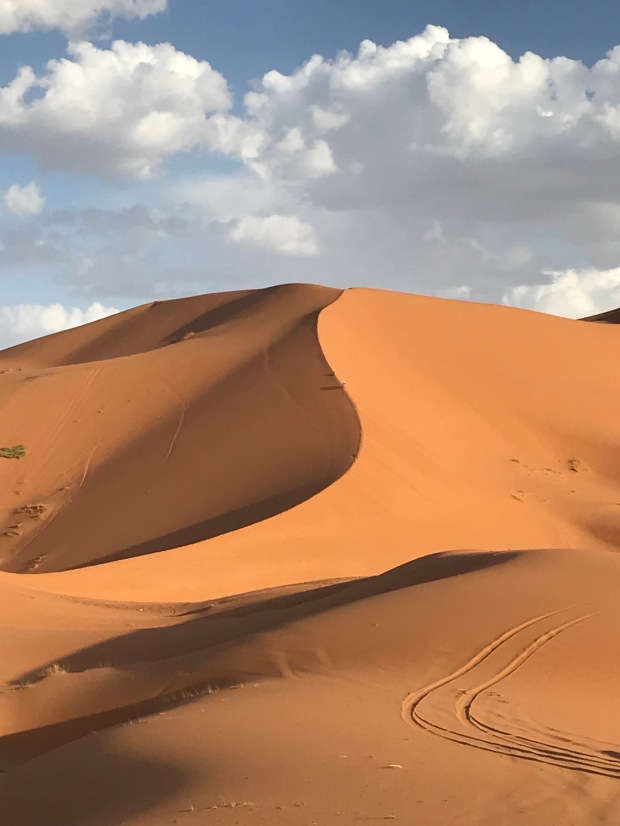 The ochre sand is surprisingly cool and silky underfoot, as I curse my blatant stupidity with every step. What idiot decides to walk through the Sahara, up and over steep sand dunes, when there’s a perfectly competent caravan of camels available? Something that was not lost on the rest of my party, who at this point, are perched high above me, tossing words of encouragement, and the occasional bottle of water, down in my direction. 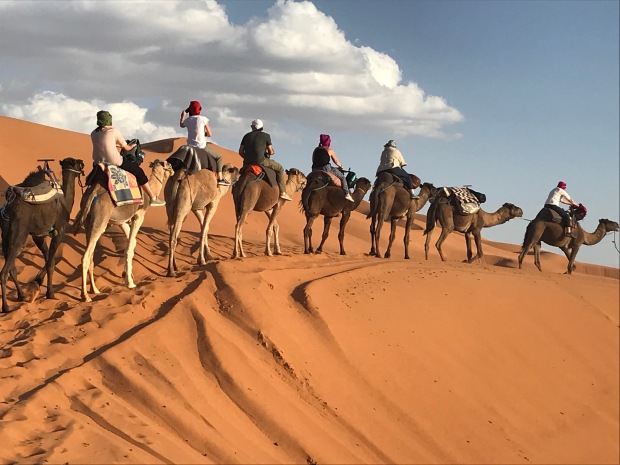 In my defence, while I like camels as animals and admire their incredible efficiency, I once had a bad experience on one while in Alice Springs. It was here, in Australia’s red centre, that my sexually-charged camel at the back of the pack, decided he wanted relations with a hot female at the front of the caravan, and hence proceeded to gallop past the rest of the herd, taking me flying in his wake. Another journalist colleague was once thrown from a camel, breaking several ribs. Camels and journalists get on as well as journalists and accountants. The two just don’t add up. 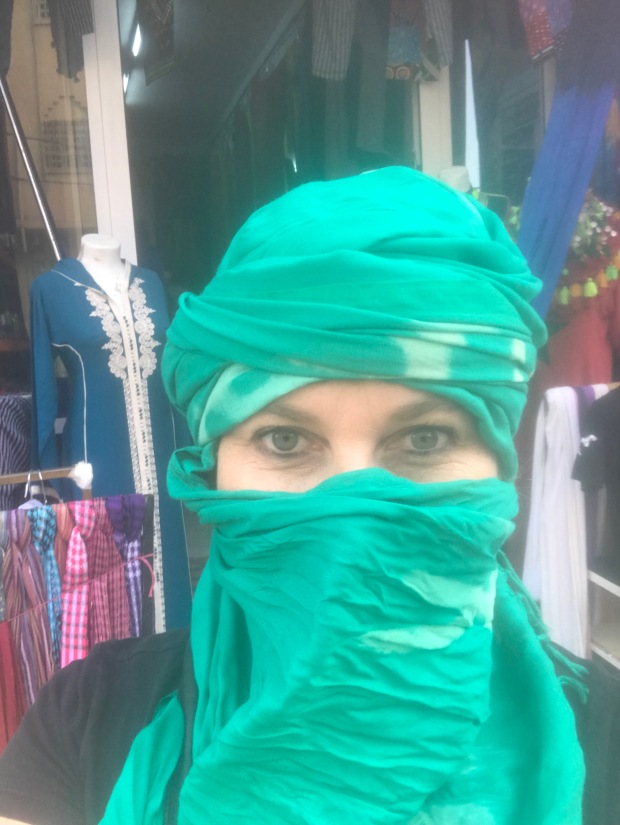 I am on a 13-day Intrepid Tour through mystical Morocco and up until now, things have gone swimmingly. Khaled, my Intrepid Tour Guide, a man for the traditional Berber tribespeople of Morocco, and someone who has become a friend, walks beside me for a while, until it becomes abundantly apparent he is annoyed with my antics. He attempts to show me a “shortcut”, leading me along a knife edge of dunes that are as high as 150 metres and drop away dramatically either side, but I am having none of it. We come to a standstill and bicker like lovers. “You said the sand was hard,” I protest. “No, I meant hard to walk on,” he reasons. Ah, by “hard” he meant “difficult”. Eventually, frustrated, he dumps me back at the camel caravan and disappears into the desert, his long, blue Berber robes flapping dramatically against the rusty landscape. 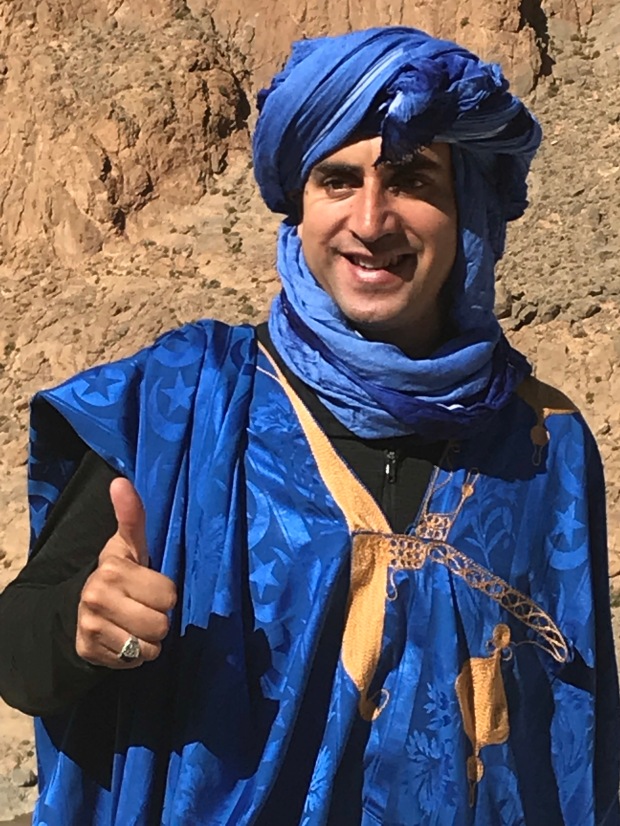 I clearly read the trip notes which said: “If you prefer, it’s possible to walk alongside the caravan on the sand for about an hour. But don’t worry, as it’s a gentle, relaxing walk.” Are they insane? Whoever wrote these notes has never walked beside a camel caravan in soft sand for 1.5 hours under the October Saharan sun. I trek on, caught between the first half of our caravan, and the second. I receive the occasional pitying look from the young camel herder when I ask how much further we have to travel, each peak delivering just more and more desert. I think back to the young Palestinian woman I met on the flight over, who warned me to “watch out” while I’m in the desert as “you never know what’s going to crawl out of the sand…like snakes.” And here I am, barefoot. 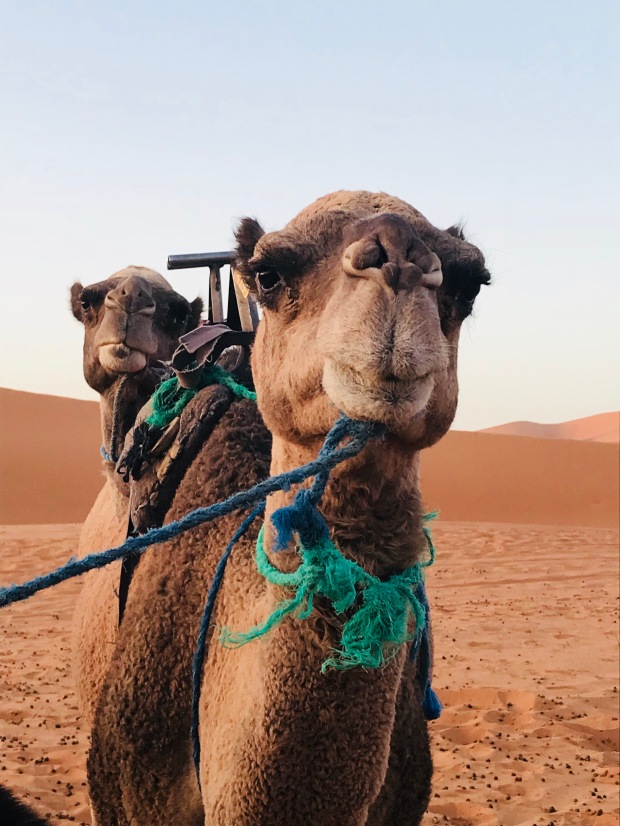 The more pressing issue than snakes is that the sun is setting rapidly and we are not even at camp. I have two choices. To lay down in the desert and die, or to pull myself together and keep walking. I consider the first option for a good minute, before I decide I can do this desert thing. I can make it out of the Sahara alive. The caravan and I limp into camp just as the sun sets and the night is cooling. I am so exhausted I retreat to my basic mattress on the floor and hot, fat tears roll down my face. I’m so angry at Khaled, I can’t even look at him. And even angrier with myself. “The sand wasn’t hard,” I say. “The sand was difficult.” In that cool, crude tent I give myself a good talking to, pull myself together and rejoin the group. One of the group has taken two cracker photos depicting the moment Khaled and I had our spat atop the sand hill, and the other when we made up, strolling down the dune holding hands, smiling. We all look at these perfect pictures depicting one of life’s comical moments and burst out laughing. Khaled and I are friends again. Order is restored. Yes, this was me at my desert dumbest. 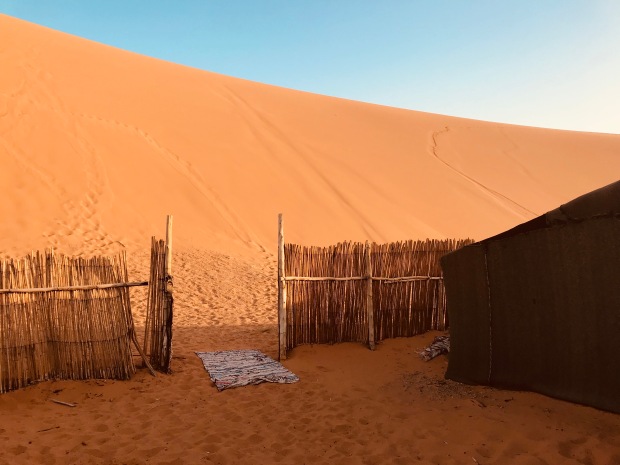 Later that night we eat a simple beef tagine and lay under the stars on woven Moroccan rugs. The clear, cool, North African night sky is a belly dancer’s costume of diamontes. I crawl into my cot and fall asleep to the sound of drums, before the desert finally concedes to a Saharan silence. The next morning, I lay awake, aching, to the symphony of a snoring camel. Yet there remains one problem. How the hell am I getting out of this desert? Luckily, Khaled, professional that he is, has arranged for me not to depart by foot or camel, but a 4×4 over the desert dunes. Under a yawning saffron sunrise, the 4×4 climbs the steep dunes, pauses, and then shoots down into the valleys. I squeal with pure delight. We repeat this giddy trek over and over before I arrive back at our meeting point and I can’t help smiling. These peaks and troughs remind me of why we travel. You never know what’s over that next sand dune. And it turns out to be the ride of my life.
The Global Goddess travelled to Morocco as a guest of Intrepid Travel https://www.intrepidtravel.com/au/morocco/morocco-uncovered-100927 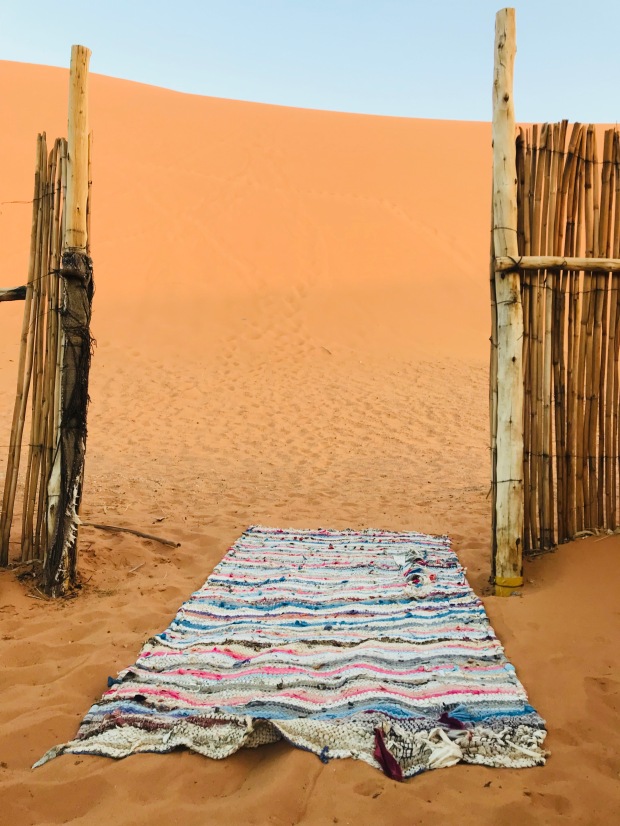